The problem with Bitcoin: how Bitcoin is contributing to global warming 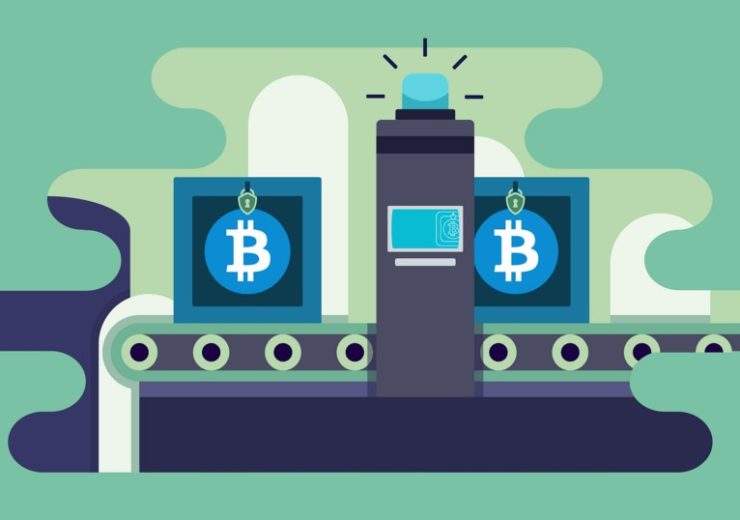 The problem with Bitcoin is that one transaction creates roughly the same amount of carbon dioxide emissions as a return flight from London to Moscow.

While eight hours on a plane burns 420kg of CO2, making a payment with the world’s most popular cryptocurrency isn’t far behind at 396.5kg.

Each year, it consumes the same amount of electricity as the entire country of Austria – the equivalent of powering 6,770,506 US households.

In summary, Bitcoin uses a lot of power.

It’s one of the more recent and lesser-known contributors to climate change and accounts for 0.33% of the world’s electricity consumption, according to the Bitcoin Energy Consumption Index.

A report, recently published in the peer-reviewed journal Nature Climate Change, claimed that if the adoption of Bitcoin continues at a similar rate to other technologies, the digital currency alone could tip the balance in pushing global temperatures up by 2C against pre-industrial levels by 2033 – a scenario the UN Intergovernmental Panel on Climate Change considers “dangerous”.

The research paper points to Bitcoin as a major contributor to climate change and argues it should be considered just as damaging to the environment as the pollution from transport, housing and food.

Alex De Vries, a cryptocurrency specialist at PWC and creator of the Bitcoin Energy Index, says: “I personally only looked at energy consumption and never really looked deeply into the carbon emissions.

“What we find is a pretty shocking conclusion.”

The problem with Bitcoin: Why is Bitcoin such a big polluter?

The main cause of Bitcoin’s huge power consumption stems from the mining process.

The cryptocurrency works by recording a list of every transaction ever made.

This ledger of transactions, known as a blockchain, is designed to stop people spending Bitcoin they do not own, making copies or cancelling transactions.

However, in order to update the blockchain and verify a transaction, a “proof of work” is needed, which essentially amounts to solving an extremely complex algorithm that demands a lot of computational power, and takes roughly ten minutes to perform.

The people solving these algorithms are known as “miners” and are rewarded with Bitcoin for the massive amounts of energy and computer power needed to keep the Bitcoin network running.

But as this network grows alongside the rapid uptake of Bitcoin, the amount of computer power needed grows – and so do the emission levels.

The problem with Bitcoin: How can we calculate Bitcoin’s energy use?

Mr De Vries says: “Since we know how much energy that machine uses, you can get a rough estimate on the total energy consumption.

“But it’s a flawed number as it doesn’t take into account things like cooling and the less efficient machines that the network will be working on.”

“It should cost a Bitcoin to create a Bitcoin for the simple reason that, while its profitable, miners will continue to add more machines and if it’s not profitable they will stop mining.

“We know how much they are earning because of the price of Bitcoin.

“I am looking at what part of that is going towards electricity and, based on that, I come to an energy consumption estimate.”

These two lines, currently operating at about 55 terawatt hours (TWh) of energy and 70TWh per year, are getting closer to one another as Bitcoin miners begin using more efficient machines.

Mr De Vries adds: “The index has shown a flat line for the past month and the room for economic growth has been exhausted.

“If there isn’t any growth, there won’t be an increase in carbon emissions, and that’s something to keep in mind.”

The problem with Bitcoin: What are the greenest cryptocurrencies?

There are many cryptocurrencies that are already running in a much more energy-efficient manner than Bitcoin.

Because the energy consumption is a result of the proof of work algorithm, those that use different methods, such as a consensus algorithm or proof of stake, are much less damaging to the environment, explains Mr De Vries.

“You certainly don’t need the heavy machine power that is making the energy use of Bitcoin so high,” he says.

Traditional payment methods should also not be overlooked, as he adds: “If you look at payment systems like Visa, it publishes its environmental report every year, and based on that, we know that a Visa transaction requires one to two watt hours per transaction.

“This is nothing when compared to Bitcoin, which averages out at 800 to 900kWh– the equivalent of 30 days power for a US household.”

Although there may be a temptation to switch to these more eco-friendly alternatives given the environmental problem with Bitcoin, there is a risk.

“We know Bitcoin and the proof of work algorithm is secure and it has been running since 2009,” says Mr De Vries.

“If you use a different consensus algorithm, you could make it greener but, depending on how you set it up, it could come at the cost of security.

“Right now, these proof of stake algorithms haven’t fully proven themselves and there is a little bit of a risk there so I would be careful about simply switching to a greener alternative.

“Yes, it’s better for the environment, but I couldn’t recommend something that is less secure either.”