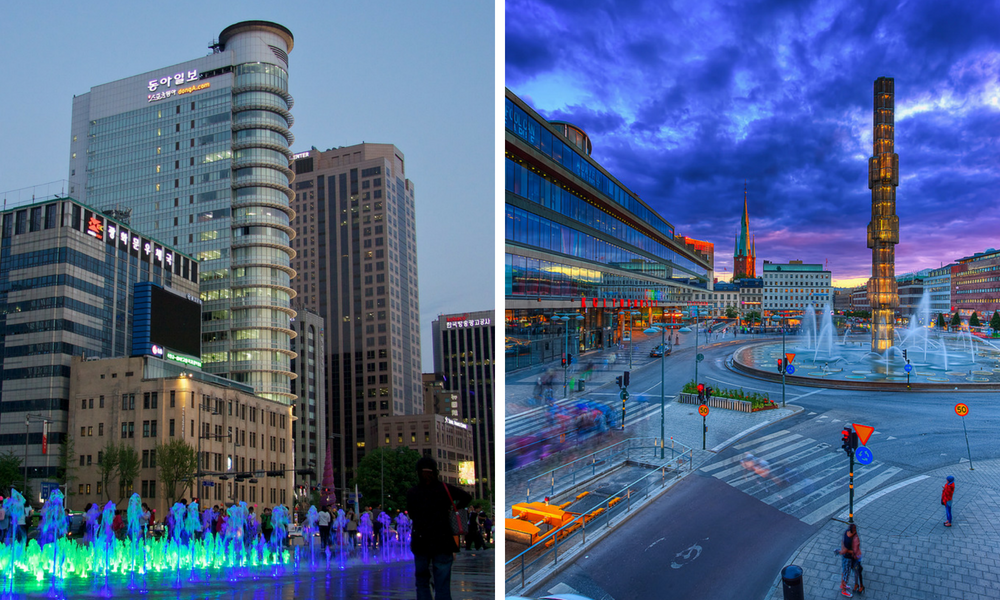 As the 2018 Russia World Cup enters its second week, Sweden and South Korea will follow up a weekend of upsets when they meet at the Nizhny Novgorod Stadium at lunchtime today (18 June).

Sixteen years after co-hosting the 2002 World Cup with Japan and getting all the way to the semi-finals, South Korea has a strong side led by Tottenham striker Son Heung-Min.

Swedish football legend Zlatan Ibrahimović will be absent from the Scandinavian outfit at this World Cup, but the team still looks competitive with Leipzig midfielder Emil Forsberg and former Panathinaikos striker Marcus Berg.

Both sides could have a tough time getting out of their group, which they share with Mexico and Germany, but will be desperate for a win that will put them above the title-holders following their 1-0 loss on Sunday.

Neither side are favourites to win the tournament, but there is a lot of room between the teams.

The Google probability calculator estimates that there is a 46% chance of Sweden winning this afternoon’s tie and a 32% likelihood of the sides reaching a draw.

With odds clearly stacked against South Korea, Compelo has checked how its economy fairs against its Nordic opponent.

Although its land mass is roughly four times that of South Korea’s, the population of the Asian nation is much bigger than Sweden’s.

To put this into perspective, the South Korean capital Seoul almost matches the entire population of Sweden, according to UN World Population Prospects figures.

Given the disparity in population, it will come as no surprise that the economy of South Korea – possibly the most promising emerging market of Asia – is more than double the size of Sweden’s economy.

Integrated circuits were the biggest export of the electronics hub South Korea in 2016, accounting for 15% of the country’s exports, according to the Observatory of Economic Complexity.

Swedish companies do well on the Forbes Global 2000 list of the world’s biggest public companies.

But the manufacturing economy of South Korea has produced bigger players.

The highest entry on the 2018 Forbes Billionaires list for Sweden is Stefan Persson, the chairman of the high street fashion brand H&M.

Ranking as the world’s 73rd richest man, it is estimated that Persson has a net worth of $16.8bn.

By comparison, Samsung chairman Lee Kun-Hee is worth more than $18.6bn and ranks number 61 on the Forbes Billionaires list.

The level of unemployment in Sweden is almost double that of South Korea’s rate of joblessness, according to the CIA World Factbook.

An estimated 6.6% of Swedes were unemployed in 2017, while just 3.8% of South Koreans faced similar turmoil.

The big picture: How CFOs can develop smart strategies through analytics and insight

A question of purpose: How finance can drive an organisation's principles and practices