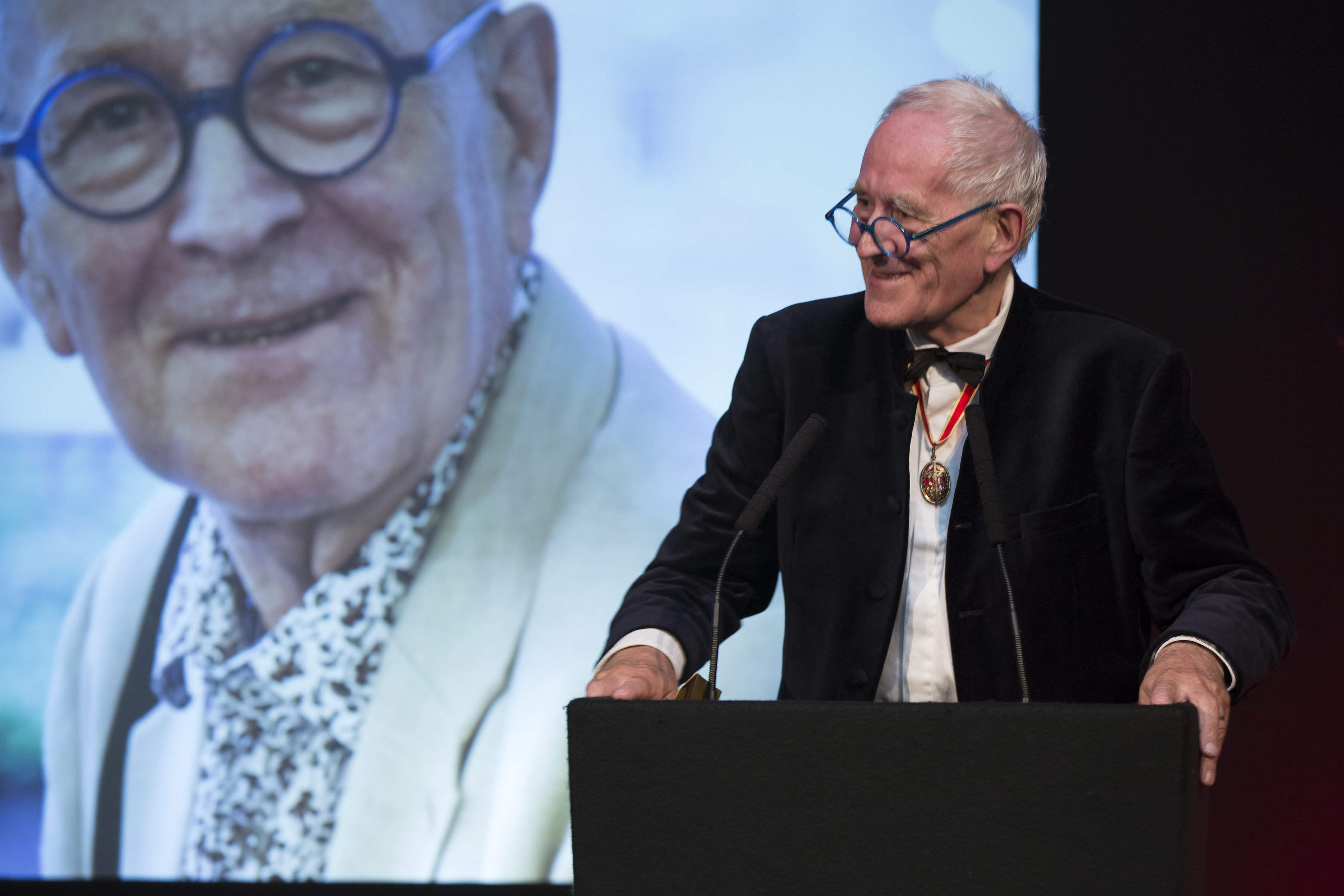 Amongst the rising stars at the 16th annual ABB LEAF Awards, one of architecture’s most celebrated figures, 81-year-old Sir Peter Cook, received the LEAF Award for Lifetime Achievement.

The awards honour some of the best new international architectural designs. As such, all shortlisted and winning projects are recognised as setting the benchmark for the future of the industry.

The overall winner on the night was Canadian practice II BY IV DESIGN for its work on the Residences of 488 University Ave in Toronto. The project additionally won the Interior Design Award – Future category.

The panel applauded the Hamamyolu Urban Deck in Eskisehir, Turkey for “breathing new life into an otherwise forgotten street.” For this reason, Yazgan Design Architecture picked up the trophy for Urban Design Project of the Year.

Founding partner Kerem Yazgan said later: “[To win] was a great feeling, not only for me but also for the city.”

“This modular solution is in harmony with the simplicity of the existing house,” the judging panel said of the modestly named “Extension of the family house” in Bratislava, Slovakia.

Additionally, the judges described the Sheikh Abdullah Al Salem Cultural Centre in Kuwait City as “a celebration of the scientific and cultural achievements of mankind.” Architectural practice SSH consequently picked up Public Building of the Year.

Professor Bob Sheil of the Bartlett School of Architecture presented the LEAF Award for Lifetime Achievement to Sir Peter Cook.

“I think it’s fair to say that Peter is the most influential figure in progressive architecture education in the last 50 years,” Sheil said. “It struck me that here we are celebrating somebody’s life who was born in the 1930s, whose ideas are as relevant today as they ever were.”

In addition, he went on to describe Cook as “an extraordinarily generous person” and a “national treasure”.

Cook was knighted in 2007 in recognition of an architectural and teaching career that spans half a century. And he’s not finished yet.

“I’m still the right side of 81,” Cook said as he accepted the award. “The next building is going to be the best one and the funkiest one, so watch out.

“You are a wonderfully international group, and I have spent many decades enjoying being a member of a non-national community,” he added.

Overall, the theme of the evening was “Create the future”. Accordingly, Cook said he hoped the industry would continue to value global collaboration and inventive thinking.

On a lighter note, he concluded: “I’m optimistic that one day we will rediscover the long lunch.”

Power and automation technology specialist ABB is the headline partner and trophy patron of the ABB LEAF Awards. Read more about the 2017 awards, organised by Arena International, here.

In addition, read a full review of the 16th ABB LEAF Awards on the LEAF Review website.