The deal enables the company to become publicly listed, with possible trading on Nasdaq 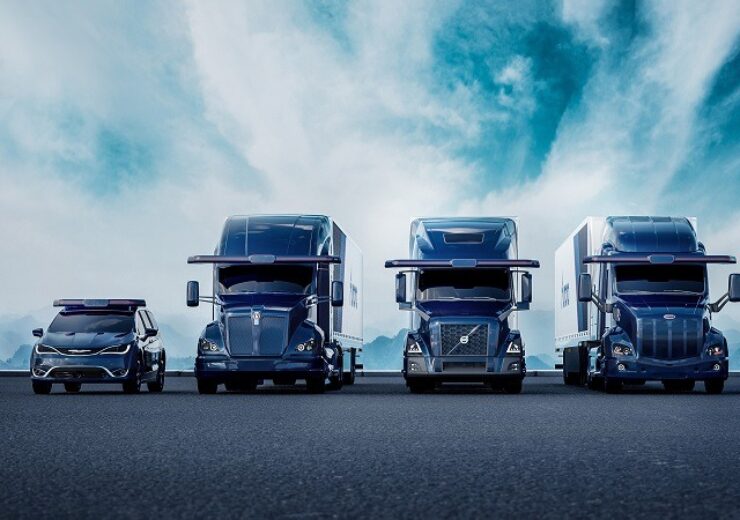 US-based self-driving technology company Aurora has agreed to merge with Reinvent Technology Partners Y, a special purpose acquisition company (SPAC), in a deal that values the combined firm at $13bn.

The deal enables Aurora to become publicly listed. Post-merger, it will be renamed Aurora Innovation and is expected to be listed on Nasdaq.

Aurora’s autonomous driving technology is designed to power multiple vehicle types, ranging from passenger sedans to Class 8 trucks. The company is expected to launch its first autonomous product in late 2023.

Aurora Driver, which is delivered as a service and built for scale, is said to be poised for addressing opportunities in the global trucking, ride-hailing, and last-mile delivery market.

Aurora co-founder and CEO Chris Urmson said: “Our goal at Aurora is to make the movement of goods and people more equitable, productive, dependable, and—crucially—much safer than it is today.

“By combining with Reinvent and with this incredible group of investors, we are even closer to deploying self-driving vehicles and delivering the benefits this technology offers the world.”

The merger with Reinvent will provide the combined company nearly $2.5bn in cash at closing. This includes up to nearly $977.5m of cash held in the SPAC’s trust account which was raised from its initial public offering.

The deal is backed by a private investment in public equity (PIPE) of $1bn from investors that include funds and accounts managed by Counterpoint Global (Morgan Stanley), Primecap Management, and XN.

Existing Aurora’s shareholders are expected to hold a stake of nearly 84% in the combined company.

Reinvent co-founder and director Mark Pincus said: “We believe Aurora will be the first to commercialise self-driving technology at scale for the U.S. trucking and passenger transportation markets based on its industry-leading team, technology and partnerships.”

The deal, which is subject to approvals of the merging firms’ shareholders and other customary closing conditions, is expected to close in the latter half of this year.