The FIFA World Cup 2018 kicks off on Thursday 14 June as host nation Russia faces Saudi Arabia in what is expected to be a tight game - while their economies, businesses and wealthiest people are also comparable 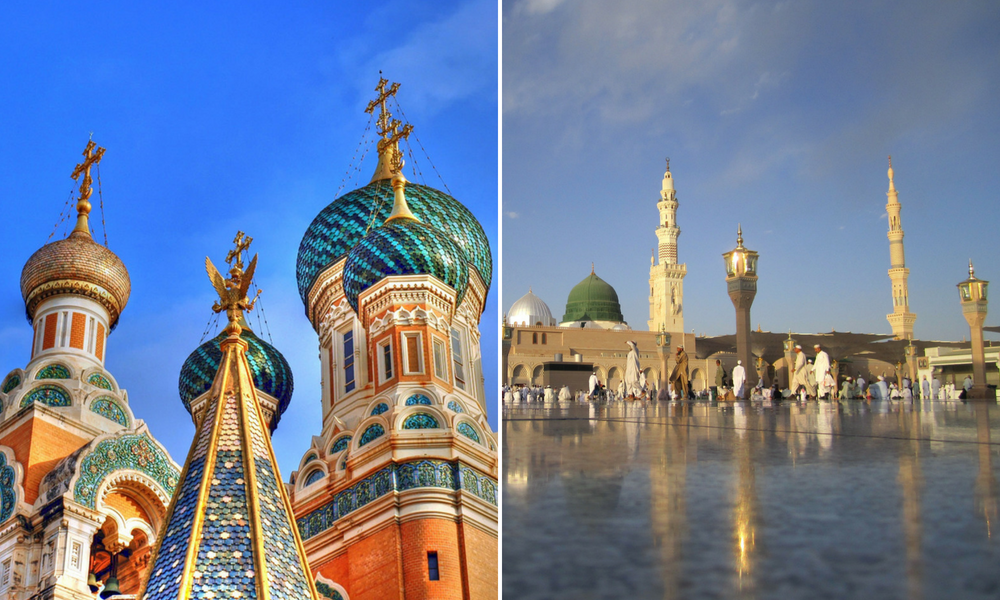 Russia and Saudi Arabia will meet at the 81,000-seater Luzhniki Stadium in Moscow to kick off the 2018 FIFA World Cup in Russia.

Neither of the Group A sides are favourites to win the tournament – at the time of writing, the odds of Russia or Saudi Arabia lifting the trophy are 50/1 and 1000/1 respectively on William Hill.

It’s also questionable whether the sides will find their way to the round of 16 given that they share a group with two-time World Cup winners Uruguay and an Egypt side featuring superstar Liverpool forward Mo Salah.

That is not to say the opening tie will be boring – quite the contrary, given the parity of the sides. Although the probability measurement says there is a 67% chance Russia will win the match, the host nation (#70) is three ranks below Saudi Arabia (#67) in the FIFA world rankings.

Despite that, they are two powerful global economies with its fair share of oil exports, successful businesses and billionaire tycoons.

In an effort to separate the two countries, we have put the state of their economies head-to-head.

It will come as no surprise that the largest country by land mass is also home to a fair few people. The population of Russia stood at 143.96 million in 2017, according to the UN world population prospects report from the same year.

The population of the Saudi Kingdom pales in comparison, both by size and population. The country is home to 33.56 million people.

As well as dwarfing the population of Saudi Arabia, Russia has a gross domestic product (GDP) that is almost double that of its first World Cup rival.

Although both economies are pinned on natural resources – particularly oil – Russia’s GDP in 2016 stood at $1.283tn (£962bn), while $646bn (£484bn) was netted by Saudi Arabia, according to figures published by the World Bank.

It will come as no surprise that the biggest export of both Russia and Saudi Arabia is crude petroleum.

Crude petroleum accounted for a quarter of Russian exports that same year, pumping $85.8bn (£64.4bn) into its economy.

The Forbes Global 2,000 list of the largest public companies on the planet has a number of entries from both countries.

The three highest ranking Russian companies are the gas firm Gazprom (#43), the state-owned Sberbank (#47) and the publicly-traded oil company Rosneft (#73).

Saudi Arabia’s top dogs don’t make it quite so high up the list. Saudi Basic Industries, a manufacturer of products including metals and chemicals, sits at rank 120. Saudi Electricity follows up in second place (#355) ahead of the Saudi Telecom Company (#396).

Vladimir Lisin, the majority shareholder of Novolipetsk Steel, is sat on an extraordinary wealth of $20.19bn (£15bn) – making him the wealthiest man in a country that once sniffed at the prospect of billionaires.

The situation in Saudi Arabia is not so clear cut. Forbes did not include any Saudi Arabians on its list of billionaires this year after the Crown Prince Mohammed Bin Salman raided the fortunes of many of the country’s wealthiest men.

Prior to that shift in affairs, Prince Alwaleed bin Talal was believed to be the country’s richest man with a fortune of $18.7bn (£14bn).

The levels of unemployment in Russia and Saudi Arabia are as tightly matched as their World Cup sides.

Russia had an unemployment level of 5.5% in 2017 while the Saudi Kingdom faired marginally worse with a rate of 5.8% unemployment, according to the CIA World Factbook.