Royal Mail has committed to lowering its carbon emissions, and finding alternative ways to power its 48,000-strong vehicle fleet is high on the agenda 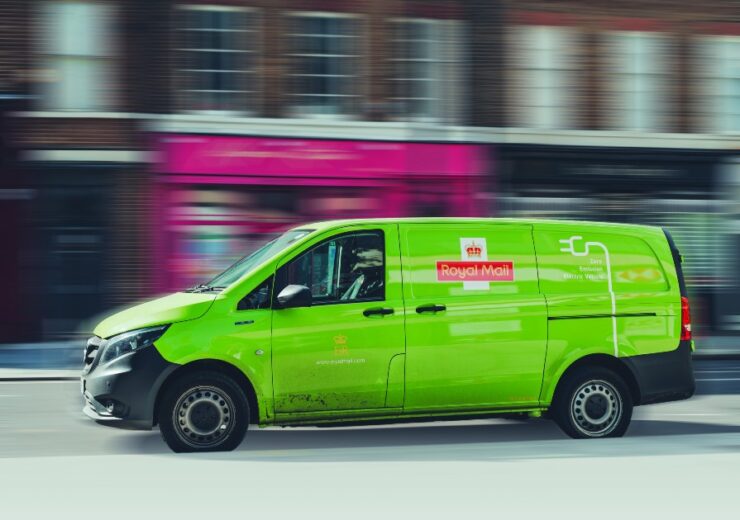 As much as 70% of Royal Mail's CO2 emissions come from its vehicle fleet. (Credit: Alena Veasey/Shutterstock.com)

It would be an understatement to say that Royal Mail has a lot on its plate at the moment: it is two years into a five-year restructuring programme, and adjusting to disruption and demand changes amid the pandemic. Nevertheless, the company is ploughing ahead with ambitious plans to reduce emissions across its large vehicle fleet, as Finance Director Europe writer Martin Morris reports.

Despite its ambitious goals, the company’s recent announcement that 2,000 management jobs will be scrapped by March 2021 is confirmation of years of falling profits.

This was in part due to Royal Mail’s failure to respond fast enough to declining letter volumes, alongside a more recent boom in parcel volumes linked to online shopping – a trend that has been accelerated by Covid-19. Ironically, however, this makes its longer-term objectives of boosting parcel output more realisable.

Although such ‘slash-and-burn’ initiatives – which will see staff costs reduced by £130m in 2021 and a further £300m of spending cuts made over the next two years – will always grab the headlines, it’s just as important to point out the cost savings being made elsewhere.

Notably, Royal Mail is striving to meet its long-stated carbon emissions targets – its 48,000-strong vehicle fleet is responsible for an estimated 70% of the company’s total CO2 emissions, so there is plenty of room for further improvements in operational efficiency.

In the here and now, however, Covid-19 is having a palpable impact on the bottom line, with a 37% uptick in parcels volumes at the height of the pandemic’s first wave in April and May being undercut by total costs surging to £80m – primarily driven by overtime costs in response to high levels of employee absence, coupled with PPE and parcel-related volume costs.

In short, repurposing the company’s business model is proving financially painful in the short term and future assumptions have already been altered. In September 2020, Royal Mail revised upwards its net-cost estimate resulting from the shift in its business model to £140m–160m from an earlier forecast of £110m. It also raised its estimate of costs related to the global pandemic from £120m to £140m.

Charting its way through choppy Covid-19 waters like the rest of the world, Royal Mail was at least better prepared for the crisis than some when it came to managing its vehicle fleet – both in terms of maintaining operational efficiency and meeting longer-term strategic carbon emissions goals.

A case in point has been its partnership with a software vendor, which was tasked with examining the collection, coverage and accuracy of Royal Mail’s environmental data – three key challenges that need to be investigated and addressed; especially if it could lessen the risk associated with Royal Mail’s existing manual spreadsheet processes for collecting, managing and reporting emissions information.

Given that as much as 70% of Royal Mail’s CO2 emissions come from its vehicles and transport fleet, it became obvious that being able to accurately report fleet-related emissions was necessary for the company to be able to gauge its performance against the ambitious targets set out in its environmental strategy.

All historic emissions data has been migrated into the environment module and will subsequently be implemented across Royal Mail, where data can later be updated from over 1,600 sites across the UK, as well as its international arm, General Logistics Services.

It does so by taking averages, plugging gaps with previous years’ data or using a normalised intensity factor, which is then replaced when actual data is added. Hence, it has enabled the company to report more robust electricity and water usage data.

Royal Mail achieved its 2020–21 target to reduce absolute carbon emissions by 20% against a 2004–05 baseline four years ahead of schedule. That same year the company also exceeded its target to divert 93% of waste from landfill, diverting a record 99% of its waste.

As David Waterson, Royal Mail’s carbon and environment programmes manager, put it in December 2019: “Our partnership has enabled us to improve data accuracy and has increased confidence in reporting our achievements against our targets, both now and in the future.”

If improved data capture and monitoring helps determine when, where and how Royal Mail’s commercial fleet should be on the road, as well as improving its green credentials, other projects have separate, yet related, roles to play.

The company announced in July 2020, for example, that it was implementing Trailar solar technology as standard on the company’s double-deck trailers. The deal not only delivers core fuel and CO2 savings, but also significant operational benefits.

What this means at the coalface is that trailers will become self-sufficient, having historically been reliant on the tractor unit to maintain their battery life.

“Removing this dependency means that our double-deck trailers are operationally ready when required for loading. Less time in the yard means more time on the road, optimising our service further for the end customer,” says Grahame Bennett, head of fleet engineering solutions at Royal Mail.

“Vehicle telematics and data are a leading factor in any successful transport business,” he added. “Trailar have provided us with more detailed insights into our trailers than ever before. Using this information, we have a better knowledge of our trailers and their operation, as well as being able to proactively maintain them.”

Indeed, with network volumes naturally increasing, vehicle off-road assets from increased usage will start to play a major role in disrupting service levels. Factoring in the work of solar systems to improve the trailers’ welfare, coupled with the telematic information available, the fleet can be proactively maintained to ensure trailers are only off the road when they are planned to be.

By its own analysis and employing its ‘feet on the street’ network of postal workers, Royal Mail already offers the lowest reported CO2 per parcel of any major UK delivery operator.

Yet it has ambitious plans in place to reduce its environmental footprint even further by transitioning to a fleet fuelled entirely by alternative fuel.

To this end, it launched a new trial in early 2020 – the electric taxi van, based on a London taxi cab, for parcel deliveries, which it is operating across a number of locations in the UK, providing the company with extended range and zero emissions.

Given Royal Mail’s commitment to making changes to its operations that reduce environmental impact, Paul Gatti, fleet director at Royal Mail noted in July 2020: “Alongside the introduction of electric vans in locations across our business, this trial is part of a programme of initiatives that allow us to experiment with ways to achieve this, while enabling us to continue to deliver letters and parcels safely, efficiently and responsibly.”

Like many other businesses, Royal Mail has planned preventative maintenance (PPM) in place – a proactive, rather than reactive, scheduled maintenance regime to ensure machinery, services and equipment are maintained at regular intervals that should minimise partial or complete failure that could lead to costly business interruptions.

It’s a point never lost on Royal Mail, which won a Fleet News award for cost saving initiative of the year in 2017. Its PPM process helped to increase the mean time between vehicle failures by 26% year-on-year – this equated to a 3% reduction in total workshop visits, with vehicles needing maintenance six times in 2017 compared with the typical average of eight.

In the wider sphere, Royal Mail is also currently involved in Optimise Prime, a £34.5m project part-funded by Ofgem’s Network Innovation Competition. It also recently joined the UK Electric Fleets Coalition, which has called on the UK government to commit to 100% zero-emissions car and van sales by 2030, instead of the current target of 2035.

The coalition, which includes BT, Centrica, Heathrow Airport, Severn Trent, SSE, Tesco and Unilever, among others, has also pressured the UK government to support domestic manufacturing of battery electric vehicles to boost the automotive sector.

Its other stated objective is to help distribution network operators, fleet and private hire vehicle operators and technology providers plan for, and promote, the EV revolution.

Besides responding to the growing impact of climate change more generally, the reasoning behind this project is the recognition that commercial EV expansion is an especially challenging task, given the vehicles’ high energy requirements and need for charging locations clustered around depots.

So, the argument goes that if such uptake is not managed, costly network reinforcements may be required. These costs would inevitably be passed on either to connected customers through higher bills or paid by the fleet needing the connection, likely deterring companies from transitioning to EVs.

By creating a detailed picture of the demands of its electric fleet and private hire vehicles, it should be possible to create solutions to reduce the operating costs of EV fleets – for example, charging vehicles outside of the electricity network’s peak times.

Moreover, it is the first project of its type to specifically address the network challenges of commercial EVs, which have different operational requirements to domestic vehicles and, in theory, should lead to an improved understanding of EV behaviour.

In the meantime, Royal Mail signed a three-year framework contract with EDF in January 2020, under which the energy company will provide charging points and associated maintenance and ancillary items at Royal Mail Group sites across the south-east of England.

Yet, there is still more to be done: despite the addition of 87 all-electric vans to its Mount Pleasant mail centre in London back in February 2020, Royal Mail still only has an estimated 290 EVs in its current fleet of 48,000 vehicles.

Nonetheless, the switchover to EVs is likely to be accelerated by improved battery technology and lower unit costs over the coming years. And Royal Mail has every intention of being at the front of the queue when these innovations are eventually rolled out.