Having been hit by a £671m corruption fine and posting the single biggest loss in corporate history, Rolls-Royce has had a tough time in recent years - and now it's scaled a new low point by announcing severe job cuts in its civil aerospace division 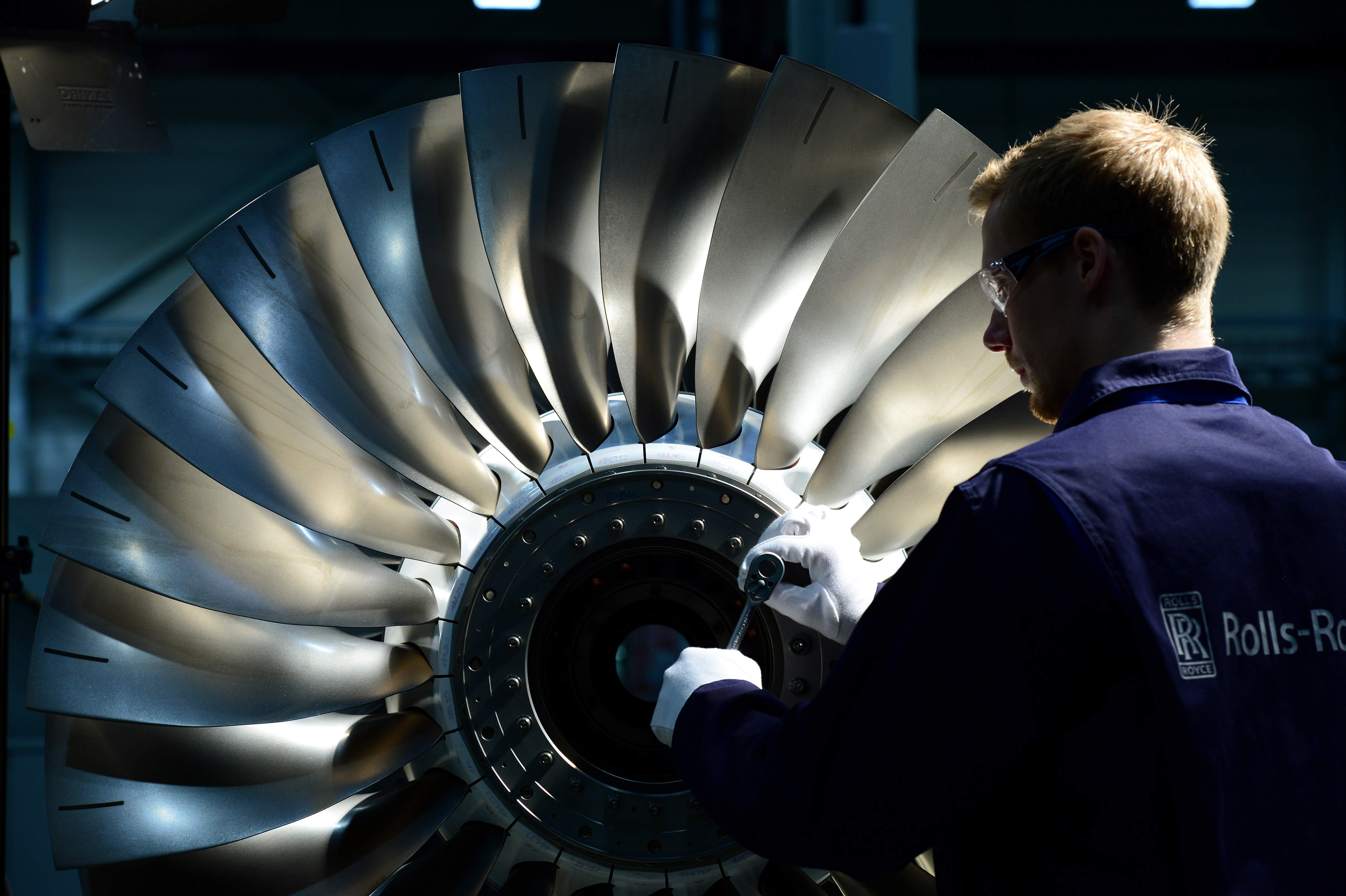 As Rolls-Royce announces it will cut 4,600 jobs managerial and support jobs at its various locations across Britain over the next two years, it marked the latest step in a turbulent period for the global engineering giant.

A third of the cuts are expected to take effect by the end of 2018, with the total number representing a significant chunk of the FTSE 100 company’s 26,000-strong UK workforce.

The job cuts will mainly the impact on the civil aerospace operation, which makes engines used in Boeing airplanes and is mainly based in Derby, where 15,700 people are employed. About 3,000 of the job losses will be based in the UK.

Rolls-Royce chief executive Warren East said: “It is never an easy decision to reduce our workforce, but we must create a commercial organisation that is as world-leading as our technologies. To do this we are fundamentally changing how we work.

“These changes will help us deliver over the mid and longer-term a level of free cash flow well beyond our near-term ambition of around £1bn by around 2020.”

The lay-offs are part of a major restructuring project expected to cost £500m, but which would apparently save the company £400m by the end of 2020.

This is just the latest in series of gloomy Rolls-Royce announcements in recent years.

Back in 2016, Rolls-Royce sustained the biggest financial hit in its 134-year history – and British corporate history as a whole – in the form a statutory pre-tax loss of £4.6bn.

It came when, post-Brexit, the business was forced to write down its currency hedges – worth more than £30bn – which it uses to protect against currency fluctuations as part of national accounting rules.

Mr East, who became CEO of the company in April 2015, said in a statement at the time: “This has no impact on what is really going on in the business and cash, it is just an accounting measure.”

A full £671m of the loss can also be traced back to the cost of settling corruption charges levied against Rolls-Royce in the same year.

The penalties pertained to allegations that the company’s middlemen bribed global officials between 1989 and 2013 in order to win contracts.

The presiding judge praised the co-operation of the firm’s current management during proceedings, however, which helped Rolls-Royce to settle the matter in private rather than at a potentially damaging public trial.

Rolls-Royce then announced it would pay £497m to the UK Serious Fraud Office (SFO), another £140m to the US Department of Justice and £21.5m to the Brazilian authorities.

The process capped off a woeful 2016 for the company which, excluding the cost of the trial and the pre-tax loss, reported a 2% dip in revenue to £13.8bn for the year, as well as a pre-tax profit fall of 49%.

The judge who oversaw the settlement, Sir Brian Leveson, said “truly vast, endemic bribery has taken place within the company”.

He added: “The penalty could have been much higher if Rolls had not co-operated or transformed its leadership and behaviour since the illegal practices were discovered.”

Things would only get worse heading into this year, too.

The perennially problematic Trent 1000 and 900 engines forced the firm to estimate spending £370m on fixing relevant issues this year.

One version of the Trent 1000 engine – the Package C version – had major durability drawbacks, specifically concerning its compressor.

The issues meant Rolls-Royce had to lower the inspection interval for 380 of the engines from 2,000 cycles to just 300, which is certain to negatively impact airline flight schedules as well as the company’s books.

This year’s costs add to the £170m the firm had to spend on repairs and various compensation expenses relating to problems with both the Trent 1000 and Trent 900.

And it expects to have to spend a further £270m next year.

A spokesperson from the Department for Business, Innovation and Skills said: “The Government is in regular contact with Rolls-Royce on its plans to reduce its back office and support functions workforce as a result of its restructuring programme.

“This is clearly an uncertain time for affected employees and their families and Jobcentre Plus Rapid Response stands ready to help people back into employment as soon as possible.

“Rolls-Royce continues to invest in its UK operations, most recently with an additional £150m in a new large engine test-bed facility in Derby, positioning it to grow further and support increased engine production to deliver on its record order book.”

Not everyone is as optimistic

John Plueger, CEO of US plane financing giant Air Lease Corp, told Bloomberg that Rolls-Royce might be getting a handle on the Trent 1000 problem technically, but its ability to fix it “resource-wise” is concerning.

He said: “You look at the supply chain and you have a real constrained ability for these engine manufacturers to ramp up production and support new aircraft as well as the in-service fleet.”

In a statement today (15 June), the company said it will outline its revised KPIs (key performance indicators), focusing on CPS (cash flow per share) and CROIC (cash flow return on invested capital).

Chief financial officer Stephen Daintith said: “We are coming out of a significant investment cycle and are poised to deliver much improved returns.

“To achieve this, we must focus on reducing further the original equipment cash deficit per engine, increasing our aftermarket cash margins and ‘bending the fixed cost curve’ by focusing on R&D, capital expenditure and commercial and administration costs.”

He added: “The restructuring programme is a key enabler to delivering reductions in our fixed costs, while allowing our businesses to be more accountable for their own costs.

“Our mid-term ambition is to deliver free cash flow per share of over £1 and to generate annual cash flow return on invested capital of 15% through the cycle.”

It’s not all bad news for the engine marker.

A day after it announced the job cuts, shares in Rolls-Royce were soaring again this morning (Friday 15 June).

About 45 minutes into trading, the stock was up by more than 13% – the highest it’s been for two years and currently the best performer on the FTSE 100.