The partners will integrate the virtual driver technology of Pony.ai with SANY Heavy Truck’s technical expertise in wire-controlled chassis and vehicle development 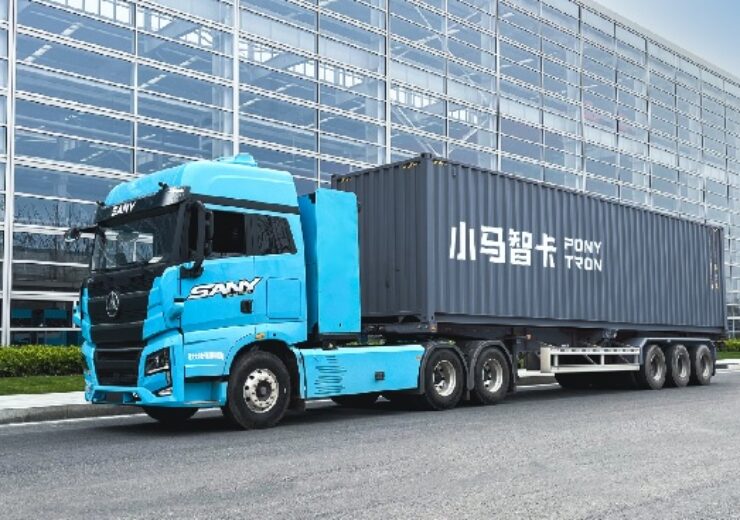 Autonomous driving technology firm Pony.ai has formed a joint venture (JV) with SANY Heavy Truck to develop the next generation of autonomous trucks for mass production.

Pony.ai and SANY Heavy Truck will work together to create an autonomous truck brand.

The partners will integrate Pony.ai’s virtual driver technology with the latter’s technical expertise in wire-controlled chassis and vehicle development. Using these, the duo aims to co-develop high-end heavy trucks that are automotive-grade and have L4-class redundancies.

The joint venture expects to begin small-scale deliveries of the robotrucks in 2022 and next year. Mass production of the L4 truck will begin in 2024 with an aim to reach an annual production of nearly 10,000 trucks within a few years.

“This partnership, which features complementary strengths and competitive advantages, will advance autonomous trucking and logistics well into the future and will lead to a safer, more efficient, intelligent logistics system.”

According to Pony.ai, the first prototype of the autonomous truck was developed on SANY’s new electric vehicle EV truck platform and has already gone through road testing.

The autonomous truck product portfolio of the joint venture will feature a mix of new energy vehicles (NEVs) and fuel-based. In the future, the parties aim to increase the numbers of NEV trucks.

Earlier this year, Pony.ai created a joint venture called Cyantron with Chinese logistics firm Sinotrans with an aim to develop a smart logistics network that will feature self-driving trucking technologies.