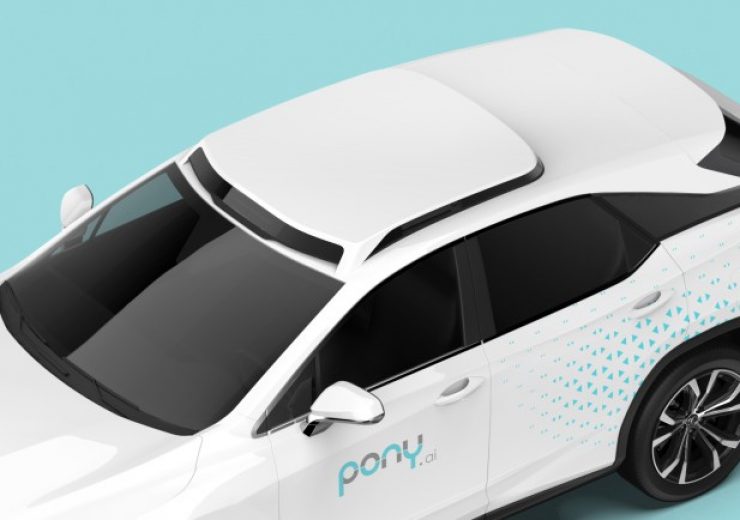 Pony.ai has partnered with Luminar Technologies to unveil a new autonomous driving platform for its next-generation robotaxis.

Pony.ai’s next-generation robotaxis are expected to feature Luminar’s Iris sensors, which are said to have a maximum range of 500 metres.

The fleet will also feature a multi-sensor 360-degree configuration and a slim profile roofline at just 10cm off of the vehicle roof.

Pony.ai CEO and founder James Peng said: “Partnering with Luminar is a critical enabling milestone for Pony.ai as we build our next-generation system and prepare for large-scale series production.

“Luminar is in a league of their own when it comes to lidar and shares our belief that delivering autonomous mobility globally will enable a safe and sustainable future. We’re excited to realize that vision together with them.”

The autonomous driving technology company claims to have provided more than 220,000 robotaxi rides.

In addition, Pony.ai announced that it has driven five million kilometres across an operational coverage area of over 850km².

With a fleet of more than 200 autonomous vehicles, the self-driving company has deployments across five cities internationally.

The partnership with Luminar follows Pony.ai’s expansion of its robotaxi service across five cities in China and the US. The company has its service in Guangzhou, Shanghai, Beijing, Irvine and Fremont, California.

Testing of China’s first robotaxi service, PonyPilot, was commenced by the company in Guangzhou in late 2018. In the following year, Pony.ai launched a public-facing robotaxi service in California.

Luminar founder and CEO Austin Russell said: “Pony.ai’s vision to create a dynamic, vehicle-agnostic autonomous driving system is very impressive, and it has already demonstrated a clear leadership position for Robotaxi development in China and beyond.

“We’re leveraging the full extent of the technology and product development work we’ve accomplished over the years, and directly re-applying it to Pony.ai’s platform and fleet.

“This partnership marks a significant milestone towards the realization of safe autonomous Robotaxi services in the years to come.”

With a valuation of $5.3bn, Pony.ai is backed by major investors that include Toyota, Ontario Teachers’ Pension Plan, Sequoia Capital China, and IDG Capital.

Founded in 2012, Luminar is an autonomous vehicle sensor and software company with offices in Palo Alto, Orlando, Colorado Springs, Detroit, and Munich.