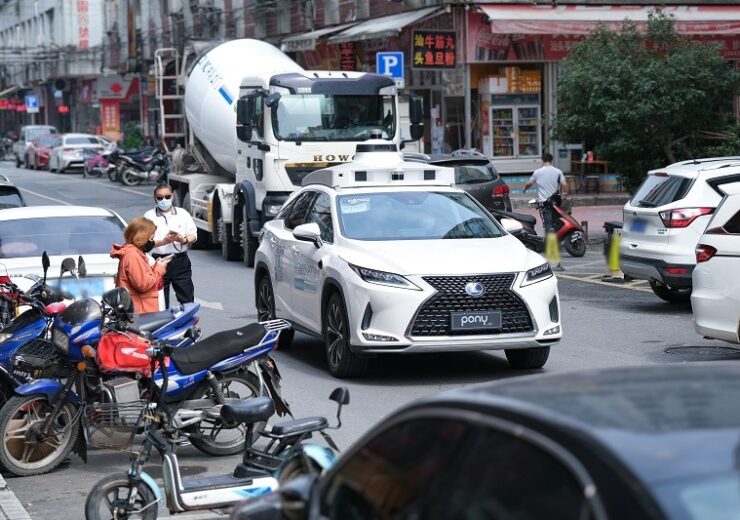 Pony.ai, a US-based autonomous driving technology company, said that it has secured a taxi license for its robotaxis in China.

The company was granted a permit for operating 100 autonomous vehicles as traditional taxis in Nansha, Guangzhou.

Pony.ai said that it will begin charging fares in May in the entire 800km2 of Nansha where it will operate 100 robotaxis. The company plans to gradually increase the scale and scope of service to other areas of Guangzhou to serve more residents.

“We will expand the scale of our services, provide quality travel experiences to the public in Guangzhou, create an industry benchmark for robotaxi services and continue to lead the commercialisation of robotaxis and robotrucks.”

According to the autonomous driving technology company, passengers in Nansha can hail rides and pay for the service via the PonyPilot+ App.

The company said that currently, its robotaxis have safety drivers who are expected to be removed over the short to intermediate time frame.

Pony.ai claimed that it is now the only company to have approval for autonomous driving commercialisation services in two Tier-1 cities in China. In December 2021, the company started testing autonomous driving on public roads in Shenzhen in Guangdong Province.

With commercialisation in Beijing and Guangzhou, the company intends to grow its commercialised robotaxi presence to the other two Tier-1 cities in China in 2023. It also plans to foray into more cities by the start of its mass commercialisation, which is targeted for 2024/2025.

Presently, Pony.ai has autonomous vehicle testing and operations in all the four Chinese Tier-1 cities and in California.

Pony.ai co-founder and CTO Tiancheng Lou said: “The inclusion of autonomous vehicles in the unified and standardised management of taxis proves that both government policy and the public are increasingly accepting robotaxis as a form of everyday transportation, recognising the ride experience and technical stability of Pony.ai’s robotaxi.”