British Airways owner International Airline Group has a new rival in Scandinavian low-cost carrier Norwegian, which has turned down three bids from the airline giant as it continue its rapid long-haul expansion - here's the story behind its growth from a regional airline to one of the world's biggest players in the skies 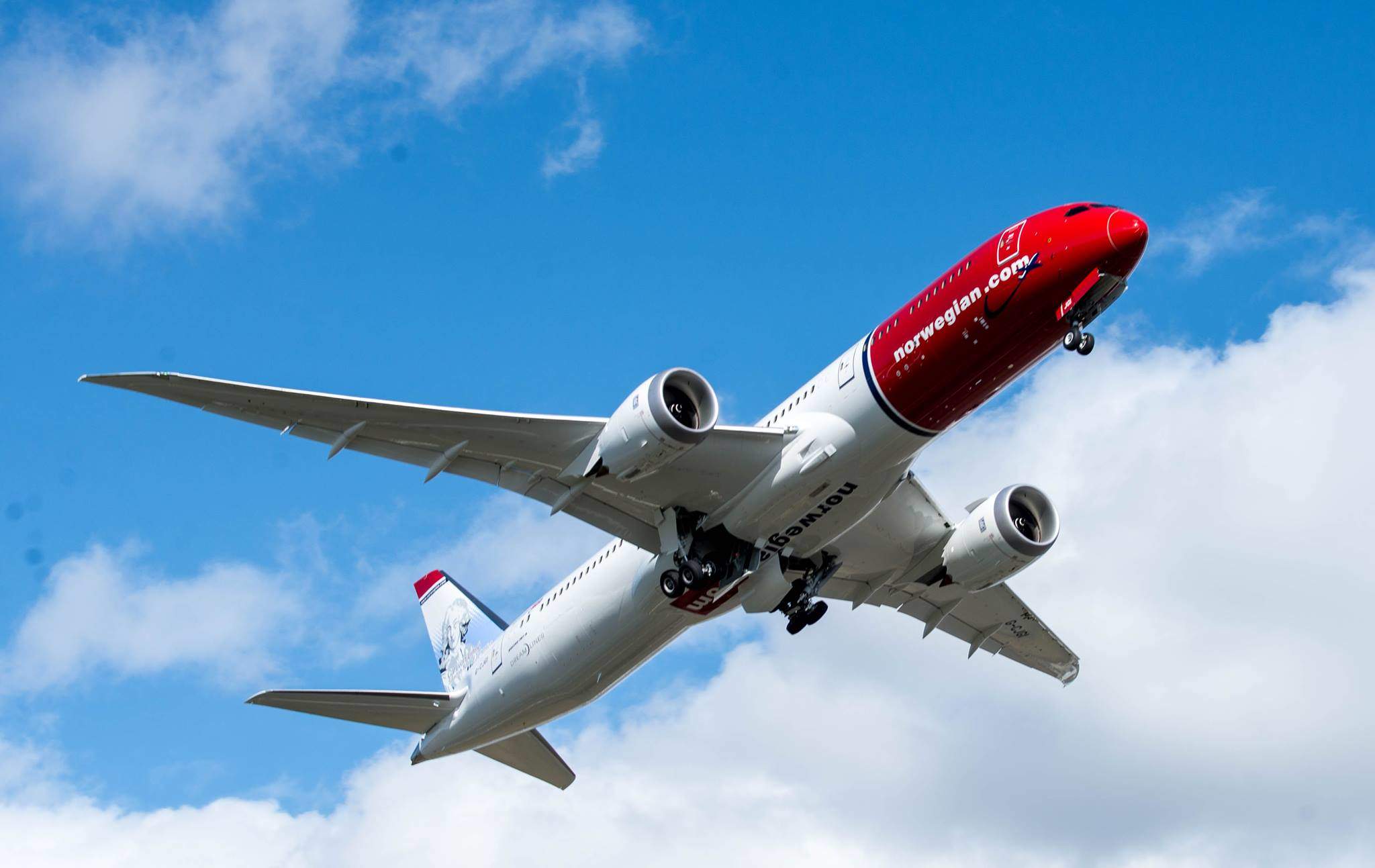 It’s been around since 1993 but airline Norwegian has really come into the public eye in the past few years after shaking up the long-haul flight market with ultra-low costs.

Shares of the fastest-growing transatlantic carrier shot up 20% last month when International Airline Group (IAG) expressed an interest in making an offer to buy Norwegian, and followed it up with two more bids since.

The owner of British Airways already owns a stake of 4.6% in the Scandinavian carrier’s parent company Norwegian Air Shuttle but reportedly made a third bid earlier this month worth £1.3bn for full ownership.

Norwegian, valued above £900m as of April, welcomed the news as further validation of its business model, which has brought the company a predicted summer capacity of more than 1.5 million passengers – 87% more than in 2017.

But it has so far turned down IAG’s advances all the same, and also suggested it has received offers from other major airline groups.

As its seemingly inexorable rise continues, we take a look at why IAG is so keen on buying Norwegian, and how the company has garnered so much attention.

From Scandinavia to New York

It wasn’t until 2002 that it broadened its horizons by taking over the Stavanger to Newcastle route, and began its journey as a low-cost international carrier.

A re-branding to Norwegian followed and new leisure routes were later added to countries including Spain, France, Portugal, Italy and Croatia.

The airline opened a new base at London Gatwick in 2012, shortly before announcing the largest orders of aircraft in European history.

In October of that year, Norwegian’s CEO Bjorn Kjos bought 222 aircraft with the aim of creating a low-cost transatlantic airline.

But it has been in the past 18 months that the airline has really taken a hold in the low-cost, long-haul market, hitting the headlines last year with £99 one-way flights from the UK to New York.

Avoiding an uphill struggle for IAG

IAG is fighting a losing battle against Norwegian for cheap, transatlantic flights.

And it appears the rapidly-growing carrier has no plans of calling it a day anytime soon, with plans announced in February to launch its first flights to Buenos Aires, Tokyo, Shanghai, Beijing, Detroit and parts of the Middle East.

It’s not just the low-fare flight market that IAG needs to defend, too, with Norwegian adding more premium seats to its 787 Boeing Dreamliner aircraft continuously.

To put the rate at which IAG is losing the battle for growth into context, British Airways’ capacity increased by 1.1% between 2016 and 2017.

Norwegian experienced a rise of 111.4% during the same period.

By becoming a parent company to its rival airline, IAG could solve an increasingly concerning problem.

The company has since cut a swathe through its competition with its low-fare service offering cheap, no-frills flights where passengers can omit services like reserved seats, on-board food and checked luggage in the name of saving money.

Other noticeably cheap prices have included flights from the North East US to Europe for as low as $65 (£50) and direct flights from London to Chicago from £179.

The service has proved incredibly popular with passengers who want an option that – while offering less luxury – won’t cripple their bank account.

Rolling with the punches

The airline hasn’t been without its woes in its six-year lifespan.

This year, it reported an operating loss of 46.2m Norwegian krone (£4.16m) between January and March.

But when you compare that with its operating loss of NOK1.49bn (£134m) during the same period in 2017, the company’s resilience becomes apparent.

Norwegian has been able to maintain growth despite challenges, a key component of any company looking to shake up its market the way the airline has.

It now expects a 40% increase in capacity growth for 2018, and has bought more than 200 new fuel-efficient jets to accommodate the new customers it predicts.