The 'Tesla-loving' nation of Norway has already embraced electric cars, and now it's bidding to become a global pioneer in green aviation by creating a fleet of electric planes that could carry passengers within the next seven years 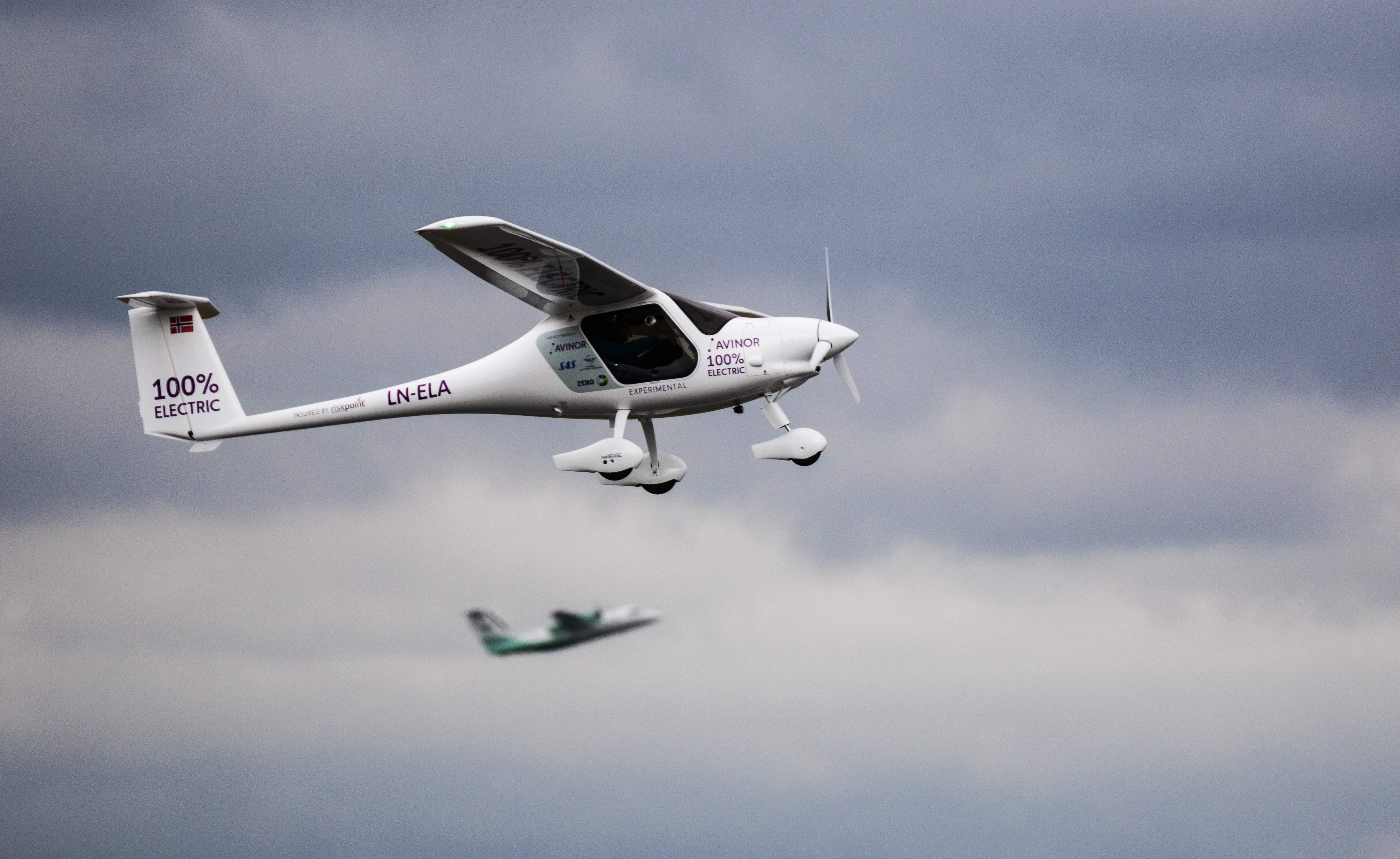 Electric planes could soon be flying over Norway’s skies after the country piloted a greener mode of aviation.

It now with hopes to have the first passengers flying in electric planes by 2025, with a longer-term plan to electrify Norwegian domestic aviation by 2040.

Avinor, a state-owned company that runs many of Norway’s airports, is developing the battery-powered aircraft technology alongside industry partners – and believes the short test flight will show the feasibility of pollution-free aviation.

Being home to some of the busiest flight routes in Europe, Norway wants to be the industry pioneer for electric planes.

As it bids to becomes the world leader in electric aviation, the objectives are for Norway to be the first country where electric-powered planes account for a significant share of the market.

The country is already known as the Tesla-loving nation, where 52% of new cars sold in 2017 were electric or hybrid.

The Government has tasked Avinor with developing a programme for introducing electric planes in commercial aviation, and it is collaborating with project partners and airlines Widerøe, SAS, the Norwegian Association of Air Sports and climate foundation ZERO.

The first electric-powered plane took to the skies

Mr Falk-Petersen said electric planes will benefit a lot of frequent fliers, help reduce emissions and could be an cost-saving scheme.

“Along with energy-saving measures, the ongoing modernisation of aircraft fleets and the introduction of sustainable biofuel, electric aircraft can help to reduce total greenhouse gas emissions from Norwegian aviation in the coming decades,” he said.

“As electric engines cost much less to operate than current engines, this will result in lower prices for flight tickets.”

Avinor has no plans to charge landing fees for electric-powered light planes and will allow them to recharge at no cost until 2025.

Mr Falk-Petersen added: “The Norwegian short-leg domestic network is ideal for trialling the first commercial electric-powered flights, which are expected to have a limited range and capacity.”

The plane, made by Slovenian manufacturer Pipistrel, flies for up to an hour.

Stein Nilsen, CEO of regional airline Widerøe, said: “Today, we fly the smallest aircraft on the shortest routes, based on an aging technology that was developed in the 1970s.

“There’s been much development in the aviation sector, but not on the smallest aircraft.”