Under the contract, Northrop Grumman will be responsible for the production and operations of boosters for Artemis IV-VIII 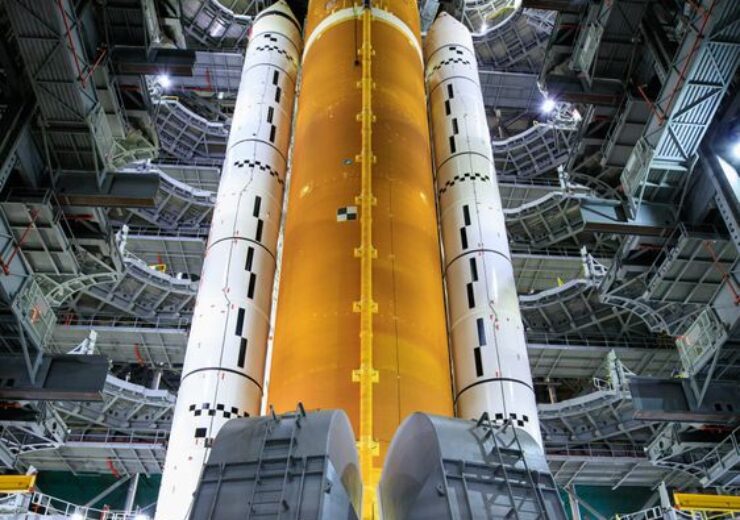 Northrop Grumman has secured a booster production and operations (BPOC) contract worth $3.19bn from NASA to support the latter’s space launch system (SLS) through 2031 as part of the Artemis programme.

The Utah-based company had manufactured booster motors for the first three Artemis missions of NASA and is casting the motors for the agency’s fourth lunar mission.

The SLS rocket along with the Orion spacecraft is part of the US space agency’s backbone for carrying out deep space exploration. With the Artemis missions, NASA plans to land the first woman and the first coloured person on the surface of the Moon, besides setting up a long-term lunar presence to serve as a stepping stone to get to Mars.

NASA said that the contract to Northrop Grumman confirms a letter contract issued to the company in mid-2020 that authorised it to order long-lead items as well as for developing twin boosters for the next six SLS flights.

Under the contract, Northrop Grumman will be responsible for the production and operations of boosters for Artemis IV-VIII. The company will also undertake the design, development, testing, and assessment of a booster as part of Booster Obsolescence and Life Extension (BOLE) for the Artemis IX mission.

According to Northrop Grumman, the new BOLE boosters will come in the place the steel cases used for the shuttle. The boosters will comprise a composite case for saving weight and upgraded structures, electronic thrust vector control systems as well as propellant materials for addressing obsolescence.