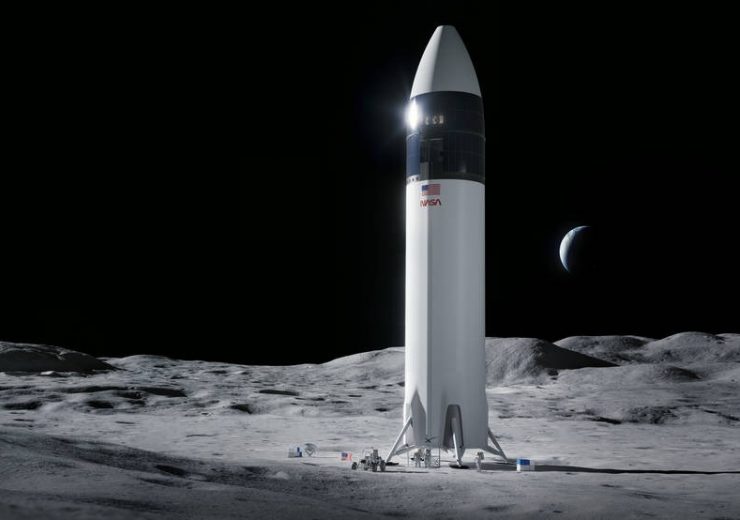 NASA has awarded a $2.89bn contract to SpaceX for developing a commercial human lander to carry two of its astronauts to the Moon as part of the agency’s Artemis programme.

According to the American space agency, the two astronauts will include at least one woman and a person of colour.

NASA said that its Space Launch System rocket will launch four astronauts aboard the Orion spacecraft for carrying out a multi-day journey to lunar orbit. On the orbit, two crew members will shift to the Starship human landing system (HLS) developed by SpaceX for the last leg of their expedition to the Moon surface.

Following nearly a week’s exploration of the Moon’s surface, the two astronauts will get on to the SpaceX HLS Starship for their trip back to orbit for getting back to the Orion spacecraft. After this, the four astronauts will return to Earth.

NASA Human Explorations and Operations Mission Directorate associate administrator Kathy Lueders said: “With this award, NASA and our partners will complete the first crewed demonstration mission to the surface of the Moon in the 21st century as the agency takes a step forward for women’s equality and long-term deep space exploration.

“This critical step puts humanity on a path to sustainable lunar exploration and keeps our eyes on missions farther into the solar system, including Mars.”

The HLS Starship, which has been designed to land on the Moon, is based on SpaceX’s tested Raptor engines and also the flight heritage of the Falcon and Dragon vehicles.

Starship features a spacious cabin and two airlocks to facilitate moonwalks of astronauts. Its architecture is envisioned to evolve to a completely reusable launch and landing system to enable travel to not only Moon, but also to Mars and other destinations.

SpaceX said that its commercial human lander will also carry all of the equipment, supplies, and science payloads required for carrying out comprehensive surface exploration.

The company stated: “Building off the safety and reliability of Dragon and Falcon, Starship will feature proven avionics, guidance and navigation systems, autonomous rendesvous, docking and precision landing capabilities, as well as thermal protection, and a spacious cabin with familiar displays and interfaces utilised on Dragon.”