Under the contract, Collins Aerospace will design and develop a next-generation spacesuit and support system 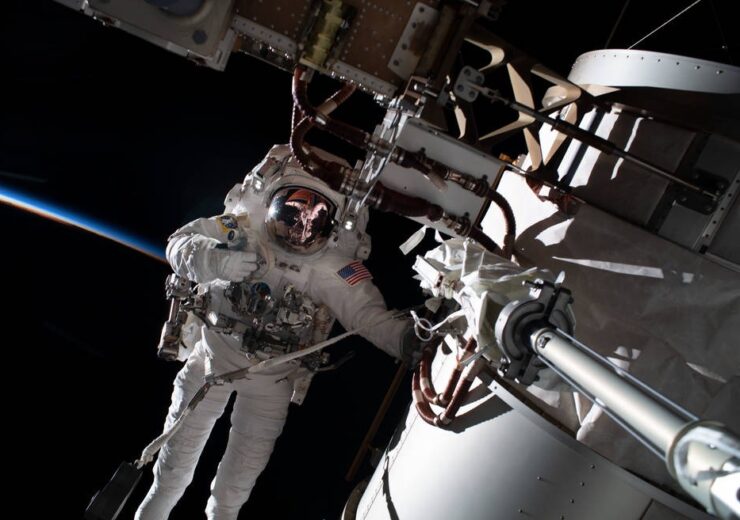 Collins Aerospace to provide a spacewalking system for potential use outside the International Space Station. (Credit: NASA)

NASA has chosen US-based aerospace and defence solutions provider Collins Aerospace under the agency’s Exploration EVA Services contract to supply a spacewalking system for possible use outside the International Space Station.

Under the contract, Collins Aerospace will design and develop a next-generation spacesuit and support systems. In this regard, Collins Aerospace is expected to meet the agency’s key requirements in terms of their design, development, qualification, certification, and production.

The company is expected to complete a critical design review by January 2024.

Besides, Collins Aerospace will demonstrate the use of the suit on Earth in a simulated space setting.

By April 2026, the US federal space agency will have the option of extending the contract for a demonstration with itscrew members outside the space station.

The new suit is expected to provide support for continued station maintenance and operations and is essential to future Artemis missions to the Moon in preparation for Mars, stated NASA.

NASA Johnson Space Center Extravehicular Activity and Human Surface Mobility Program manager Lara Kearney said: “We look forward to obtaining another much-needed service under our contract. By working with industry, NASA is able to continue its over 22-year legacy of maintaining a presence in low-Earth orbit.”

The second contract for a new suit and system is said to bring NASA closer to replacing the current design used by its astronauts for decades for space shuttle and space station missions.