The Mobileye-driven Transporters ADVs are underpinned by a pre-order booked by Donlen for 1,000 vehicles 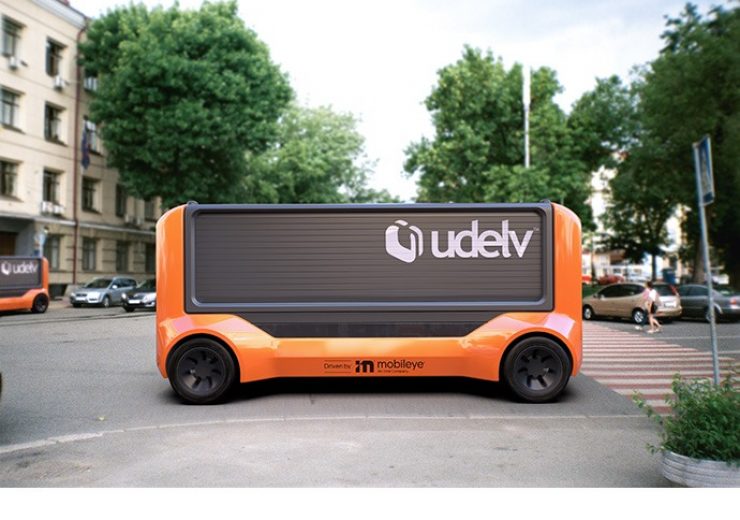 Intel’s Mobileye has signed a deal with Udelv to integrate its Mobileye Drive self-driving system into the latter’s Transporters autonomous delivery vehicles (ADVs).

The companies aim to manufacture over 35,000 Mobileye-driven Transporters by 2028 with commercial operations expected to start in 2023.

Udelv will carry out the integration of Mobileye Drive with its delivery management system, while Mobileye will offer technical oversight. The Intel company will also be responsible for over-the-air software support of the Transporters ADVs.

Mobileye president and CEO Amnon Shashua said: “Our deal with Udelv is significant for its size, scope and rapid deployment timeline, demonstrating our ability to deliver Mobileye Drive for commercial use now and in volume.

“COVID-19 has accelerated demand for autonomous goods delivery, and we are delighted to partner with Udelv to address this demand in the near term.”

According to Intel, urban last-mile delivery volume is expected to increase by 75-80% by 2030 and would need 36% more delivery vehicles.

The company said that the Transporters ADVs could drastically enhance the efficiency of last- and middle-mile delivery services, thereby addressing the shortage of drivers.

The new Transporters ADVs are underpinned by a pre-order for 1,000 vehicles booked by US commercial fleet management company Donlen.

Intel said that the Mobileye-driven Transporters will have the capability of L4 self-driving, point-to-point operation. The ADVs will use Udelv’s tele-operations system for manoeuvring at the edges of the mission, in loading zones, in parking lots, apartment complexes, and private roads.

Udelv CEO and co-founder Daniel Laury said: “Mobileye is the only company providing a full-stack self-driving system with commercial viability and scale today.

“The readiness of Mobileye Drive, along with its vast map coverage of North America, Europe and Asia, will allow us to ramp up the production and deployment of Udelv Transporters and rapidly offer the service at scale to our expanding list of customers.”

In February this year, Intel announced that Mobileye had joined forces with Transdev Autonomous Transport System (ATS) and Lohr Group for developing autonomous shuttles for use in public transportation by 2023.