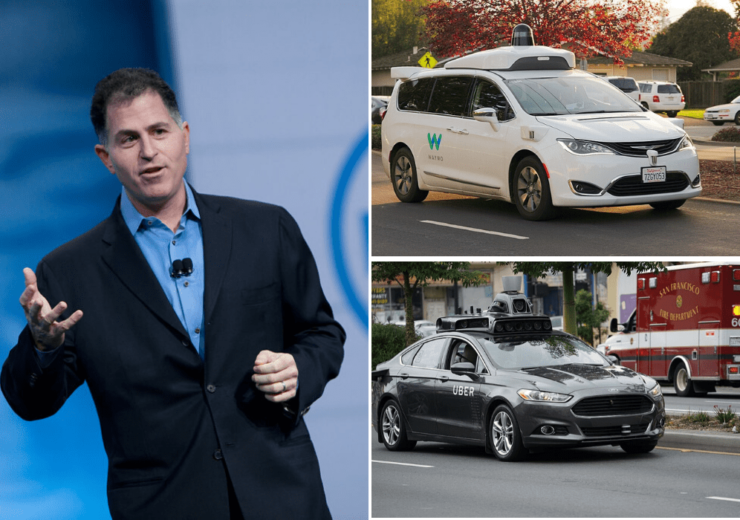 Michael Dell is never shy to tell people he’s a “tech optimist” but when it comes to autonomous vehicles, he’d be a reluctant passenger – at least in the early days.

As the founder and CEO of IT giant Dell, he has created a culture of working with and trusting technology to help change people’s lives.

But while he has advocated the advent of 5G and artificial intelligence – saying they could revolutionise how we combat diseases and overhaul transport systems – he is a little more hesitant when asked whether he would be happy to be driven in an autonomous car, flown in an autonomous plane or have a robot carry out brain surgery on him.

“I wouldn’t want to be the first one,” he says with a quiet chuckle.

“What you’re likely to see is in each of those domains is technology assisting before it gets to be fully autonomous.

“In each of those examples, we can think of how technology is making those functions and outcomes more successful, and hopefully safer and better. It will be a gradual process.”

Alphabet’s Waymo has completed more than 10 million miles in testing its autonomous cars on public roads, as well as 10 billion miles in simulation to train its software.

Other tech companies testing the technology are Uber, Yandex, DiDi and FiveAI, while automotive manufacturers including Volkswagen, Toyota, BMW and Mercedes-Benz are also building prototypes.

And while most of those experiments have been smooth, Uber attracted negative headlines in March 2018 when one of its self-driving cars in Arizona collided with pedestrian Elaine Herzberg, who later died from her injuries.

Dell, the $78.7bn company that celebrated its 35th birthday earlier this year, provides the data processing power for some of the companies working in this space.

But its founder recognises that attitudes will need to change in order for autonomous vehicles to be accepted in society.

He adds: “The standard for safety – for example in a car, plane or brain surgery – is pretty high and it should be.

“If you’re in a car where there’s an accident and there’s a human driver, it’s an unfortunate thing but it happens all the time.

“If you’re in a car and there’s a computer that goes wrong, it can be hard for humans to accept because the computer made a mistake – even though it could be the case that outcomes are much safer as a result of technology.

“The data shows that people aren’t ready to completely trust an autonomous car but we’re not asking them to – that’s not what we’re talking about.”

Automation in cars should be phased

Dell is speaking to journalists in a Q&A session at the Dell Tech Summit in Austin, Texas – an event in which the company unveiled an ambitious strategy to achieve a list of “moonshot” goals that aim to prove how technology can have a positive social impact.

But chief technology officer John Roese points out how the technology, which creates processes that aim to remove the risk of human error in workplaces, is billed as only 98% – rather than fully – autonomous.

“Those processes are very well-defined and you can absolutely automate them fully but we learned from customers that they still want a human in the loop to agree to an X, Y or Z,” he says.

“So we’re at the stage now where automation can be aggressively implemented, but we have to take into account there are human beings involved and we need to create trust for these types of environments.

“In the automotive space, there’s already fully autonomous cars but in geo-fenced, very constrained spaces like mines and industrial environments because you can control the variability.

“In the automotive environment – with the exception of Tesla, which does aggressive things very quickly – most of the mainstream companies are in a phased environment where the next phase is an aggressive use of automation with one purpose, which is to make the people in the car safer.”

Roese offers the example of Toyota, which aims to implement autonomous technology for two reasons – improving safety and providing mobility for the growing elderly population – rather than enhancing the driving experience.

He adds: “These companies are looking at all the conditions in which a person in the car could be injured in the act of driving a car or sitting in one of these vehicles, and de-risking it even though they’re still driving it themselves for the most part.

“That’s their huge invention. Interestingly enough, in order to do it, they’re building sensor technology, mapping out the road and doing all the things needed to drive the car autonomously.

“But they realised that the first step towards creating an autonomous vehicle is creating one that just never crashes or fails.”

Michael Dell on the future of autonomous vehicles

Setting such lofty goals is the modus operandi at Dell, a company that has pledged to improve the lives of one billion people by 2030 through technology.

And working towards the ultimate aim of full autonomy is what helps bring safety features like collision avoidance and blind spot detection – as well as winning public trust – believes the man at the top of the IT empire.

Dell adds: “When they’re successful at improving safety, people will say ‘well, I don’t want to get in a car that doesn’t have those functions.

“Just like you wouldn’t get in an airplane today that doesn’t have a traffic collision avoidance system.

“Probably at some point, you wouldn’t get in a car that doesn’t have that kind of system either if safety was a priority.”

Yet for the moment, Michael Dell is just like the rest of us in waiting to see how autonomous vehicles fare before getting in one.