Automated valet parking means that visitors to the Mercedez-Benz Museum, in Stuttgart, can leave their car at the entrance, while the autonomous system parks their car for them 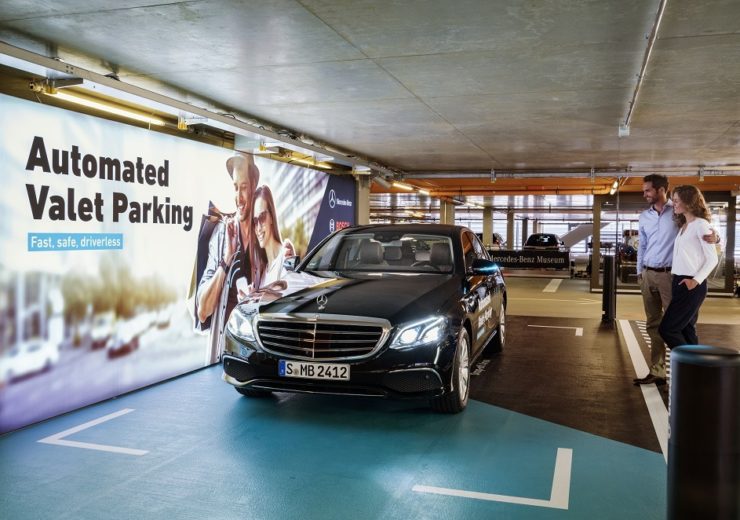 World premiere of the autonomous parking technology in the multi-storey car park of the Mercedes-Benz Museum (Credit: Daimler)

Two German engineering giants have teamed up to create the world’s first autonomous car parking system – which has now been approved for public use.

Technology firm Bosch and Mercedez-Benz parent company Daimler have been granted permission from the Baden-Württemberg state in south-west Germany to begin use of their driverless valet parking system at the Mercedes-Benz Museum, in Stuttgart.

The autonomous car parking service requires no safety driver and allows visitors to park and collect their vehicle through a smartphone app.

Approval of the service makes it the first in the world to offer fully automated driverless parking for everyday public use.

Dr Michael Hafner, head of drive technologies and automated driving at Daimler AG, said: “This sets a precedent for obtaining approval in the future for the parking service in parking garages around the world.

“As a pioneer in automated driving, our project paves the way for automated valet parking to go into mass production in the future.”

The technology behind autonomous parking

When dropping the car off at the Mercedez-Benz Museum’s autonomous parking, the driver can exit the car and send it to a free parking space with a single tap on their phone.

On their return, the car can be commanded to drive back to the same spot.

Bosch worked on much of the car parking infrastructure, including external sensors that guide the vehicle.

Daimler provided its Mercedes-Benz automotive technology, which is capable of driving independently based on commands from the sensors.

Dr Markus Heyn, member of the management board at Bosch, said: “Autonomous driving and parking are important building blocks for tomorrow’s mobility.

“The automated parking system shows just how far we have already progressed along this development path.”

The technology allows the vehicles to move up and down the car park ramps to get to the nearest available parking space, while detecting and avoiding any obstacles.

Bosch and Daimler began working on the technology in 2015 and first piloted the autonomous parking system in 2017.

Mercedez-Benz Museum visitors have been able to use the automated valet service since 2018, but only with the supervision of a safety driver.

The approval from the local authority means visitors can now experience the driverless tech in daily operation without any additional supervision.

The potential of autonomous parking

The world-first permit marks a milestone in making advanced driverless car technology available to the public.

Iain Forbes, head of the UK government’s Centre for Connected and Autonomous Vehicles (CCAV), believes that autonomous parking would allow car parks to be reconfigured to accommodate more vehicles, as they wouldn’t require wide spaces for opening doors.

Speaking at the UK’s future of urban mobility conference in London last week, Mr Forbes said: “If a vehicle is able to park itself, then some people who can’t use a road vehicle at the moment might be able to do so.

“There’s a chance to reshape the places in which we live. To some extent, they’ve been shaped around the car in the past 60 or 70 years.”