By 2022, Mercedes-Benz to have battery electric vehicles in all segments it serves 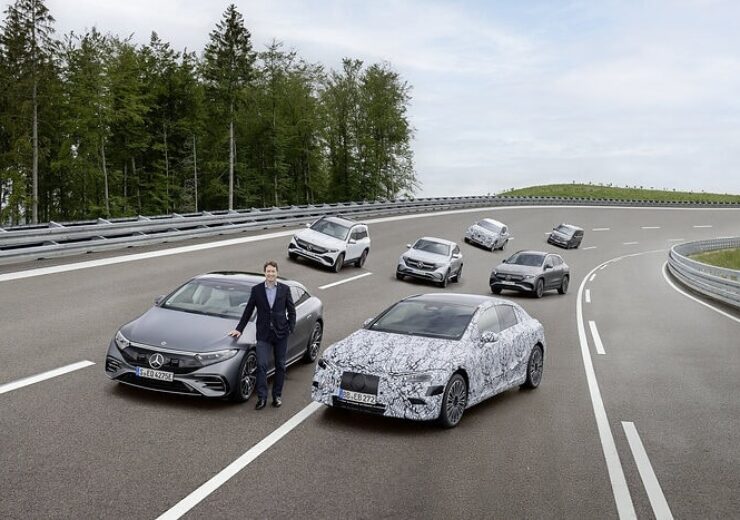 Mercedes-Benz to go all-electric by the end of this decade. (Credit: Daimler AG)

Daimler announced a €40bn plan to fully electrify its luxury car brand Mercedes-Benz by the end of 2030 in countries where market conditions allow.

The German automotive manufacturer said that its luxury car subsidiary will transition from electric-first to electric-only to accelerate towards a future that will be free from emissions and driven by software.

In order to support the transition, Mercedes-Benz will invest the amount into battery electric vehicles, starting from next year through 2030.

To implement its electrification plan, the luxury carmaker would require a battery capacity of over 200GWh. For this, the Daimler subsidiary will establish eight gigafactories with its partners around the world for producing battery cells.

The new gigafactories are on top of the company’s previously planned network of nine plants for building battery systems.

Mercedes-Benz also intends to set up a new battery recycling factory in Germany for developing and securing recycling capacity. The factory, which is expected to begin operations in 2023, will be located in Kuppenheim, subject to the outcome of discussions with public authorities.

Daimler and Mercedes-Benz CEO Ola Källenius said: “The EV shift is picking up speed – especially in the luxury segment, where Mercedes-Benz belongs. The tipping point is getting closer and we will be ready as markets switch to electric-only by the end of this decade.

“This step marks a profound reallocation of capital. By managing this faster transformation while safeguarding our profitability targets, we will ensure the enduring success of Mercedes-Benz.”

To begin with, Mercedes-Benz aims to have battery electric vehicles (BEV) in all segments it serves by 2022, thereby allowing customers to select an all-electric alternative for every model available in its line-up.

According to Daimler, all the newly launched vehicle architectures of the brand will be electric-only from 2025 onwards.

Mercedes-Benz will launch three electric-only architectures in 2025, which include MB.EA, AMG.EA, and VAN.EA.

The MB.EA architecture will be for all medium to large size passenger cars, while AMG.EA will be an exclusive performance electric vehicle platform for Mercedes-AMG customers. The other platform – VAN.EA will be designed for electric vans and light commercial vehicles.