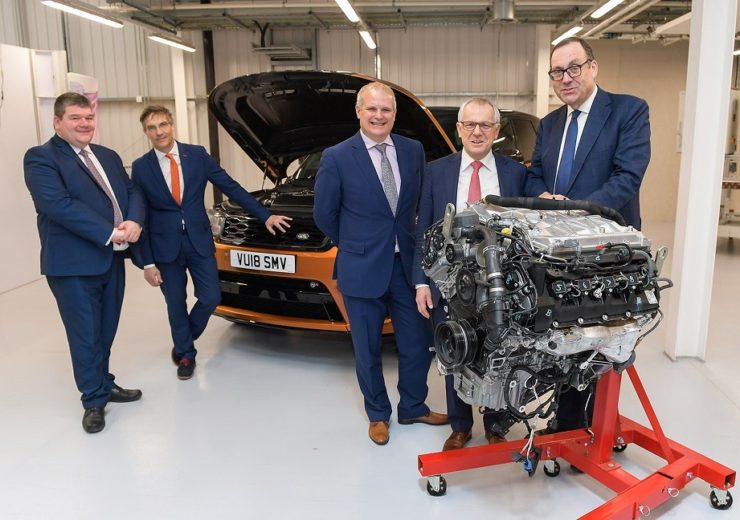 The Centre for Advanced Low-Carbon Propulsion Systems (C-ALPS) is part of a collaboration between Coventry University and German international engineering company FEV.

The 30,000 sq ft centre will be home to some of the most advanced testing facilities in the UK, including four state-of-the-art powertrain test cells, for testing the main vehicle components, electric batteries, turbochargers and catalytic converters.

“We have a real opportunity for the country to lead the rest of the world when it comes to developing low-carbon propulsion systems and C-ALPS has a major role to play in making this happen.”

What does the low-carbon transport research centre want to achieve?

Research at the centre will focus on creating new electric, hybrid and combustion engines for use in low carbon transportation across the automotive, aerospace, marine and rail sectors.

The facilities will be available for use by manufacturers, SMEs and university, and FEV researchers and engineers.

Prof Dashwood added: “It’s all about bringing the best of both worlds together, using the expertise and track record of FEV Group in engineering consultancy and combining it with the academic knowledge of our professors to create a real centre of excellence that can attract funding, build capacity in the supply chain and, importantly, offer commercial testing services to car makers.

“Automotive is naturally the first target, but the technology will also be available to support the evolution of other sectors.”

The C-ALPS is located next door to the Coventry University’s recently-launched £7 million National Transport Design Centre (NTDC) in the university’s Technology Park, 12 miles south of the main campus.

The new centre will initially create 36 new jobs for the area, with a number of Coventry University  graduates and apprentices already appointed.

Coventry’s credentials as a location for low-carbon transport research

Multinational engineering company FEV was keen to invest in the project despite many companies choosing to move out of the UK following uncertainties over Brexit.

CEO Prof Stefan Pischinger said: “This is a major investment for our company and underlines our commitment to growing our business in the UK.

“We made the decision to collaborate after the Brexit vote was taken and, despite all of the uncertainty, we see no reason to change our approach and believe the UK is amongst the most advanced in the world when it comes to developing the next generation of powertrain solutions.

“Coventry University is a fantastic partner and the expertise it brings to the table is significant and one we will undoubtedly tap into in order to commercialise new technology.

“It’s important to understand that while electrification of vehicles is critical, it is not going to happen overnight and there is a journey we must go on first.

“There is still a role to play for the combustion engine and how we integrate hybrid technologies more effectively – alongside and not instead of new developments in electric powertrains.”

This is the latest automotive centre for Coventry, which had a reputation as the UK’s “motor city” in the 1950s and 1960s due to it being the base for companies including Jaguar, Mini’s maker British Motor Corporation and Rootes Group – which later became part of Chrysler and Peugeot.

In November, it was announced the £1bn Smart City Mobility Centre, which will conduct research into the next generation of autonomous and electric vehicles, will test its driverless car technology at the University of Warwick’s site in Coventry.

The scheme is backed by Jaguar Land Rover, which is still headquartered in the city, and is set to be the largest of its kind in Europe.