Lockheed, Amazon, Cisco to develop Callisto payload for Artemis I

Callisto is aimed at understanding how future astronauts can benefit from far-field voice technology, AI, and tablet-based video collaboration 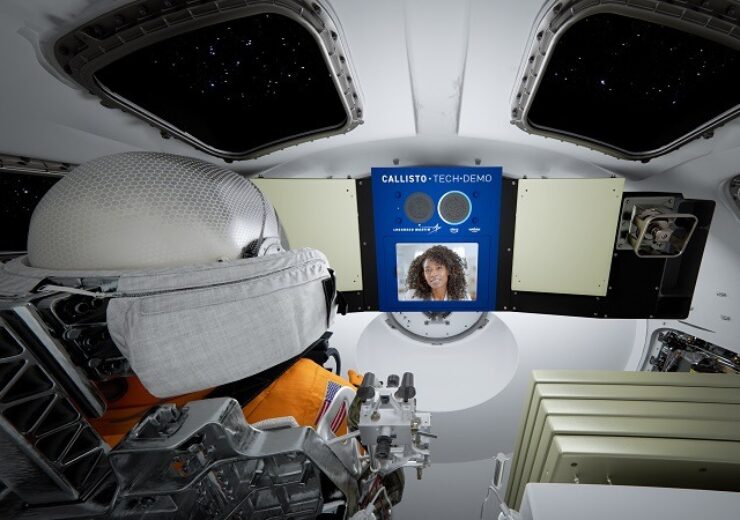 The Callisto technology demonstration onboard the Orion spacecraft. (Credit: Cisco)

Lockheed Martin, Amazon, and Cisco have joined forces to develop a technology demonstration dubbed Callisto, which will be integrated into NASA’s Orion spacecraft during the upcoming Artemis I mission.

Artemis I is an uncrewed mission around the Moon and back to Earth. It is set to be taken up by NASA early this year.

Callisto will integrate human-machine interface technologies with an objective to understand how astronauts in the future can benefit from far-field voice technology, artificial intelligence (AI), as well as tablet-based video collaboration.

It will use Webex by Cisco video collaboration solution and Amazon Alexa digital assistant to evaluate and demonstrate commercial technology for deep space voice, video, and whiteboarding communications.

Lockheed Martin, which had designed and built the Orion spacecraft, is steering the development and integration of the payload.

Lockheed Martin commercial civil space vice president and general manager Lisa Callahan said: “Callisto will demonstrate a first-of-its-kind technology that could be used in the future to enable astronauts to be more self-reliant as they explore deep space.

“Callisto is a shining example of how new partnerships with commercial technologies can be flown on Orion to benefit future human deep space missions.”

The payload will include an integration of custom hardware and software developed by engineers from Lockheed Martin, Cisco, and Amazon. It will feature technology to enable Alexa to work in an offline mode, and Webex to run on a tablet with the help of NASA’s Deep Space Network.

Cisco executive vice president and security and collaboration general manager Jeetu Patel said: “The future of technology is about igniting human potential whenever and wherever that may be – which will soon extend to the depths of space.

“Through Callisto, Webex is enabling boundless video communications and collaboration in deep space while helping to provide the next generation with inclusive and immersive technology. This first-of-its-kind solution could one day support future crewed missions, providing face-to-face interaction between crew, command centre and loved ones.”

According to the partners, the Callisto technology demonstration will also help the common people to engage with and virtually travel in space with Artemis I. The moon mission can be followed on Alexa-enabled devices, while the video collaboration capabilities of Webex will provide opportunities for STEM education as well as remote classroom teaching events.