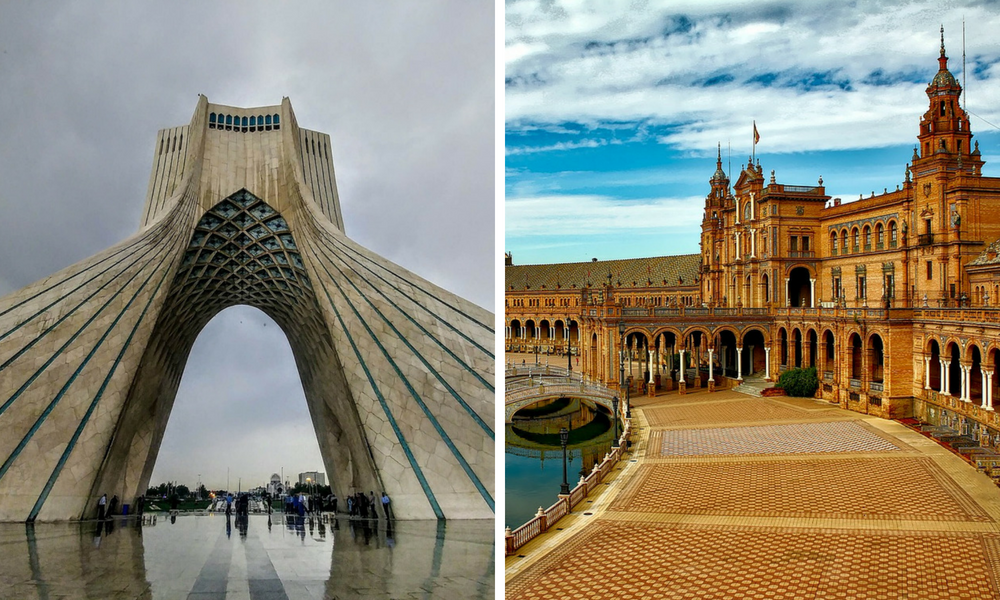 Iran are higher in the Group B table than former World Cup winners Spain following their 1-0 victory over Morocco, but betting company William Hill has the odds of Iran winning the World Cup at 1000/1 and the chances of 2010 champions Spain lifting the trophy for a second time at 9/2.

The win probably counter on Google also presents a stark difference between the sides – giving Spain a 79% chance of winning.

It’s not hard to see why that’s the case. Even in a World Cup that has had its fair share of upsets so far, it’s hard to imagine a side with stars like Athlético Madrid strike Diego Costa succumbing to a team with few players in the world’s top clubs.

Compelo has checked if the two countries are harder to separate on the economy than they are on the pitch.

According to the 2017 UN World Population Prospects report, Iran has a much larger population than its World Cup opponent.

A total of 82 million people live in the Islamic Republic while around 46 million have made a home in Spain.

The population of Madrid is less than half that of the Iranian capital Tehran – where some eight million people reside.

Yet the productivity of the two countries suggests that size doesn’t always matter.

There is a similar disparity between the nations in GDP per capita.

As is the case with many countries in the resource-rich Middle East, oil is a huge driver of the Iranian economy.

Exports of crude petroleum made the country $25.7bn in 2016 – the year a plethora of sanctions on the theocracy were lifted – according to the Observatory of Economic Complexity.

Cars were the largest export of Spain that same year – wheeling $38.3bn into the country’s economy.

The main sponsor of the La Liga Spanish football league Santander is ranked 31st on the list, and its former sponsor BBVA is the 116th largest company on the planet.

Getting accurate data on the state of Iranian companies is tricky, but the UK government’s Iran business guide says that nationalised resource firms such as the National Iranian Oil Company are large players on the world stage.

Amanicio Ortega, founder of Zara and Bershka parent company Inditex, is the richest man in Spain with a net worth of $70bn (£52.69bn) – according to the Forbes billionaires list.

In Iran, it is quite possible that dictator Ayatollah Khamenei is the country’s wealthiest person.

A Reuters investigation from 2013 claimed that the Ayatollah had oversight of a $95bn empire.

Unemployment in Spain is rife. The CIA World Factbook estimates that 17.1% of Spaniards were unemployed last year while Statista claims that the country experienced youth unemployment rates of 35% in March of this year.

Iran has not a good handle on unemployment either, but has had less of an issue than Spain.

The Factbook estimates that 12.4% of the country’s labour force were out of work in 2017.