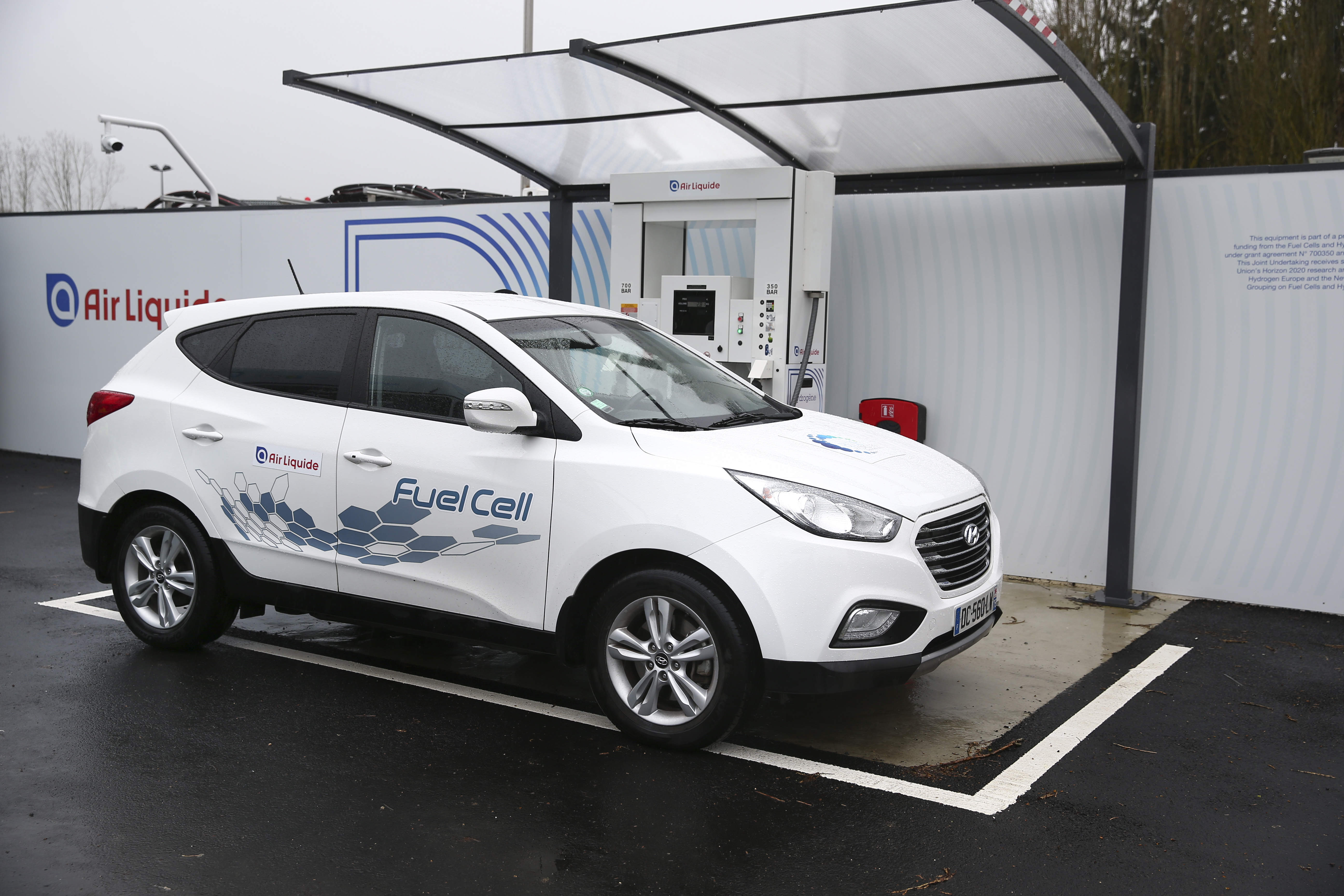 Hydrogen vehicles producing zero harmful emissions could be the answer to rising problems with urban pollution – now they will be seen on the streets of London, Paris and Brussels

Known as ZEFER (Zero Emission Fleet Vehicles for European Roll-out), the test will be carried out in in Paris, Brussels and London to examine the feasibility and business case for adopting hydrogen fuel cell electric vehicles (FCEV) – which run on renewable sources – in other cities.

They will be used in applications where hydrogen vehicles are believed to be most valuable – fleets that drive long distances every day, need rapid refuelling and operate in polluted city centres.

“We are excited to see the first large-scale users starting to take up the technology in large fleets to do the day-to-day work of vehicles which operate in urban centres.”

FCEVs run on hydrogen gas, which is transformed into electricity by a fuel cell, powering the vehicle at the cost of no emissions other than water.

Taxis, private-hire companies and the police stand to benefit from FCEVs’ three-minute refuel time, 300 to 400-mile range and zero harmful emissions output as they race through both fuel and mileage in heavily polluted city centres.

Jonny Goldstone, managing director of London-based Green Tomato Cars, said: “This is a truly unique project where investors in hydrogen technology, manufacturers of hydrogen cars and Green Tomato Cars as the end users, have come together with a commitment to make hydrogen transport work for the good of the people and the environment.”

The regular use of the 180 vehicles will also create more demand for the early networks of hydrogen refuelling stations already in each city and help support the ongoing commercialisation of hydrogen as a zero-emission fuel for Europe.

They will be procured from the vehicle manufacturers able to offer state-of-the-art hydrogen fuel cell cars in Europe, with the first 25 vehicles deployed earlier this month in London by Green Tomato Cars.

Air Liquide has previously supported Hype, the world’s first hydrogen-powered taxi fleet, in 2015 and installed a hydrogen station in Brussels two years ago.

“There is no doubt that hydrogen will be a major pillar of our future mobility.”