How to stop thinking about work over Christmas: Seven apps to help you switch-off 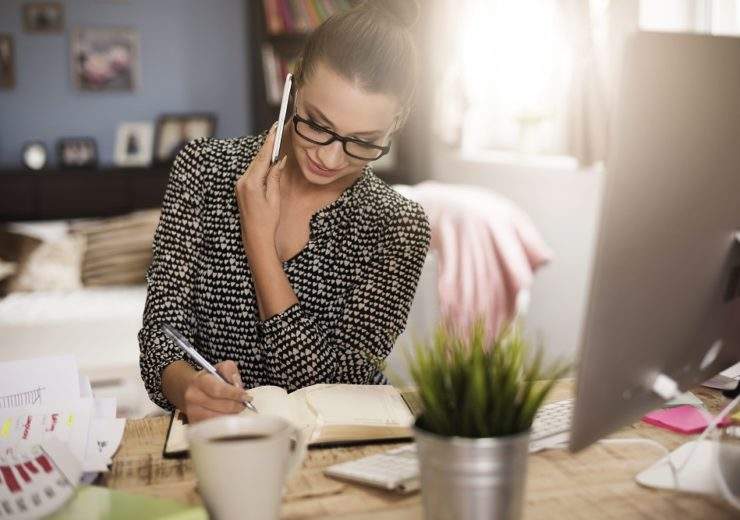 After a stressful year in the office, it’s time to stop thinking about work over the Christmas period.

And while some might suggest abandoning technology altogether will help to unwind, perhaps the answer lies in apps.

From meditation and learning to play an instrument to fitness and classic car hiring, the App Store and Google Play Store are full of options that mean smartphones don’t necessarily need to be turned off for us to switch-off.

With more than 37 million downloads to date and about 75,000 new users daily, Calm is billed as the number one app for meditation and sleep.

It provides unique audio content that aims to tackle some of the biggest mental health challenges, including anxiety, insomnia and depression.

The app’s most popular feature is a ten-minute meditation called The Daily Calm that discusses a new mindful theme and inspiring thought every morning.

Launched in 2012, Calm beat competition from two million apps to be named Apple’s 2017 iPhone app of the year, while it was recognised as an “editor’s choice” on Google Play.

It uses a “freemium” model, where the basic app is free but a subscription costs £35.99 per year for access to more than 100 hours of premium content such as advanced meditations and “bedtime stories for grown-ups”.

With a reputation as one of the best relaxation apps on the market, it might just put a stop to any overhanging work worries from the pre-Christmas period.

It connects users with personal trainers, masseuses, yoga teachers and other skilled professionals in London to visit their chosen location in the UK capital – whether that’s at home, work or a local park – at a time that suits the customer.

Workaholics who spend much of their week chained to a desk might find it a useful option for getting back into exercise over the festive period if they can’t get away from the early wake-up ritual.

Founder Daria Kantor launched TruBe four years ago, targeting busy professionals across the capital with the services of London’s top personal trainers, who are put through a three-stage assessment.

BookAclassic: Take a festive countryside drive in a classic or vintage car

Thats a smile that only a few things can produce, gifting an unforgettable experience is one of them ?#classiccargifts #classiccargifts
https://t.co/qJX2VJNBZN pic.twitter.com/zXDw4hIKsA

Fed up of streets being crammed full of people, cars, buses and cyclists in the big city every day?

Perhaps the best way to stop thinking about work over Christmas is to change the scenery – and the vehicle.

BookAclassic is a global platform for booking a “dream car” in a few seconds by getting instant quotes on a choice of the “world’s most extensive collection of unique classic cars and sports cars”.

The online platform is available in 36 countries and includes everything from classic Bentleys, Jaguars and Lamborghinis through to double decker buses, speedboats and even a tank.

And for those who find driving in the countryside in a fast car a bit too much like hard work, there’s always the option to be chauffeured.

Simply Piano: Learn how to play an instrument using an app

A week or so away from the office offers the chance to do something you’ve always wanted to but just never had the time.

So how about using that time off to learn an instrument? Simply Piano is an app created by JoyTunes that focuses on – you might have guessed – the piano. Or the keyboard.

One of those instruments will be needed though, as users need to place their mobile or tablet on their piano or keyboard to follow the app.

It provides a series of lessons from beginner level onwards to pro – tailored to varying music tastes – and users can listen back to their tunes recorded by the app to rate themselves.

Some of the songs to learn are Imagine, Chandelier, All of Me, Counting Stars and La La Land – which are instantly recognised by Simply Piano.

While the app is free to begin with, there is a premium membership package loaded with 22 courses.

Coming up with ways on how to stop thinking about work might actually involve a little bit of mind engagement.

Solving mathematical problems might not sound like the biggest idea of festive fun but the cZeus Maths Challenger app offers a refreshing way of applying maths and logic with grid-based puzzle games.

Standard gameplay tasks players to find answers relating to a set of mystery numbers by using the given clues featured in each puzzle, with difficulty increasing as players advance through the six classes, from “light” all the way up to “titan”.

Players can boost brain power and increase productivity throughout the day, whether it’s relaxing on the sofa, going for a Christmas walk or while cooking the turkey – and there’s also a chance to compete with friends and family over some festive drinks.

Finding the time to read is difficult for those with busy lives, but the Christmas break offers a chance to address this particular issue.

The problem, though, could be deciding just which book to delve into, especially if there’s been a few titles stacking up in your mental reading list.

Blinkist is an app that doesn’t require you to spend hours, days and weeks on each book but instead picks out small excerpts for users.

It’s not one for fiction lovers, however, as it focuses on connecting its six million global readers to the “biggest ideas from best-selling non-fiction” via a 15-minute audio and text.

This might also be a good way of getting back into reading in the New Year by finding ways of filling up unallocated time – whether it’s the daily commute, cooking food or just staring at our phones – with something productive and educational.

Of course, the solution to how to stop thinking about work over Christmas could be to have a bit of time out with the smartphone – and there’s even apps that help this.

While Apple recently launched its own built-in phone optimisation app, there are plenty of other apps on the market.

One of these is Space, which pledges to help users find their phone/life balance and cut down on “phone addiction”.

It has been downloaded by more than two million people worldwide and was recognised by Google as a “new and noteworthy app” for 2018.

According to the developer’s own research, it found users spend on average two hours and 46 minutes less on their phone per day – which compares with an average engagement time of four hours and 16 minutes for the average US citizen.