How to build a sustainable city: Lessons from London, Ostend and Espoo

Representatives from London, Ostend and Espoo - the most sustainable city in Europe - give their advice on how to build an eco-friendly city 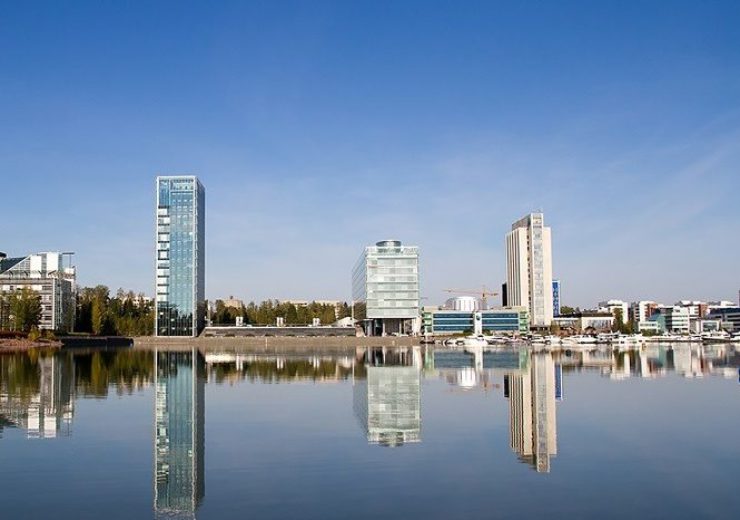 The city of Espoo may not be well known outside of Finland, but it’s providing a model for other regional governments looking to build a sustainable city.

Espoo, which has a population of just under 300,000, began putting together its sustainability strategy six years ago and held the title of “most sustainable city in Europe” for two years running in 2016 and 2017.

Harri Paananen, head of economic development for the City of Espoo authority, says: “If a city wants to be successful in the future and attract the best talent, then it must be sustainable.

“If a city is sustainable economically, socially and environmentally, then, by definition, it is a very attractive and liveable place to be.”

How Espoo’s residents helped to build a sustainable city

“When we put together our first strategy six years ago, the feedback from our residents told us that sustainability – and having clear, natural surroundings – were of a very high priority for them,” says Mr Paananen.

“The mandate comes from the residents, it’s not a top-down issue, and that’s a good starting point for finding sustainable solutions.”

To this end, the Espoo Mayor Jukka Mäkelä was keen to preserve the city’s natural areas.

“For a city of its size, Espoo is exceptionally green,” he says.

“The abundance of nature in the city is one of its key features, including the Nuuksio wilderness, the Central Park and the seaside location.”

Technology is not the end result there, but the enabler to allow its citizens to help preserve the natural environment and lead sustainable lives.

Mr Paananen adds: “Technology should be a tool to help residents live in a sustainable manor.

“Our philosophy is to use the existing resources more wisely, which we describe as the city-as-a-service model.

“This is based on the idea that we have existing structures and resources that can be used more efficiently through the use of digital platforms.

“For example, we have a couple of high schools based on university campuses.

“Facilities there can be used by school and university students, making a huge cost saving and a more environmentally-friendly system, because we don’t have to build new structures.

“We have similar examples in providing technology services to use on the premises of business parks and public services in shopping centres.”

Despite its successes, the city of Espoo is not sitting on its laurels and has found uses for technology in predicting how to improve social services.

Mr Paananen says: “In addition to asking citizens for their participation, we are also experimenting with ways to predict future behaviour through AI.

“We did a very interesting experiment with a local IT company, where we pooled together data from our social and health services over the past ten years and used that to predict the services that residents would likely need in the future.

“It was particularly good at identifying the residents that would require the most costly services in social and healthcare.

“We are still figuring out how to do this in an ethically and anonymised manor so that we can use it for service planning.

“But we’re well on the road to finding the answers on how to better manage city resources.”

How London is using data to build a sustainable city

Another city that is utilising data from residents is the UK capital of London.

Speaking on the same panel at the Smart to Future Cities event in London last month, Smart London Strategy Officer Dr Stephen Lorimer says: “We need to build up a picture of what people’s needs are in the city and how we can deliver a sustainable and fair city from that.

“Data is the best way of articulating those needs, but we need to develop more than just our data sharing and data analytics – we need collaboration across environment departments and London Boroughs.

“We’ve been looking into opening up the data that’s held by commercial and residential property owners to build a building stock model for London.

“The data can be used to develop good designs and master planning to increase social, economic and environmental sustainability.

“A lot of us fall into the trap of focusing on the environmental side of things but smart city development gives us an opportunity to be cross-cutting and address all three forms of sustainability.”

He claims that Londoners are the first to see economic, social and environmental sustainability policies introduced under the same banner through the congestion charge and Ultra Low Emission Zone (ULEZ).

He adds: “It sends a message to Londoners that there’s a social and economic cost, which comes with the congestion charge, and an environmental cost through the ULEZ.

“I think it’s the first time residents have tangibly seen that cars are having an impact across all three pillars of sustainability in cities.”

The Belgian coastal city of Ostend is seeking to encourage its citizens to be sustainable champions.

Astrid Vanakere, strategy and management lead for city of Ostend, says: “If your citizens are not living in a sustainable way then there won’t be any benefit in the policies you introduce.

“We try to inform them and research more eco-friendly ways of living that also have cost benefits for them as well.

“This helps to stimulate them to make the change to more eco-friendly ways of living, while also showing them the environmental benefits and making it more approachable.”

One of the projects the city introduced, called Smart Space, aimed to help increase the uptake of smart lighting in public spaces and private residencies to enhance energy efficiency and reduce CO2 emissions.

“The project helps to get the citizens closer to what we will develop in the districts,” says Ms Vanakere.

Key lessons on how to build a sustainable city

Although Espoo can lay claim to converting two brownfield sites into circular economy neighbourhoods and constructing the two deepest holes in Finland for its Deep Heat project, which will produce 20% of the city’s district heating through geothermal energy, Mr Paananen thinks the most important changes have been made by residents.

“The biggest improvements are down to behavioural changes,” he says.

“That requires education and, if Finland is known for anything, it is education.

“Our young people already know what it means to live a sustainable life, so that’s an excellent start.

“The next step is to provide the means to do that.”