Why you need to hire more footballers: 5 lessons to take from the pitch into the boardroom

From trotting out on muddy pitches in the local park on a Sunday morning to packed world-class stadiums, playing football isn't just a fun and games but can prepare us for real-world challenges. Former Google employee and keen sportsman Sal Mohammed gives five good reasons why hiring footballers in business is a wise move 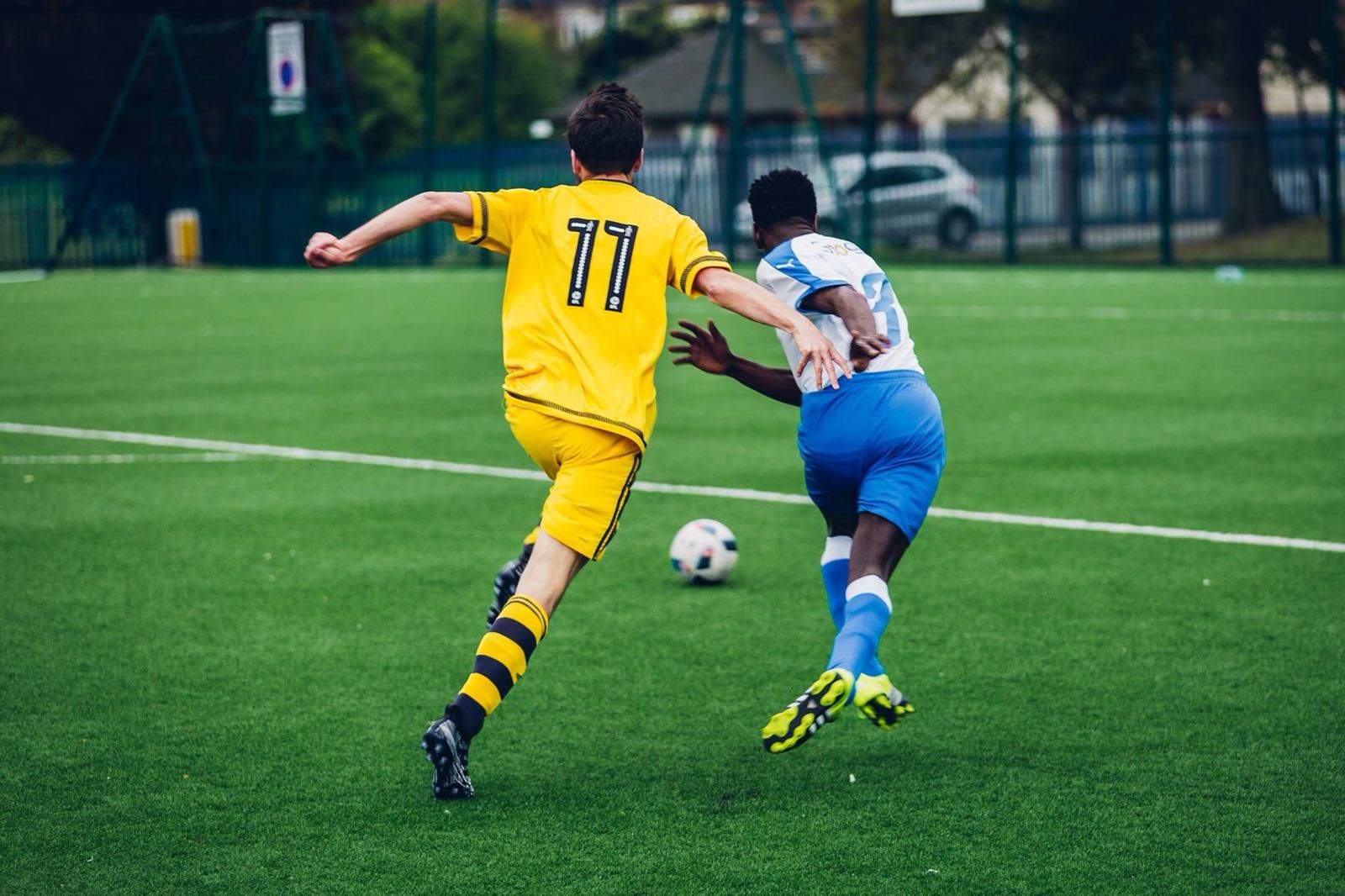 When it comes to recruitment, there’s many personality traits to look out for – but perhaps hiring footballers in business brings many of the attributes a company needs.

Captains of their clubs will be able to offer leadership qualities, while a good work ethic – something any employer would demand from its workforce – shouldn’t be in doubt if they have been a valuable member of their football team.

And they don’t have just have to be ex-professionals, but anyone who has shown a dedication to the sport at any level due to the lessons men and women can pick up having a kickabout on a Sunday morning at their local park.

Sal Mohammed is one of those who has played for local, university and work teams and believes many of the qualities cultivated in his professional life were developed as a kid on the football pitch.

The 28-year-old, born in England to Nigerian parents, says: “Long before Twitter and Facebook, in a land where outdoor adventures and scraped knees were the norm, I had vivid dreams of being a footballer.

“In fact, it was all I cared about. Most of my earliest memories involve football.

“From the day David Beckham lobbed the keeper from the halfway line, to being with my dad and his friends in our living room when Nigeria beat Brazil and then Argentina to win the 1996 Olympics.

“I firmly believe that football, and sport in general offers so many subtle lessons that I constantly draw upon.”

The experience couldn’t have done Sal too badly, either, as he has forged a career in which he has worked for O2 and Google – and is now heading up his own London-based company QTA, in which he hopes to disrupt the consultancy and accelerator models.

Sal shares the five lessons he learned while playing sport and why he believes it shows hiring footballers in business could be a wise decision.

As a child, there are very few times you’re flung into a position of leadership.

However, football is definitely one of them. Every team needs a captain and it’s amazing how children shape to the role.

Some of the best leaders I’ve had throughout my career have been on the football pitch.

Large institutions are becoming increasingly aware of this and are racing to extract leadership knowledge from the world of football.

Perhaps the most famous example of this is Harvard University, which recruited Sir Alex Ferugson to become a guest lecturer for their prestigious MBA programme.

I’ve been lucky enough to captain teams myself and always remember how it impacted me.

It’s a feeling akin to putting on a superhero costume. Suddenly the world is about much more than yourself.

You begin to check in on your teammates to make sure they’re prepared.

When your team are in a tough spot, you suddenly become an army officer, organising and leading your team through tough times.

I guess I knew that leaders come in all shapes and sizes – what I perhaps forgot, and I guess I never fully appreciated is that they could be all ages too.

I look at fearlessness as the ability to control your fear, rather than the absence of fear.

In whatever profession you pursue, it’s critical that you allow fear to propel you forward rather than stand in your way. The same is true in football.

We always played to win, not played not to lose. This made us a moving force. I remember one season where we won every game.

Of course we made mistakes throughout, but we didn’t let them define us.

In each game, we held the belief that if we kept our confidence and tried again, good things would eventually happen.

You see this trait in elite football players who miss a big chance. Instead of going missing, they’re screaming for the very next pass to try again.

Perhaps Tom Watson, IBMs founder, puts it best: “If you want to succeed, double your rate of failure.”

Early on in working life, I was taking notes in a meeting where no one could explain why we’d had a huge uplift on sales.

Of course what he was modestly trying to convey, that although we couldn’t pinpoint exactly what was driving the spike, it was reward for all the hard work we’d put in weeks and months before.

Most youth football teams operate an “if you don’t train, you don’t play” policy – no matter how good you are.

This means if you really want to play on the weekend, you’ve got no choice but to drag yourself to training, when it’s pitch black and freezing cold.

It teaches you that life isn’t a picnic and sometimes to do things you love, you have to dig deep and do things you’re not so keen on.

Like our sales spike, you don’t always see payback the very next match.

However, as time passes, you’re able to connect the dots, seeing the bigger picture and realise that your current good form is built upon the hard work you invested in a long time before.

There’s perhaps no bigger lecture hall to learn that life isn’t fair than in youth football.

The pitches often look better suited to grow potatoes, regularly the linesman is the opposition’s injured substitute, one team is usually short on players, the other has a player big enough to play in your dad’s Sunday league team and the managers son with two left feet must play the star role, which is of course, your role. The list goes on…

Understanding that life isn’t fair is a valuable lesson to learn early. You don’t always get what you deserve, regardless of how hard you worked.

I’ve watched football matches where a team dominates for 89 minutes, gets complacent and loses 1-0.

Similarly, we’ve all witnessed companies that once dominated an industry that are now relegated to the past tense because they failed to innovate in the digital age.

In football and business, you’ve got to constantly be aware of your surroundings and execute on plans that are in your control, rather than being a helpless victim about the things you can’t influence.

It likely comes as no surprise that football is full of extravagance.

I think back to the times I begged my parents to get me the latest boots, and then again a month later when a new colour was released.

When Cristiano Ronaldo burst on the scene, every player in the changing room wrapped their legs with white tape until there was no blood circulation.

However, as you matured, you realised those boots weren’t a secret potion that lets you score free kicks on demand – practise was.

Gradually, you learned the importance of focusing on the right things and then adding the style afterwards. First score the goal, then worry about your celebration.

You’ve likely witnessed this behaviour manifest itself in corporates and entrepreneurs.

New start-ups that obsess over their logo and business cards before they’ve acquired their first customer; large organisations where a culture of looking busy and talking the part is seen as the quickest route to the top.

More often than not, you’ll find both tactics eventually fail and the people focusing on delivering great products and solving real issues are left in the end.

Focus on the focus!