A German town with little more than 150,000 residents, Heidelberg is rubbing shoulders with the likes of New York, London and Sydney when it comes to achieving carbon reductions through policies including the development of an entire environmentally-friendly district. Felix Todd finds out more from Sabine Lachenicht, head of the Heidelberg environmental office 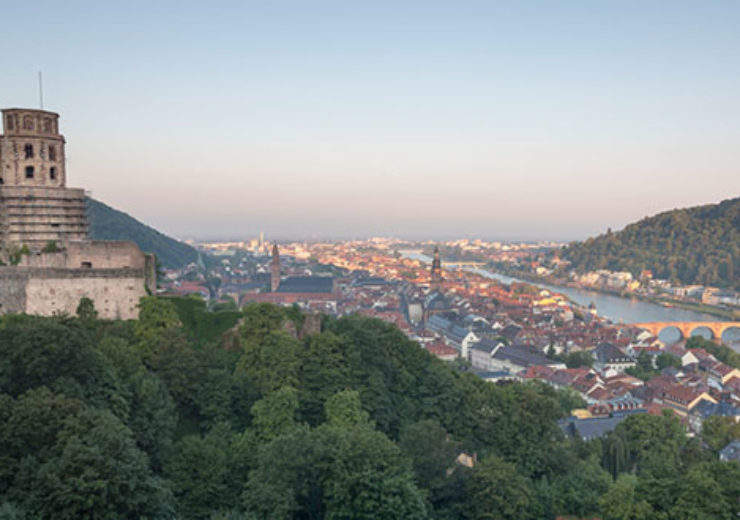 Nestled in the foothills of southern Germany is the town of Heidelberg, which bears the distinction of being one of the country’s first to publicly commit to protecting the world’s climate.

On a global scale, it’s also one of the furthest forward when it comes to reaching its goals, on par with some of the world’s largest cities – which are equipped with far bigger resources and political backing – in achieving carbon reductions.

Since 2012, the town’s emissions have fallen more than 10% below their record levels, making it one of the 27 cities have already peaked its pollution output.

Founded in 1386, Heidelberg is home to more than 150,000 people and its efforts concerning environmental sustainability date back to 1992, when it introduced a municipal climate protection concept.

This marked the start of a series of policies, collaborations with neighbouring towns and infrastructure projects aimed at making Heidelberg as green as possible, which has seen it reduce its carbon footprint and earn numerous awards in the process.

“Our work on climate protection dates back more than 20 years when the mayor at the time [Beate Weber] had the idea – it’s a huge part of the town now,” explains Sabine Lachenicht, head of the Heidelberg environmental office.

“Over this time we’ve been developing lots of different ways to protect the climate, including improving the city’s approach to biodiversity, introducing more electric transport – everything, really.

“It’s also really important to teach children about the importance of this work – so we’ve set up events for families that engage them in the process of protecting the environment.”

Continuing Ms Weber’s legacy, current mayor Professor Eckart Würzner points out how crucial it is for cities and towns to take charge of their own emissions.

He says: “We have already achieved a lot but we must not cease to work on saving energy, making business more sustainable and promoting renewable energy sources.

“Climate change is a global development, but above all it is a local challenge.

“When it comes to protecting the climate, Heidelberg can make an important contribution towards global environmental protection and ensure that future generations enjoy an environment that is worth living in.”

An entirely new district of Heidelberg is currently under construction, known as Bahnstadt, and it is committed to being as environmentally-friendly as possible while also being a great place to live for residents.

Covering 116 hectares worth of space, the project began in 2008 and is set for completion in 2022, accounting for an estimated cost of two billion euros (£1.5bn).

It includes the world’s largest “passive house” project – a rigorous, voluntary standard for energy efficiency in a building, which reduces its ecological footprint – and won a Passive House Institute award for creating an entire district to its sustainability standard in 2014.

“It was a big effort from everyone here, and we’re really proud of the progress the Bahnstadt district is making,” says Sabine.

“More than 2,000 apartments have already been built, so we’re getting closer to the 3,700 target – and in the future there will be about 6,500 people living there.

“Part of the goal is to have all of the power and heat in the district to be 100% generated by renewable energy.”

In conjunction with the town itself, HeidelbergCement is working to make the German town as green as possible.

The building materials company is one of the largest in the world, with almost 60,000 employees working at more than 3,000 production sites across 60 different countries.

In Heidelberg, it has overseen the reduction of emissions of sulphur and nitrogen oxide (both harmful pollutants) involved cement production by 28% and 13% since 2008, respectively.

“It’s great to have such a big company in the town be so dedicated to reducing its impact on the environment,” says Sabine.

“It really helps set an example for others and shows that the town is committed as a whole to increasing climate protection.”

Shortly after the town introduced its climate protection agenda in 1992, Heidelberg has been racking up awards for its progress.

In 1997, it won the European Sustainable City Award, which recognises exemplary work in the field of sustainability, before taking the Green Electricity Gold Label in 2002 for having eco-electricity account for 25% of its electricity consumption in public buildings.

After winning the European Sustainable City Award again in 2003, the town went on to be recognised internationally by claiming the Global Green City Award in 2015, which centres on promoting the implementation of UN sustainable development objectives.

“There is still much work to do – in a couple of years we have a few policies around the introduction of more electric vehicles and clean transport that we plan to implement,” explains Sabine.

“These will go a long way to reducing Heidelberg’s carbon footprint even further and we’re very excited to see the impact they’re going to have.

“We are happy with our progress so far and we will continue to make Heidelberg a centre for clean energy and climate protection in Europe.”