After a saga of vitriolic debate between those in favour and those against a third runway, the project to expand Heathrow Airport finally looks set to go ahead after it was approved by Theresa May's full cabinet 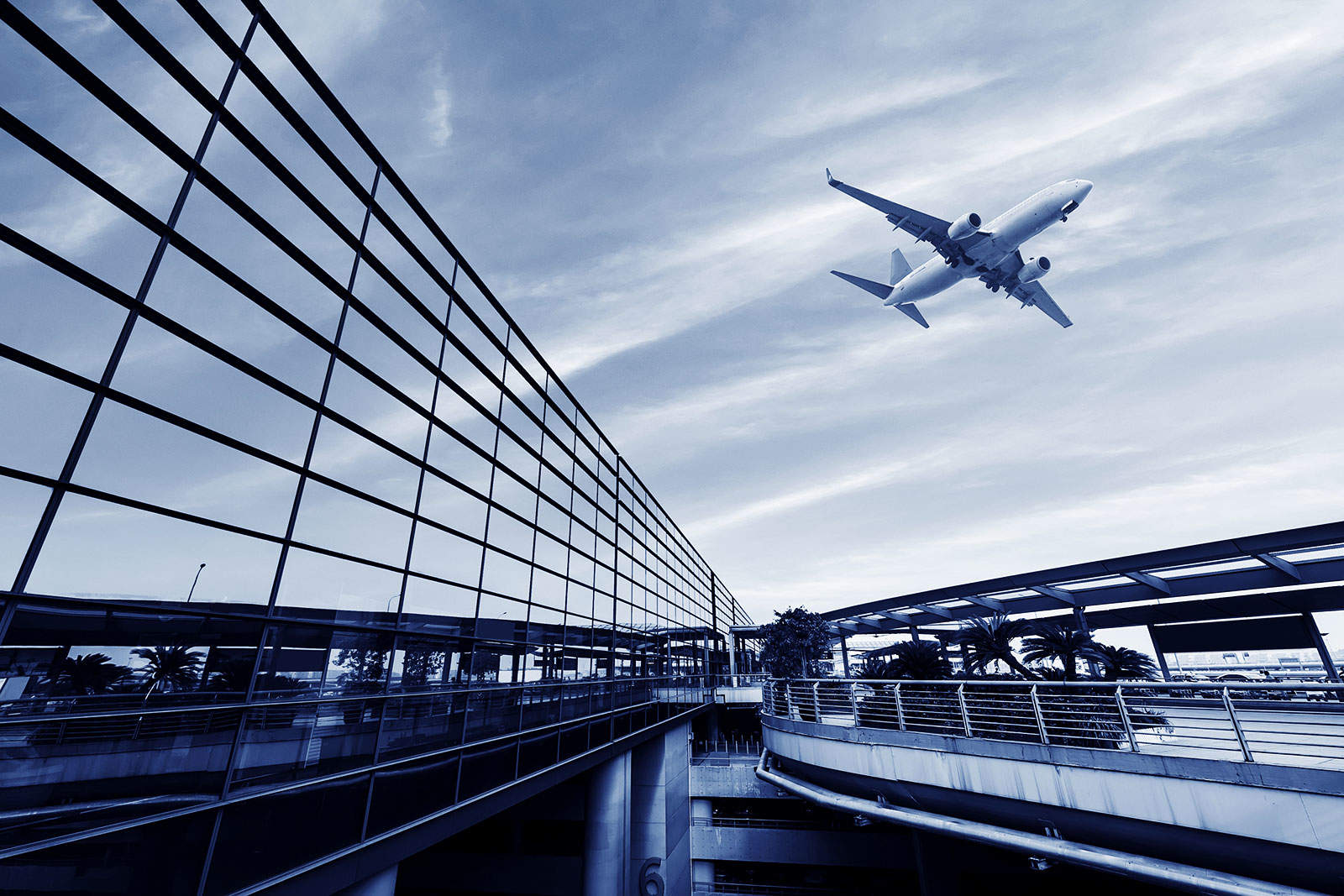 It’s one of the UK’s biggest and most contentious infrastructure projects – now, finally, the proposed third runway at Heathrow looks set to be given the go-ahead.

Prime Minister Theresa May and her full cabinet approved the plans today (Tuesday 5 June) in a move labelled as a “historic moment” by Transport Secretary Chris Grayling.

MPs will now be asked to vote on the expansion plans, which could be concluded by 2026, in the coming weeks.

With conflicting reports suggesting a potential cost of anything between £14bn and £31bn, extending the UK’s busiest airport has been deemed a national economic priority by the Government – but has also attracted widespread opposition.

Here’s a look at how we got to this point and the runway ahead.

Why a Heathrow expansion is needed

Heathrow’s location on the outskirts of London makes it a prime location for international transfer passengers and it’s this connectivity that boosts business investment in the UK.

With 78 million passengers and 81 airlines serving 204 destinations in 85 countries, it is the UK’s largest airport.

It is estimated that the project could generate up to £187bn in economic growth across the UK, create up to 180,000 new jobs nationally and provide new domestic routes.

The principle of a Heathrow expansion has long been championed by the CBI, which speaks on behalf of 190,000 businesses of all sizes and sectors in the UK.

Josh Hardie, CBI deputy director-general, welcomed the announcement of the project’s approval, saying the UK had waited “nearly half a century for this decision”.

“Expanding our aviation capacity, and creating new flight routes to rapidly growing markets, is mission critical to ensuring Britain can compete on the post-Brexit world stage,” he said.

“The new air links the runway will create will unlock growth and help create jobs at home, and enable more businesses – especially our many innovative and ambitious small and medium-sized ones – to export their goods and services to booming markets.

“Our aviation capacity is set to run out as early as 2025, so it’s crucial we get spades in the ground as soon as possible.

“From Southampton to the Shetlands, firms in all parts of the UK will be looking to their MPs to approve the National Policy Statement, giving a timely vote of confidence in Global Britain’s future.”

And last month, the CBI’s director-general Carolyn Fairbairn joined other business heavyweights – including British Chambers of Commerce director-general Adam Marshall and Stephen Phipson, chief executive of ­manufacturers’ organisation EEF – in signing a letter calling Mrs May to hold a vote on the expansion quickly.

“Frankfurt, [Amsterdam’s] Schiphol and [Paris’s] Charles de Gaulle are ­pulling ahead at the UK’s expense – at our businesses’ expense – as our major port is constrained, forcing global ­investors and trade to go elsewhere in Europe.”

What are the proposals on the table?

Heathrow Airport Holdings, which operates the airport, plans to build a third runway that would increase capacity from 85.5 million annual passengers to 130 million.

Rather than build a sixth terminal, it would accommodate the extra passengers by extending terminals 2 and 5, as well as in another new unspecified building.

The plan also involves overhauling the airport cargo facilities and trebling Heathrow’s rail capacity from 18 to 40 trains, in order to provide transport for 30 million more people to the airport by 2030.

Work would be scheduled to start in 2021, with the third runway completed by 2026.

Heathrow Airport Holdings says its plan, which was recommended by the Airports Commission in 2015, would likely cost £14bn.

But a rival plan from Arora Group – owned by Indian businessman Surinder Arora, who has hotels and properties near the airport – proposed to build a new terminal and runway at a cost of £14.4bn, which would provide capacity for an extra 50 million passengers.

Known as the ‘Western Hub’, it would focus on a single area on the western side of Heathrow between Terminal 5 and the M25, avoiding the need to redevelop any terminals already in place.

It would integrate new passenger facilities with Terminal 5 into a single hub campus, with a central concourse at the heart that would serve as a single front door for all 85 million passengers using the Western Hub.

What are opponents saying?

The debate on whether to expand Heathrow has rumbled on for the best part of 20 years, with previous plans backed and then scrapped in the past decade.

A number of key figures have expressed opposition to the expansion of Heathrow, including Foreign Secretary Boris Johnson – whose Uxbridge and South Ruislip constituency on the outskirts of London includes Heathrow.

He claims he would “lie down in front of bulldozers” to stop the project from coming to fruition.

Mr Johnson’s view reflects the majority of those within his Conservative party, as well as many campaigners who contend a new runway facilitating an extra 700 planes a day would tip the UK’s pollution levels over the legal limit and heighten noise pollution.

Local residents are also against the project, with 700 homes – including the entire village of Sipson, Hillingdon – needing to be demolished before work can get underway.

They have been unsuccessful  in convincing the Government of their arguments, however, having failed to have the decision declared unlawful last year.

As part of today’s approval for the expansion, a £2.6bn compensation scheme was announced for residents and noise abatement measures.

Last year, Heathrow had 78 million passengers – out of an 85.5 million capacity – pass through its gates, making it the UK’s busiest airport and placing it seventh globally.

The Beijing Capital and Hartsfield-Jackson Atlanta airports were the most used in the world, by some distance, with 95 million and 103 million passengers, respectively.

But with the proposed expansion, Heathrow would have the capacity for 130 million passengers, allowing it to, in theory, eclipse some of its competition significantly.

It would remain some way behind the biggest airports in the world in terms of runway count, with three – far from the nine at Chicago O’Hare or seven at Northeast Florida.

It’s not just London that would benefit from Heathrow expansion

A busier Heathrow also means a busier UK economy, including in regions outside the capital.

The project team for the expansion claim the development would create up to 78,000 new jobs outside London and the South East and up to £157bn in economic growth to England.

It says there would be better connections from across Britain to the rest of the world, with up to 40 new long-haul routes from Heathrow, while also bringing more tourists to the whole country.

She told the Newcastle Chronicle: “Where new aviation capacity is built is not just a matter for London and the South East.

“This is a hugely important strategic infrastructure decision for the whole of the UK, and must be taken in the national interest.”

Supporters of the expansion say a third runway would safeguard domestic flights between Heathrow and regional airports, such as Newcastle, because airlines currently have to choose between domestic and international operations due to the lack of capacity.

The project also promises benefits for Scotland, where it could potentially create up to 16,000 jobs.

Transport Secretary Chris Grayling said: “It’s going to bring jobs north of the border to businesses who support the expansion itself and it will also support economic growth and strengthen Scotland’s ties, through Heathrow, with the rest of the world.

“We want to see as many direct flights from this airport but Heathrow is a hub that can take people from Scotland to places around the world that will open up new opportunities for Scottish businesses.”

In the East Midlands, it could create 12,900 new jobs and economic benefits of up to £15bn.

Scott Knowles, chief executive of East Midlands Chamber, said: “Heathrow has a huge supply chain involving thousands of companies and organisations all over the country which, in turn, sustains thousands of jobs here in the East Midlands and beyond.

“The expansion at the airport will create a raft of opportunities for further jobs creation and here in the East Midlands we have hundreds of businesses more than ready to step up to be part of the supply chain for this nationally-important infrastructure project that will show the world that UK plc is open for business despite Brexit.”

But Mr Knowles added that rail and road links from the North and Midlands to Heathrow need to be improved in order to maximise the benefits of an expanded hub airport.