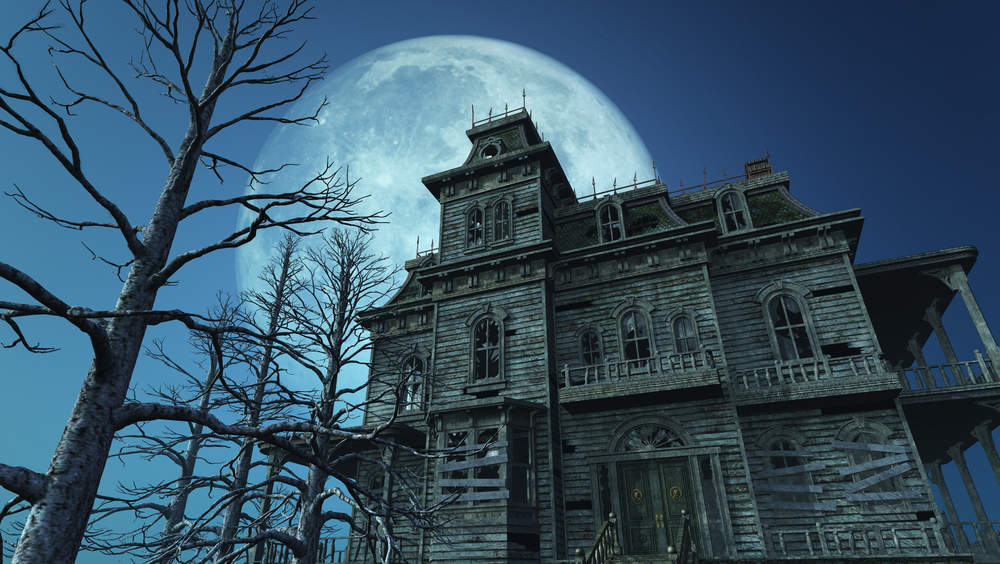 Whether you believe in the supernatural or not, haunted homes are a thing.

For a number of its years, the house’s resident swore that her family were living in the presence of ghosts. As well as sightings, the family also reported being woken up by something shaking their bed each morning.

The family eventually sold the house in 1991. However, hearing of these spooky rumours, its new owners quickly backed out of the purchase and took the case to court.

The court ruled that, as reported hauntings tend to push house prices down, this should have been disclosed ahead of the sale. Setting a precedent, properties in New York must now disclose such reported supernatural activity ahead of sale.

As a result, grabbing a side of apparition with your apartment or spirit in your semi got a whole lot easier.

While not all legally haunted, there are plenty of properties on the market with spooky backstories.

If you’re in the market for haunted houses for sale, here are some New York haunts to check out:

The latest home to hit the market is this seven bedroom, three bathroom home, situated on 1.25 acres of land on Staten Island.

With a $2m price tag, this property may seem like a bargain to outsiders, but nobody in New York City will touch it.

That’s due to its history of murder, suicide and other unpleasant incidents.

Staten Island residents know it as one of the most haunted buildings in the area. So the story goes, landowner Balthasar Kreischer built two of these houses for his two sons. One of the houses burned down, while one of the sons took his own life in the other. As a result, residents have reported hauntings ever since.

Kreischer Mansion’s history got even more grisly in 2005. It was found to be the site of at least one Mafia-related murdered carried out by mobster caretaker Joe Black.

If you fancy getting to know Kreischer Mansion’s spectres, find out more here. 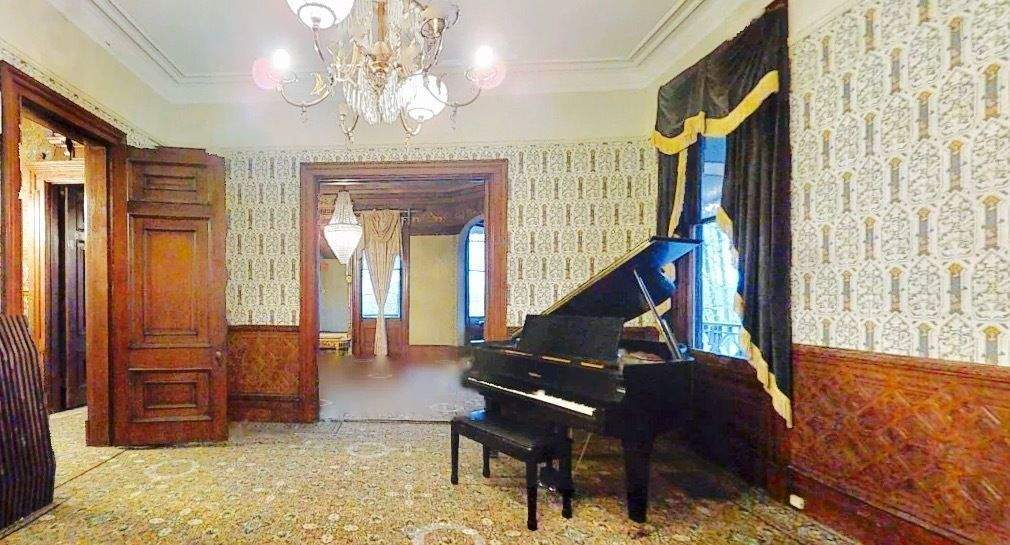 A haunted house isn’t complete without a piano. (via streeteasy.com)

Six bedrooms, six bathrooms, a sauna, ballroom and bar, 6 acres of land, phantom children and a haunted piano. Those are just some of the features and amenities that come with The Pillars Estate.

At $730,000, the price you will be paying for so much space is a steal. However, you must be willing to accept the estate’s other inhabitants.

Having been built back in 1880, The Pillars Estate has had some time to build up its list of ghouls. Ghostly rumours began to surface when restorations began in the early 2000s. Reports include child phantoms that enjoy a game of hide-and-seek, a woman in white that haunts one of the bedrooms and footsteps that follow you up the stairs.

The Pillars Estate has that creaky, aged look that will undoubtedly send shivers down your spine, whether haunted or not.

If this is the haunted home for you, find out more here. 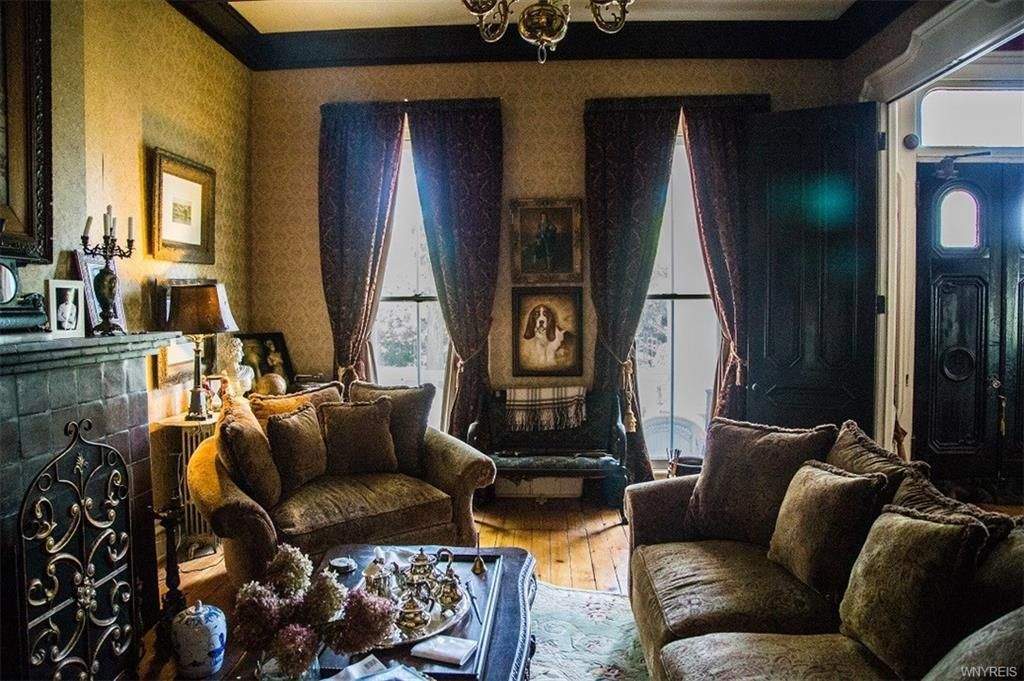 Sitting room at The Pillars Estate. (via zillow.com)

This is a great opportunity for a Beatles fan hoping to meet one of their late idols.

The Dakota Building was once the home of legendary deceased musician John Lennon. In fact, it was at the entrance of the building that Lennon was shot dead by crazed fan Mark David Chapman.

According to Lennon’s widow, Yoko Ono, he never left the luxury block. The media star claims to have witnessed the ghost of Lennon playing the piano in the apartment that they shared together soon after he passed away.

Likewise, Lennon also reported seeing a “crying lady ghost” in the building prior to his death. Other reports include an Indian at the entrance and ghostly children roaming the halls.

Apartments in this luxury complex, which also starred in the 1960s psychological horror film Rosemary’s Baby, are currently available from $1.7m. And at least you know if you do run into something supernatural, there will be somebody just down the hall to run to.

If you fancy catching up with John Lennon, find out more here. 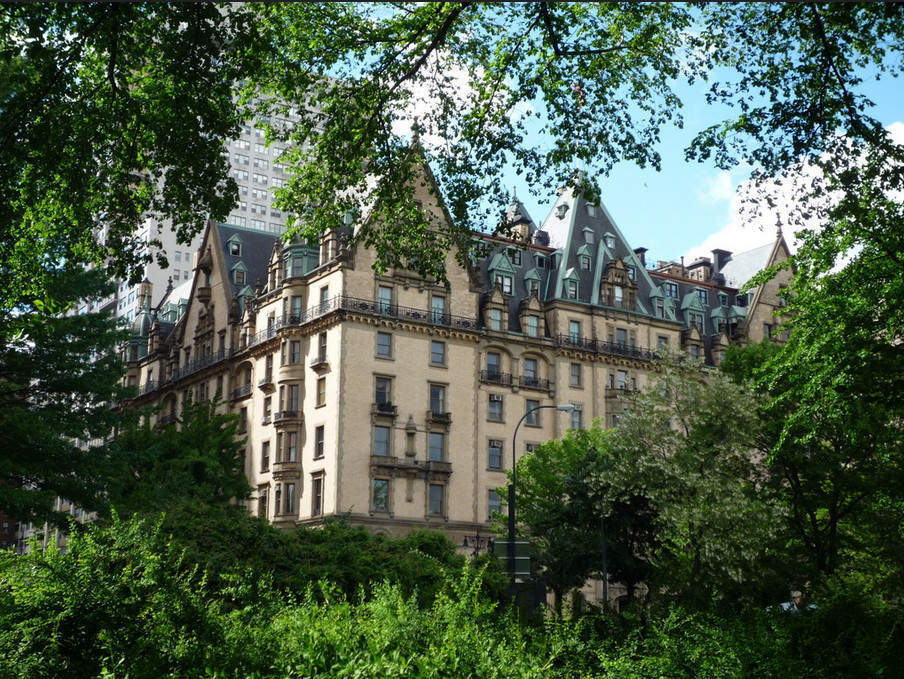 Strange sights are often seen through The Dakota’s many windows. (via streeteasy.com)