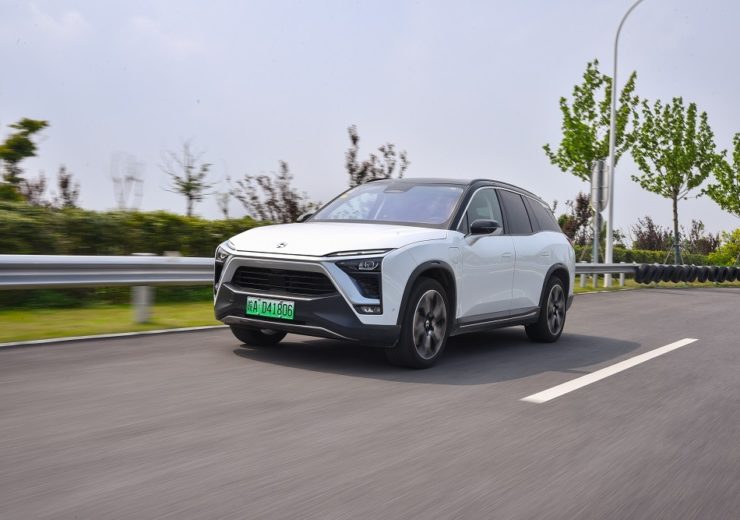 A scheme introducing green number plates for electric cars – along with a raft of perks such as access to bus lanes and discounted parking – is to be considered by the UK’s government.

Yet, while the Department for Transport proposal might appear to be a straightforward initiative to raise awareness and promote use of zero-carbon vehicles on UK roads, there is much to learn from similar schemes operating in China and Norway.

The proposal forms part of the UK government’s £1.5bn Road to Zero Strategy, which is designed to make the UK “the best place in the world to own an electric vehicle”.

UK Transport Secretary Grant Shapps said: “Green number plates are a really positive and exciting way to help everyone recognise the increasing number of electric vehicles on our roads.

“By increasing awareness of these vehicles and the benefits they bring to their drivers and our environment, we will turbo-charge the zero-emission revolution.”

How green number plates have been used in China and Norway

The UK is not the first country to look to new methods to identify and promote eco-friendly transport.

Zero-emission and hybrid cars in China are given green number plates, while government subsidies helped to encourage a 51% increase in the purchase of battery-powered vehicles — taking sales to 984,000 in 2018.

Electric vehicles in Norway carry a prefix of EL, EK on EV on their registration plates, while enjoying a range of benefits such as free parking and access to bus and taxi lanes.

David Leggett, automotive editor at GlobalData, said: “In Norway, over half of the car market is now accounted for by electric vehicles because the country’s government decided that it would support a range of policies designed to make EVs more attractive to purchasers.

“The Norwegians have big tax breaks on purchases, EV drivers can use bus lanes, and there are parking fee exemptions, as well as savings for EV drivers on road and ferry tolls.

“The UK government needs to go much further if the aim is to make substantial progress towards net zero emissions by 2050.”

Research from British motoring association the AA revealing that 80% of drivers saw the shortage of charging points as an inhibitor to making the switch to an electric vehicle.

An increase in the number of electric vehicles could also have consequences for the national electricity grid if capacity is not increased, according to John Hartley, head of propositions at British Gas parent company Centrica.

He added: “Businesses – large and small – account for a fifth of the UK’s energy use and that will only increase as they transition to greener electric fleets.

“They must be encouraged to do what they can to reduce strain on the National Grid by producing their own energy on-site and having the ability to sell it into local flexibility markets, which must be fully created by 2023.”

What incentives could be included in the green number plate scheme?

Incentives being considered for drivers sporting green number plates include the likes of discounted parking and access to bus lanes and low-emission zones.

She said: “The use of green number plates can help raise awareness of electric vehicles on the road and confirm to people that they are here to stay.”

Professor Cicigan also suggested companies that decided to use the zero-carbon identifiers on their fleet could see a boost to their trading, adding that she “would prefer to use a taxi with a green number plate or have a parcel delivered by a green van”.

Despite this, questions remain over how the green number plate scheme should be implemented.

“Making them more prominent through the introduction of green number plates could help promote them and will make the parking incentives and other incentives more transparent.

“But we would like to see the idea extended to other vehicle types such as buses and trucks – not just the cars and vans listed.”

Questions also remain over whether the green plates should be compulsory or added on a voluntary basis and whether the proposals should be extended to petrol-hybrid and other plug-in vehicles.

Eastlake was also wary that the concept could cause congestion in bus lanes and emphasised that the electric vehicle incentives should not come with a cost to public transport efficiency.

“We have to think carefully about which incentives are right,” he added.

“The immediate benefits are quite large, but we need to act quickly while electric vehicles remain a nascent market.”