Mayor Andy Burnham has outlined the Greater Manchester Transport Strategy, which includes various objectives including 65 new transport projects, the addition of 50,000 new homes and a commitment to tackling air pollution 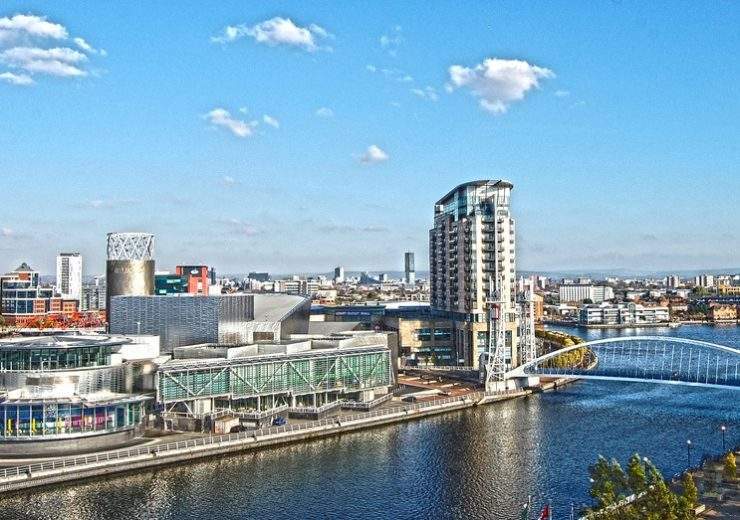 Manchester is to undergo a dramatic infrastructure overhaul before 2040 (Credit: Flickr/Zuzanna Neziri)

Tram-trains, orbital bus corridors and charges for gas guzzlers are just some of the ideas at the heart of the Greater Manchester Transport Strategy.

Announced yesterday (7 January), this plan lays out a roadmap for how the UK city and its surrounding area can achieve the goal of being carbon-neutral by 2038.

A total of £1bn has already been allocated to realise the ambitions laid out in the plan up until 2025, but Mayor Andy Burnham has confirmed more will be required in the region of an additional £3bn.

He said: “At a time of national uncertainty, Greater Manchester is starting the year with confidence and a clear, united statement about our future direction.

“We know where we want to go and today we invite partners and investors to join us on that journey.

“We believe the package we are announcing is radical, offers new thinking on the big challenges – housing, transport and the environment – and cuts through the policy paralysis of Brexit.”

What is the Greater Manchester Transport Strategy?

The strategy centres around making the most of Greater Manchester’s brownfield sites, prioritising redevelopment of town centres and other sustainable locations.

It will also help to address the housing crisis with a minimum target of 50,000 additional affordable homes – 30,000 of which will be social housing – and outlines the city-region’s strict opposition to any hydraulic fracturing, or fracking, operation.

As the name suggests, however, the core of the strategy is transport, with a number of contingencies having been laid out to ensure vast improvements are made by 2025.

“Just as this city pioneered city centre living 20 years ago, so we will now show how our towns can provide the modern, affordable homes we need for young and old alike.

“These new communities will breathe new life into our towns, filling redundant space with a new leisure and cultural offer.”

A focus on transport

The Greater Manchester Transport Strategy identifies more than 65 projects that will be completed within the next five years, including the purchase of 27 new trams, an upgrade of Salford Central railway station, a £160m new walking and cycling infrastructure and the expansion of the city-region’s electric vehicle charging network.

By 2040, it aims to have 50% of all daily trips in the city-region be made by public transport, cycling and walking, especially those shorter journeys around local neighbourhoods, meaning a million more trips a day using sustainable modes of travel.

In an effort to make this possible, a new tram-train will be launched, servicing areas like Heywood and Stockport, which will allow trams to use the rail system, while a new orbital bus corridor encircling the Greater Manchester will also be implemented.

Mayor Burnham said: “The new GMSF seeks to create a much clearer link between development and public transport, rejecting the outdated thinking of building only for the car.”

“We are committing today to prioritise projects which encourage people to change how they commute and reduce use of the car.”

“New thinking on integrated transport is crucial if we are to help people change how they move around, bring levels of road congestion under control and achieve our legal obligations to clean up our air.”

Air pollution to be addressed

Mayor Burnham also outlined a co-ordinated plan to bring levels of nitrogen dioxide (NO2) within legal limits, currently being developed by all ten local authorities in Greater Manchester.

The ultimate ambition is to turn Greater Manchester into a Category C Clean Air Zone, restricting the most-polluting HGVs, LGVs, buses and taxis from using the roads.

This would reportedly act not as a a congestion charge, but a penalty scheme for non-compliant vehicles, meaning those with a compliant vehicle would never have to pay a fine.

“It would not apply to private cars registered in Greater Manchester, 80% of which are already compliant,” said Mr Burnham.

“We believe that restrictions on the remaining 20% would neither be progressive nor
proportionate.

“We recognise that this approach will have significant implications for business – particularly small businesses and the self-employed.

“We will therefore be seeking support from the government to establish financial schemes to help GM-based businesses to change their vehicles.”

In addition to the introduction of 50,000 new homes, the Greater Manchester Transport Strategy aims to improve the standard of private renting.

“Too many homes in our private-rented sector are not maintained to the decent standard,” said Mayor Burnham.

“They are used to rake in public funds even when they present a risk to the residents inside and our communities around them. We are not prepared to let this continue.”

In response to this issue, the plan outlines a new drive to raise standards in the private renting sector by developing the Greater Manchester good landlord scheme.

This aims to make a clear separation between the good landlords in the area who treat their renters well, and those who disrespect their residents and the community at large.

“They are not welcome here,” said Mr Burnham.

“As part of this, we will work with Greater Manchester housing providers in considering all routes to tackle unfit, unsafe properties, including an amnesty.

“This would give owners of unfit properties an opportunity to arrange the transfer property to partner organisations at an agreed price to avoid enforcement action.”