Seven of the best places to work in the UK, as chosen by employees

Workplace review platform Glassdoor has released its list of the best places to work in the UK, ranging from tech giants to utility firms 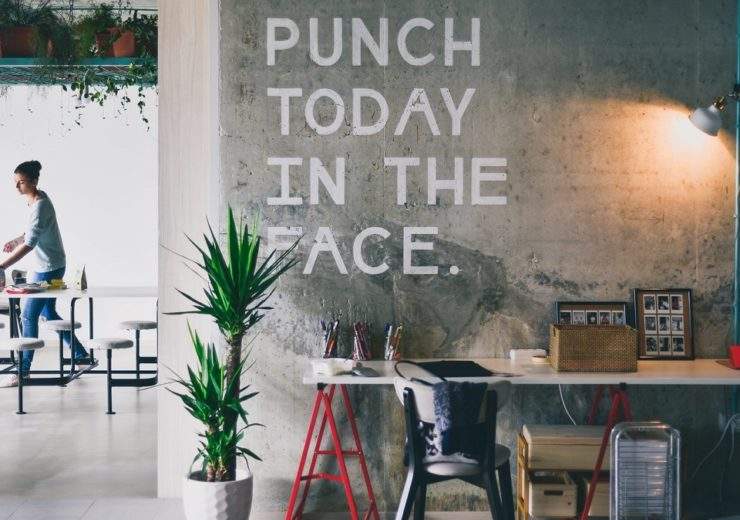 With employee satisfaction becoming increasingly conducive to productivity and staff retention, companies around the world are vying to become the best places to work.

Glassdoor – the website where current and ex-employees can paint an objective picture of where they’ve worked by leaving anonymous reviews – has released its 2019 rundown concerning just this, highlighting the firms with the best workplaces in the UK.

Here we profile some of the top 50, with everyone from global tech giants to regional utility companies rounding out the top of the list.

Anglian Water topped Glassdoor’s list for 2019, having placed second this year, with 91% of staff happy to recommend it to a friend.

The company, based in Huntingdon, Cambridgeshire, supplies water and hydro recycling services to more than six million domestic and business customers in the east of the country, with a range of sewer pipes stretching 70,000 miles.

Employees responded positively to the company’s perks, which include private healthcare, flexible working and discounts to water parks, along with its empathetic handling of part-time staff.

The large area it covers proved a problem for some, however, with a number of reviews citing a lack of communication and a surplus of travel.

Software corporation SAP bears the distinction of ranking on all of Glassdoor’s 2019 lists, including in the UK, France, Canada, US and a first-place win in Germany.

It helps improve the efficiency of operations across all areas of business, from warehouse to storefront, and has more than 350,000 customers worldwide.

About 93% of current and ex-employees who reviewed the company would recommend it to a friend, with 204 reviews saying there were no drawbacks to working there.

Staff reported enjoying the free lunches and gym facilities, along with the well-connected structure that encourages communication and collaboration.

A number of reviews highlighted a poor HR department, along with varying levels office quality depending on which country they’re in as two of the most pressing downsides.

With a history dating back more than 50 years, non-profit Wolverhampton-based Bromford provides a range of services aimed at reducing welfare-dependency and generating social value in employment, education, health and community safety.

The vast majority of reviews spoke highly about the senior management team and the company’s clear strategy and direction.

While a large number of reviews posted no specific cons, some felt the pace of change and the uptake of new work was too challenging, with others reporting job uncertainty.

Management consulting firm Bain & Company was founded in 1973, has almost 10,000 employees and last year posted a revenue of more than £2bn.

About 96% of past and present employees at the Boston-based company – which has a London office – would recommend it to a friend, with the majority citing the challenging and engaging work environment as a positive factor.

However, many reviews didn’t appreciate the steep learning curve, and said it led to burned-out and overworked staff.

In 2010, Metro Bank launched as the first high street bank in more than 100 years – seeking to give customers a greater level of choice than they have traditionally received from the market incumbents.

With more than 5,000 employees across 100 outlets, the company is aiming to reach two million customers by 2020.

A consistency in its vision and a willingness to do well by its customers are among the main things employees felt positively about at the company.

But a common point of contention was the fast-paced environment and the challenges that accompany it, with some liking the pressure and others feeling it too much to handle, especially for new employees.

EasyJet is a FTSE 100 company with a workforce of more than 13,000, operating on over 800 routes across more than 30 countries in Europe and North Africa.

The airline, headquartered in Luton, last year flew a total of 80 million passengers.

A large number of reviews said the company’s approach to shift management, which includes contingencies for allocating family time, meant they were able to maintain a healthy work/life balance.

Data science employees also reported the company’s recent investment in cloud technologies as a vital enabler for their work, while negative reviews mainly centred around poor IT equipment and facilities.

Dating all the way back to 1861, mutual life assurance, pensions and investment company Royal London claims to be the largest of its kind in the UK with 3,638 employees.

As of December last year, it manages funds of more than £114bn, serving roughly six million customers, with Group funds under management of £114 billion.

Reviewers agree on the inclusive nature of the firm, along with its relatively strong salaries, multiple benefits and well-considered culture and ethos as the Royal London’s strong points.

A small number see this positive culture as going too far, however, leading to diminished professionalism, while others feel more investment in recruitment is needed.