More electric vehicle charging points and new modes of transport: A glimpse into the future of urban mobility for the UK

Key stakeholders involved in drawing up the UK’s policy for the future of urban mobility came together to discuss plans, ideas and challenges 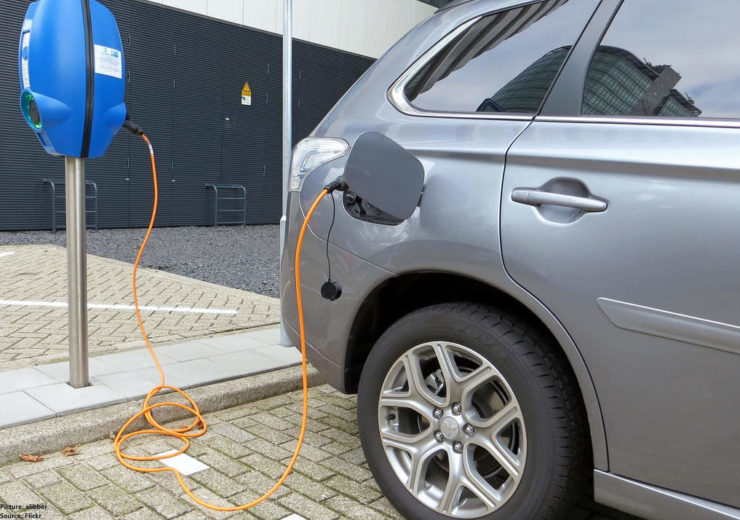 From self-driving cars to electric buses, our transport system as we know it is undergoing radical change – presenting a host of challenges for policymakers drawing up a vision for the future of urban mobility.

Many countries have committed to significantly reducing the carbon dioxide emissions they produce as the world fights to slow down, and eventually reverse, the effects of global warming.

Last month, the UK became the first nation to propose a target of achieving net zero greenhouse gas emissions by 2050 – stepping up its efforts following a previous goal to reduce its carbon footprint by 80% in the same time frame.

Such an ambitious objective has been applauded by many environmental campaigners but it will require an overhaul in many areas of Britain’s transport and energy industries.

Andy Eastlake, managing director of the Low Carbon Vehicle Partnership (LowCVP), said: “Under the 80% target, everyone thought they would be part of the 20% who could get away without making any big changes – now there’s nowhere to hide.

“Transport is a big contributor to greenhouse gases in the UK – worth 27% – but there are many technology options available.

“So if we had a road to zero through electrification previously, we now have a multi-lane freeway.”

Mr Eastlake and other key stakeholders involved in drawing up the UK’s policy for the future of urban mobility came together last week to discuss plans, ideas and challenges in a roundtable discussion hosted by Cenex, an independent not-for-profit low-emission vehicle research and consultancy group, at the Connected Places Catapult innovation hub in London.

In July last year, the UK government unveiled its Road to Zero strategy, which set out a plan for a major expansion of green infrastructure across the country, reduce emissions from vehicles already on the roads and drive the uptake of zero-emission cars, vans and lorries.

One of the headline-grabbing commitments was a proposal to ban petrol and diesel new car sales by 2040 – although environmental campaigners have claimed this isn’t ambitious enough.

Regardless of whether the proposal goes far enough, a huge swing in consumer behaviour is required.

In 2018, ultra-low emission vehicles (ULEVs) – any hybrid or electric vehicle that emits less than 75g of CO2 per kilometre travelled and is capable of travelling at least ten miles with zero emissions – had a 2.6% market share of new car sales and 0.5% for vans.

Vicky Edmonds, joint head of the government’s Office for Low Emission Vehicles (OLEV), says: “We want to be one of the world’s leaders in electric vehicles.

“We’re still in early market at the moment but we think they’ll be mass market by 2028.

“Price and range anxiety are the two blockers right now but once we get to price parity, we’ve removed one of the barriers.”

She pointed out how there were more than 1,200 ULEV taxis in the UK last year – with more than 200,000 ULEVs of all types overall – but admits most were in London.

“I mostly see ULEV taxis now in London – you can see the revolution happening before your eyes,” she added.

The government has faced criticism in recent weeks, though, for cutting grants for plug-in hybrid cars from £4,500 to £3,500.

The Society of Manufacturers and Traders (SMMT) blamed this policy change for the 11.8% fall in sales of alternative-fuelled vehicles in June 2019 compared to the same month last year – although battery electric vehicle sales rose by 61.7% to 2,461 registrations.

Ms Edmonds defended the policy change, saying there was only a limited amount of funds available to provide subsidies and priorities needed to be made.

She added: “It was clear that full battery electric vehicles were most important and by focusing on these, it’s led to a big increase in sales, compared to the slight decrease in hybrid sales.”

Like smartphone owners keeping one eye on the battery life bar, electric car owners can be constantly worried about whether their vehicle will last a long journey.

It’s called “range anxiety” and shows that no matter how much green transport technology progresses, it doesn’t mean much if there aren’t enough charging points available.

According to ZapMap, there are 14,500 public charging points with almost 25,000 connectors in more than 9,000 locations,

Ms Edmonds said 1,500 are rapid chargers – which take less than an hour to fully charge a vehicle – and almost 60,000 domestic charging points.

“Although 80% of charging is going to take place at home or the workplace, about 20% will be on those long journeys,” she said.

“Many of the costs around charging are for the underground connections. There’s a big investment that we hope will crack the range anxiety.”

The UK government has committed £400m to a charging infrastructure investment fund until 2020, while £37m has been allocated for installing wireless charging points.

A number of companies are also installing their own infrastructure – some backed by government grants – including Char.gy, BP-owned Chargemaster and Ionity.

Tesco and Volkswagen, meanwhile, announced a partnership last year to install 2,500 charging bays across 600 stores by 2021.

There are grant schemes available to increase the number of charging points at homes and workplaces too, with Transport Secretary Chris Grayling unveiling plans last week to make it compulsory for all new homes to be fitted with charging points and public chargers to have debit and credit card payment facilities.

Ms Edmonds added: “This signals that the government wants to go to where the market moves.

“The cost of owning electric vehicles is a lot less than other vehicles and having a domestically-generated energy supply is a big contributor to this.

“The will of Parliament is behind this movement and we’re just trying to make sure we’re prepared for a mass uptake.”

How autonomous vehicles will impact society

No one is in doubt the introduction of autonomous vehicles to our roads will be have a major impact on society but Iain Forbes argues the changes it will introduce could be even more profound than many realise.

He believes it will lead to the creation of new business models – similar to the way digital technology has transformed the taxi industry, spearheaded by Uber – and believes transport hubs like airports could look a lot different in the future.

“Vehicles are collecting and processing data in a way that hasn’t been the case in the past,” says Mr Forbes, who is head of the government’s Centre for Connected and Autonomous Vehicles (CCAV).

“Data might allow us to offer new services to people – it could have a big impact on emergency services, for example, and maybe even create new modes of transport.

“The world is changing more now than at any other time in history for transport.”

Self-driving vehicles, which the UK government wants to be on public roads by 2021, could improve road safety, he said.

A 2017 study by the US National Highway Traffic Safety Administration found that 94% of road accidents were caused by human error.

Mr Forbes pointed out how automation will be particularly beneficial to both vulnerable people who experience difficulties with driving and those in remote areas that are under-served by public transport.

Car parks, meanwhile, could be reconfigured to accommodate more vehicles as self-parking vehicles may not require wide spaces for opening doors.

“A lot of companies are thinking about how to use the technology to make transport better for people,” added Mr Forbes.

“There’s a chance to reshape the places in which we live. To some extent, they’ve been shaped around the car in the past 60 or 70 years and the rise in car ownership was a big enabler for people.

“But it also brought its downsides, so we need to learn from that for the next big change.”

To accelerate development of autonomous driving systems, the UK government has committed £250m in R&D funding.

In March this year, it also launched a £90m funding competition for cities to deliver “future of mobility zones”, in which they trial new mobility services, modes and models.

But Mr Forbes admitted this will also create a challenge for lawmakers as transport regulations “have grown up with pretty consistent modes of transport over the past few decades”, while cyber security and privacy must also be fully considered when it comes to data collection in connected cars.

What the future of urban mobility means for logistics, batteries and transport choices

Although much of the conversation surrounding the future of urban mobility is focused on car ownership and other modes of personal transport, freight also warrants sizeable attention, believes Mr Eastlake, of LowCVP, a public-private organisation set up in 2002 to accelerate the shift to low-carbon fuels and look for new business opportunities.

He pointed out that van miles are the most rapidly growing vehicle type due to the rise of deliveries in e-commerce.

“Freight efficiency has improved by 9% in terms of grams per tonne-kilometre but what we haven’t particularly seen is the technology of the trucks in terms of fuel efficiency improving,” he said.

One of the potential solutions for reducing emissions in lorries is using hydrogen – not always a renewable fuel yet but one that produces no harmful gases when burned with oxygen – to power trucks.

Mr Eastlake said: “I’m not a big believer in huge battery trucks, while installing electric highways that charge on the go is a big investment.

“We don’t really know what the solution for trucks is but we’ve seen a few hydrogen bus programmes in cities like London, Liverpool and Aberdeen.

“We should let the evidence steer us towards the right solution and hydrogen is one of those on the table, so we need to let its merits bubble up to the table.”

Electric batteries have been proposed as a key low-carbon alternative fuel for most other vehicles but Mr Eastlake highlights there are “hidden” environmental impacts to consider.

“Batteries take a lot of materials to produce,” he said. “By moving to a zero-emission car, we’re shifting the CO2 impact into the production phase.

“We have to think about this before we make 20 million of them so they are manufactured in a low-carbon way.

“While we’re looking to build a gigafactory [a plant that would produce gigawatt batteries] in the UK, we should actually be looking for a low-carbon gigabit factory.

“We want to make those batteries better and more sustainable than anyone else.”

An element of behaviour change among the general population will be needed to drive low-carbon transport adoption, no matter how much policy pushes people in this direction.

Mr Eastlake, who acknowledges there will be some inconvenience, claimed cars run at about 20% efficiency, with an average passenger load of 1.2 people per journey – offering plenty of room for improvement.

He added: “We think niche vehicles like electric motorbikes and quadricycles are a completely untapped sector in the UK and potentially speaks to some of the country’s strengths.

“It’s easier to electrify smaller vehicles because you can just replace the engines with batteries.

“There’s a lot of benefits in that space but the UK hasn’t really got a market, so there’s some interesting opportunities.”