France’s Eutelsat to acquire stake in OneWeb for $550m

The transaction will take the total funding raised by the Low Earth Orbit (LEO) satellite company to $1.9bn 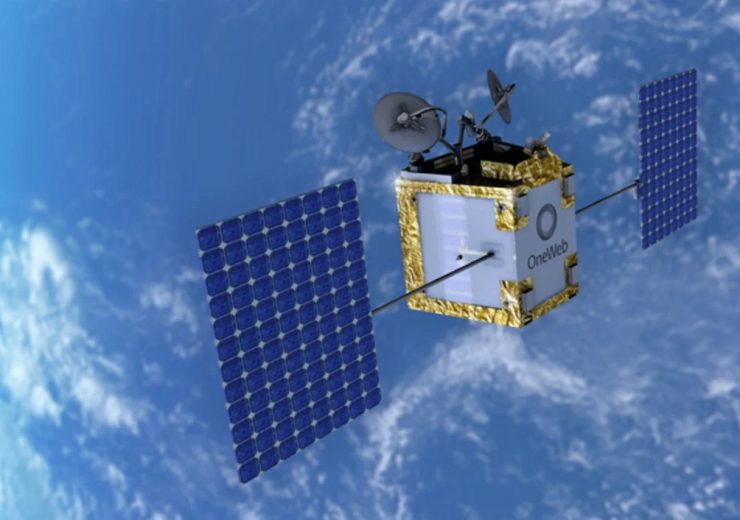 Artist's view of a satellite in the OneWeb constellation. (Credit: OneWeb)

Upon completion of the transaction, Eutelsat will become a major shareholder in the company alongside the UK Government, Bharti Global and SoftBank.

OneWeb is also expected to take its total funding to $1.9bn with the stake sale.

To provide the services, OneWeb is implementing a constellation of LEO satellites with a network of global gateway stations and a range of user terminals.

OneWeb chief executive officer Neil Masterson said: “As OneWeb accelerates the deployment of its fleet and engages in discussions with potential customers, we welcome the powerful support of Eutelsat during the next exciting phase of our journey together, benefitting both companies equally.

“Eutelsat is a great partner for OneWeb thanks to our high level of complementarity in terms of technology, assets, addressable markets, geographic reach and institutional relationships.”

The OneWeb constellation will operate 648 satellites, which are expected to offer significant regional coverage by the end of 2021, reaching global coverage in the next year.

It will deliver 1.1 terabits per second (Tbps) of capacity to address the government, fixed data and mobility markets.

OneWeb also has plans to implement a second-generation constellation to offer significant enhancements in terms of capacity, flexibility and economics.

Following the deployment of the constellation, the company expects to earn $1bn within three to five years.

The investment from Eutelsat is expected to make OneWeb almost fully funded and the company is progressing towards securing the remaining funding requirements this year.

Eutelsat plans to fund the acquisition through its cash position of €1.9bn as of 31 March 2021 and the $507m US C-Band auction proceeds.

The transaction is expected to be completed in the second half of this year, subject to regulatory approvals.