To be called BlueOvalSK, the JV will start production mid-decade 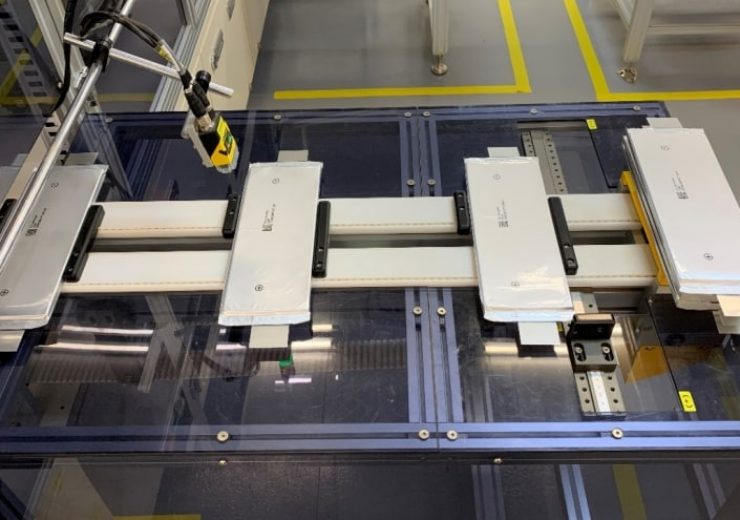 Ford Motor has signed a memorandum of understanding (MoU) with SK Innovation to create a joint venture (JV) for producing nearly 60GWh per year in electric vehicle (EV) battery cells and array modules in the US.

The JV, which will be called BlueOvalSK, will begin production mid-decade. Its production capacity can be potentially expanded, said Ford Motor.

The next-gen traction battery cells and arrays produced by the JV will be used for powering various future battery electric vehicles manufactured by the company.

Ford Motor president and CEO Jim Farley said: “This MoU is just the start; it’s a key part of our plan to vertically integrate key capabilities that will differentiate Ford far into the future.

“We will not cede our future to anyone else.”

According to Ford Motor North America chief operating officer Lisa Drake, BlueOvalSK will be engaged in developing and industrialising battery cells at scale. The battery cells will be customised for delivering optimum performance and value for Ford and Lincoln customers.

Under its global battery electric vehicle (BEV) plan, Ford Motor is aiming to achieve at least 240GWh of battery cell capacity by the end of this decade. This is equivalent to nearly the capacity of 10 plants, said the automotive company.

Ford Motor estimates that nearly 140GWh will be needed in North America, with the remaining to be dedicated to other major regions, which include Europe and China.

SK Innovation CEO and president Kim Jun said: “Ford is one of the most active players in vehicle electrification today. We are proud to be opening this new chapter in their long history.

“Our JV with Ford will play a pivotal role in fleshing out the electric vehicle value chain in the United States, a key objective of the current U.S. administration.”

Based in South Korea, SK Innovation has been working on mid- to large-size EV batteries since 1991. The company already runs a battery facility in Commerce, Georgia and is said to be growing its production capacity in the European Union and China.

The creation of the joint venture will be subject to the signing of definitive agreements, receipt of regulatory approvals, and other conditions.

The MoU for BlueOvalSK follows the recent investments announced by Ford Motor for expediting research and development (R&D) of battery technology and manufacturing. As part of these plans, the company is investing in a new global battery centre of excellence apart from making an additional investment in Solid Power, a solid-state battery startup.

Earlier this week, the US car manufacturer said that it is investing $22bn through 2025 towards the electrification of some of its popular vehicles.