11 fastest-growing tech companies in the UK, according to Deloitte 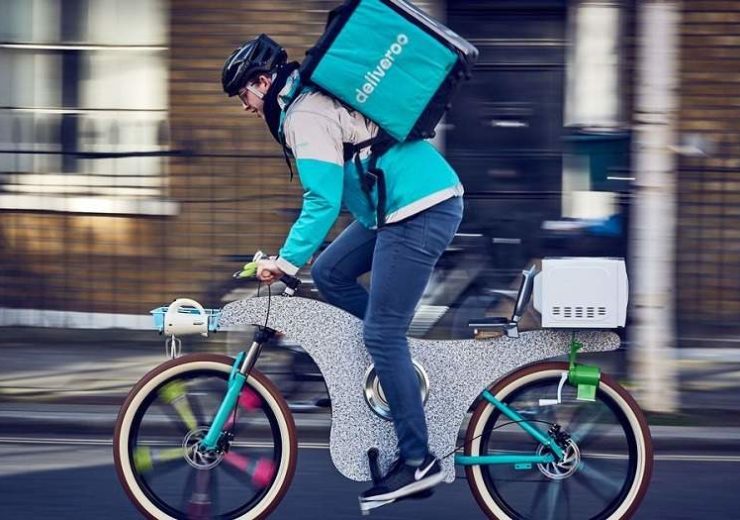 The 50 fastest-growing tech companies in the UK claim an average growth rate of 2,176% and a combined revenue of £1.2bn, according to Deloitte.

Launched in 1998, the global professional services firm’s UK Technology Fast 50 awards recognise growth over the past four years, driven by innovation and entrepreneurship.

They are part of a wider programme run by the company, with Ireland’s fastest-growing tech firms also recently announced.

Here we profile the 11 fastest-growing tech companies in the UK.

Founded by former investment banker Will Shu and software developer Greg Orlowski in 2013, fast-food delivery platform Deliveroo has reached a valuation of more than £1.5bn in just five years, raising $900m (£700m) in funding since its inception.

It also topped Deloitte’s list last year, with an astronomical growth rate of 107,117% between 2013 and 2017, and now serves every major city across Britain.

General manager for the UK and Ireland Dan Warne said: “Growing a company so quickly presents a wide range of challenges, but the potential for growth in the food delivery market only get bigger with every passing day.”

Another former investment banker, Guillaume Pousaz, started Checkout.com in 2012 with the aim of creating an online payment platform that used its own technology rather than relying on external sources.

In order to cater to this wide range of clients, Checkout.com has opened offices across the globe – from Paris and San Francisco to Dubai and Hong Kong.

In 2014, hospitality expert Nakul Sharma walked away from a promising career working for the likes of InterContinental and Starwood Hotels to launch Hostmaker.

The company aims to make homesharing an easier process, managing everything from in-person check-ins and cleaning to general maintenance – as well as listing properties across a range of platforms for short, medium and long term stays.

It is now the leading home rental management service in Europe, with more than 2,000 homes listed across nine major cities, and has posted a total revenue of £50m since its founding.

Cyber security firm Darktrace was founded in 2009 by a coalition of mathematicians from the University of Cambridge, cyber operations experts from UK intelligence services, and former accountant Poppy Gustafsson.

She said: “The spooks, who came from MI5 and GCHQ, all felt that a cyber breach was inevitable.

“The geeks were mathematicians from Cambridge University, all specialists in artificial intelligence (AI), and I was the chief financial officer.

“I was technically at Darktrace before it existed because I paid £15 to incorporate the company.”

The Cambridge-based firm has since become a unicorn, with a valuation of £1.26bn, and its technology has been deployed more than 7,000 times around the world.

London-based Adaptavist is an IT services company providing professional services, support, hosting and licensed products to more than half of the Fortune 500 and a range of major organisations including NASA and the BBC.

Established in 2005, the firm now has offices in the US, Canada, the UK and Germany, and helps its customers plan, deliver and manage their IT assets.

Integrated software sales platform Paddle has tripled its revenue every year since its 2012 launch, raising more than $25m (£20m) in funding during that time.

Today, the company has more than 130 employees serving over 700 software business in 238 countries across the globe.

Founded in 2012 by Oxford University graduates Husayn Kassai, Eamon Jubbawy and Ruhul Amin, Onfido has raised more than $60m (£47m) in funding and now claims to be the world’s best identity verification engine.

Using machine learning technology, it validates a user’s identity document by comparing it with their facial biometrics before cross-referencing against international credit and watchlist databases.

Capping off an eclectic career trajectory that saw him go from a pilot to a computer scientist before becoming an entrepreneur, Jonathan Nicol founded online private jet charter Stratajet in 2011.

In a bid to upend the traditional modern private jet business, the firm seeks to change the way people travel by making jets more accessible and helping operators improve their prices and efficiency.

Rather than quotes or estimates, users are given the final prices for booking a private jet online, which they can do in a few steps with mobile payment or credit card like they would for a chartered flight.

Omertria serves as an online platform for retailers, designed to help them make their interactions with customers more meaningful.

Users gain access to multiple features, including a data hub that build unique customer profiles, a real-time syncing tool that tracks every customer purchase on the go and machine learning capabilities that analyse customer behaviour.

Loan company Lending Works offers personalised quotes in two minutes and, following approval, can have the money in your account within one working day.

It claims to value transparency over anything else, and includes various jargon-busting methods on its website designed to simplify the process of peer-to-peer.

Having come from a background in IT services, outsourcing and enterprise software at companies like IBM and General Electric, Terry Walby founded Thoughtonomy in 2013.

His company offers a software-as-a-service (SaaS) cloud-based platform that’s designed to improve productivity for office-based “knowledge workers” – those who handle information, such as software engineers, architects, scientists and lawyers.

Thoughtonomy’s “virtual worker” AI tool can replace humans in carrying out repetitive tasks to free staff up so they can offer more value to a business.