Top CEOs love a morning workout but is it better to exercise before or after work?

It's Global Running Day today but for many top CEOs, including Mark Zuckerberg, Tim Cook and Richard Branson, exercise is part of their everyday routine to get them in the mindset for a productive day in the office 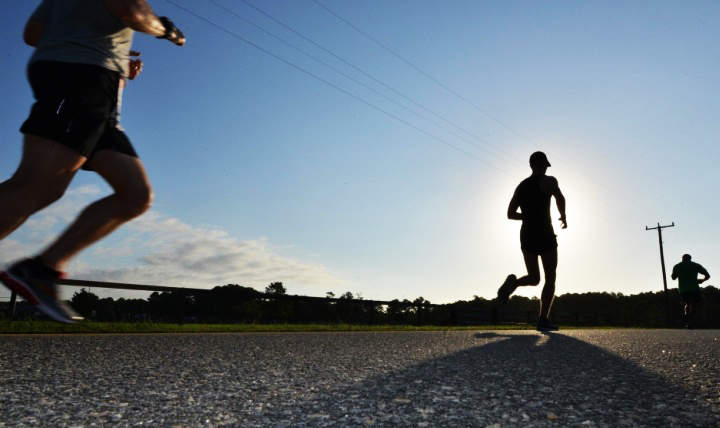 When the early morning alarm goes off, exercise is probably the last thing many of us want to do through the haze of tiredness.

But morning jogs and gym sessions have been championed by some of the world’s top CEOs – including Facebook’s Mark Zuckerberg, Apple’s Tim Cook and Virgin’s Richard Branson.

Cook is reportedly in the gym at about 5am every morning, while Richard Branson says he starts the day by either playing tennis, going for a run or kite surfing.

“I definitely can achieve twice as much by keeping fit,” Branson told FourHourBodyPress.

But is giving up the extra sleep worth it when a workout can be fit in after work or even during a lunch time break?

It’s hard to deny the impact of working out on productivity, but not everyone has the double digit working days of some top bosses.

Let’s weigh up the pros and cons of morning over evening exercise.

Pro: Exercise sets you up for a good day ahead

Morning exercise boosts our mood and mental alertness for the day ahead, according to sportsshoes.com’s in-house expert Melody Vassey.

He says: “There’s a reason so many people swear by it.

“It also sets up a domino effect, whereby we’re more likely to opt for healthier choices and eating habits for the rest of the day.”

A separate study, carried out by the University of Bristol, linked exercise to higher work performance, time management and mental sharpness – all benefits that are worth reaping before- rather than after- a work day.

Con: Energy levels aren’t always at their peak in the early hours

Mr Vassey says: “Energy levels are lower in the morning which makes it harder to maintain intensity, and if you’re not naturally a morning person, there’s a danger you’ll miss your session altogether.

“Exercising in a fasted state before breakfast may also result in muscle loss, as well as fat.”

Sleeping is, on average, an eight-hour fast, which is likely to negatively impact on morning workout performance too.

“Even the most dedicated exercisers will find difficulty fitting in a workout, which is why getting it done and dusted first thing in the morning is the most beneficial and constructive way to utilise your time,” says Liam Mahoney from Grenade.

“If you put it off and tell yourself you will do it after work, you might find that things often come up or that you are too tired by the end of the day to motivate yourself to get it done.”

By associating running with waking up, there’s also a good chance that it could develop as a healthy habit.

According to a study from the European Journal of Social Psychology, it takes an average of two months to build up a habit – and exercise is certainly one of the healthier habits to form.

Going straight from your bed to a run can mean that you’re not totally awake when heading out.

Not only might you be tired – which reduces awareness of your surroundings – but there’s also a risk of doing damage to your health.

Cortisol, a stress hormone that suppresses the immune system, was found to be lower in the evenings than mornings.

In a study from the sports science department at Brunel University, scientists compared the cortisol levels of swimmers working out in the morning and evening.

Levels of haemoglobin, which helps the body to fight off infections, were also found to be lower in the mornings.

Dr Lygeri Dimitriou, who led the study, said: “Exercising in the morning could possibly increase susceptibility to infection compared to an afternoon training session.”