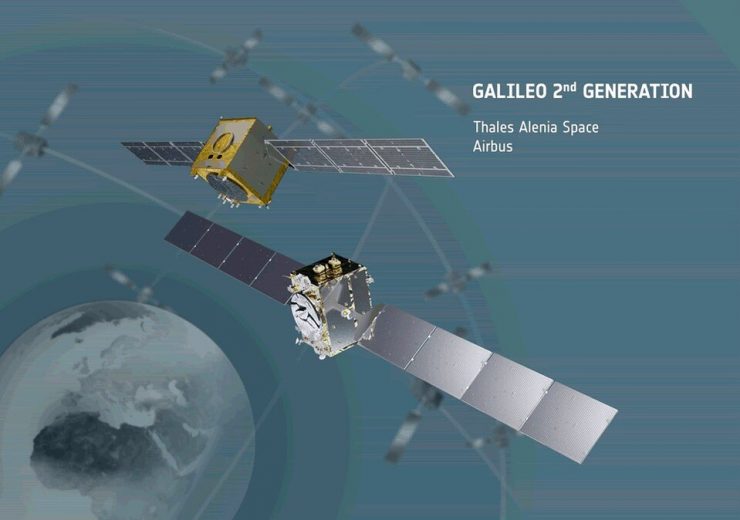 The European Space Academy (ESA) has awarded two contracts with a combined worth of €1.47bn to Thales Alenia Space and Airbus Defence & Space related to the first batch of the second-generation of the Galileo navigation satellites (Galileo G2 satellites).

Thales Alenia Space is an Italian joint venture between Thales (67%) and Leonardo (33%), while Airbus Defence & Space is a German aerospace company.

Under the contracts, Thales Alenia Space and Airbus Defence & Space will be responsible for developing two independent families of satellites. The two firms will design and build a total of 12 Galileo G2 satellites in this connection.

ESA navigation director Paul Verhoef said: “Galileo is a major success for Europe, and these contracts ensure that it is going to be around for a long time to come.

“The Galileo Second Generation will represent a further step forward with the use of many innovative technologies to guarantee unprecedented precision, robustness and flexibility of the system for the benefit of users worldwide.”

According to the ESA, Galileo is the civil global satellite navigation constellation of Europe. It is claimed to have the most precise satnav system in the world, providing metre-scale accuracy to over two billion users across the world.

The first launch of the Galileo G2 satellites is anticipated within four years.

The satellites will onboard technologies such as electric propulsion to push them from the orbit in which they will be launched to the final orbits where they will operate. This will enable simultaneous launching of two satellites despite their increased mass, said the ESA.

Furthermore, the satellites will have inter-satellite links to enable each of them to cross-check their performance routinely and decrease their dependency on the availability of ground installations.

The new generation of Galileo navigation satellites will help smartphones in acquiring the signal faster and in more quickly accessing services. Among other benefits include their ability to offer improved services for search and rescue, which include two-way communications to the person in trouble.

The 12 Galileo G2 satellites will join the 26 first-generation satellites in orbit along with the 12 ‘Batch 3’ satellites that are presently in production and testing.

The first launch of the Batch 3 satellites will be conducted later this year, said the ESA.