It's a game that could serve up much intrigue for the neutral given the polar opposite backgrounds of the two teams, and England v Panama is just as much of a mismatch in their economies too - showing just how big a success it would be should the Central American minnows pull off one of the greatest World Cup upsets of all time 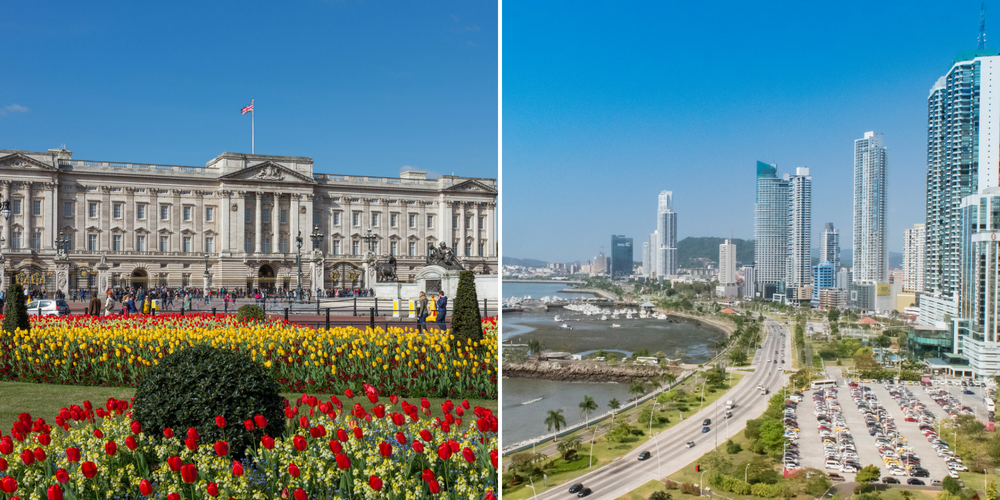 England v Panama is the sort of game that the World Cup thrives on – seemingly a footballing mismatch but one that could just as easily throw up a shock.

The Premier League is one of the most profitable sports competitions on the planet, bringing in £3bn per year in TV revenue, boasting some of the world’s most marketable clubs such as Manchester United and Liverpool – whose value escalates into the billions too.

In contrast, few people outside Panama will have heard of the country’s most successful club CD Arabe Unido, whose stadium only holds 4,000 fans.

In the Three Lions ranks is £200,000-a-week star striker Harry Kane, while Panama’s star player is Roman Torres – who earns about £6,000 per week at Seattle Sounders.

While the teams are polar opposites on the pitch, the story is much the same off the pitch, too – as Compelo compares the countries’ vastly different economies.

The total population of the United Kingdom is higher than 66 million people, with around 51 million of that number residing in England, according to the last census.

Panama – although a sizeable country connecting Central America with South America – has nowhere near that many people living within its borders.

A little over four million people call the country home, according to the 2017 UN World Population Prospects report.

It is not surprising that a similarly large gap in GDP exists between the World Cup opponents.

According to World Bank stats, the UK produced $2.651tn (£2tn) in goods and services in 2016 – with England creating most of that output.

By comparison, the Panamanian workforce produced just $55bn (£41.42bn) in the same year.

Panama flogged $861m (£648.37m) worth of passenger and cargo ships in 2016, according to the Observatory of Economic Complexity.

British companies with headquarters in the English capital of London are not hard to find on the Forbes Global 2000 list of the world’s largest public companies.

The bank HSBC is ranked 17th on the list with a market value estimated around $200bn, putting it ahead of its national peers British Petroleum (#36) and financial services firm Prudential (#66).

However, the Panama Papers investigation revealed that there is no shortage of big firms making use of the country’s relaxed approach to raising taxation.

According to the CIA World Factbook, unemployment in the UK stood at an estimated low of 4.4% in 2017.

The latest data from the Office for National Statistics puts unemployment in the UK between February and April of this year at an ever so slightly lower level of 4.2% joblessness in the labour market.

Estimated unemployment in Panama was not much higher than the UK’s in 2017 – sitting at 5.5% according to the Factbook.