Investments in electric vehicle rapid charging have been welcomed, but some groups have been left underwhelmed by ambitions to combat climate change 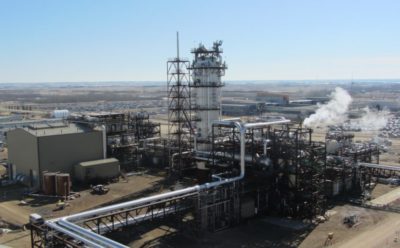 The UK Budget promised investments in green energy and low-carbon technologies over the coming year – but the chancellor’s pledges have received a mixed response.

Rishi Sunak delivered the spring statement yesterday (11 March), covering areas to be prioritised for government spending over the coming months.

As the UK prepares to host the UN’s COP26 climate conference in November, the government has promised increased funding for green transport technologies and carbon capture storage facilities as it aims to reach its net-zero emissions target by 2050.

Although the proposals put forward in the Budget have been welcomed by areas of the industry, some groups have been left underwhelmed by the chancellor’s ambitions to tackle climate change.

Sunak has pledged £500m ($637m) towards rapid charging for electric vehicles (EV) – ensuring drivers are no more than 30 miles away from a charge point.

Wood Mackenzie research director Ben Kellison said his company expects 1.5% of all passenger vehicles in the UK to have a plug by the end of 2020, jumping to 43% by 2040.

“At this nascent stage in the UK and globally, EV charging business models continue to evolve – especially charging that is aimed at supporting long trips,” he added.

“This has led to government, regulated utilities and car companies being the primary organisations developing these facilities in Europe, China and parts of the US at a short- and mid-term loss.

“The scale of the United Kingdom’s £500 million to support rapid EV charging hubs is high versus its peers in Europe today.

“But it is likely that we will see similar efforts in Europe as the Green New Deal roadmap is fleshed out.”

He added: “After months of uncertainty, the chancellor has given fleet managers and company car user’s confidence to accelerate investment into EV and green strategies.

“With first-year allowances now only available for businesses buying zero-emissions vehicles (ZEV), and zero-emission company van drivers set to benefit from a nil rate of tax from April 2021, the government has initiated a big change which will undoubtedly have a rapid impact on business fleets.

“It is encouraging to hear that ZEVs will be exempt from the Vehicle Exercise Duty expensive car supplement, which up until now will have deterred consumers from committing to greener vehicles that often retail above £40,000 ($51,000).”

Russell noted the investment into the Plug-in Car Grant, Plug-in Van Grant, and Plug-In Motorcycle Grant is “also a clear sign that the government is committed to the UK’s green future”.

“The combination of these initiatives has resulted in a Budget that has brought us closer to the UK’s net-zero target,” he said.

“It is now time for the government to turn its attention to fast and convenient access to power, which will be paramount for ZEV drivers.”

While Russell believes the investment into rapid charging hubs is a “step in the right direction”, he highlighted that the government is yet to “acknowledge that renewable energies are the linchpin to this change”.

“But the forthcoming White Paper and National Infrastructure Strategy will need to show greater and wider ambition in order to go further and faster across all our efforts to reduce emissions.

“In particular, we need to get started on a national programme to make our homes and businesses energy efficient and enable the increased investment in a variety of low-carbon generation technologies that will be required to power our economy as we move towards the net-zero target.”

Chaitanya Kumar, head of climate and energy at London-based think tank the Green Alliance, said “there are several welcome announcements”, notably funding for cleaner transport and a “huge boost for restoring nature and greening our countryside”.

He added: “But these steps forward are hampered by the combination of massive road-building and the freeze on fuel duty, and the disappearance of trailed plans to insulate the nation’s homes.

“All in all, the Budget is an underwhelming start to the year of climate action. The upcoming National Infrastructure Strategy needs much stronger plans on energy efficiency, zero-carbon infrastructure and resources.”