England v Sweden is set to be a close match-up on the pitch following impressive World Cup runs from both sides - but when it comes to economic ranking, there is far more distance between the countries 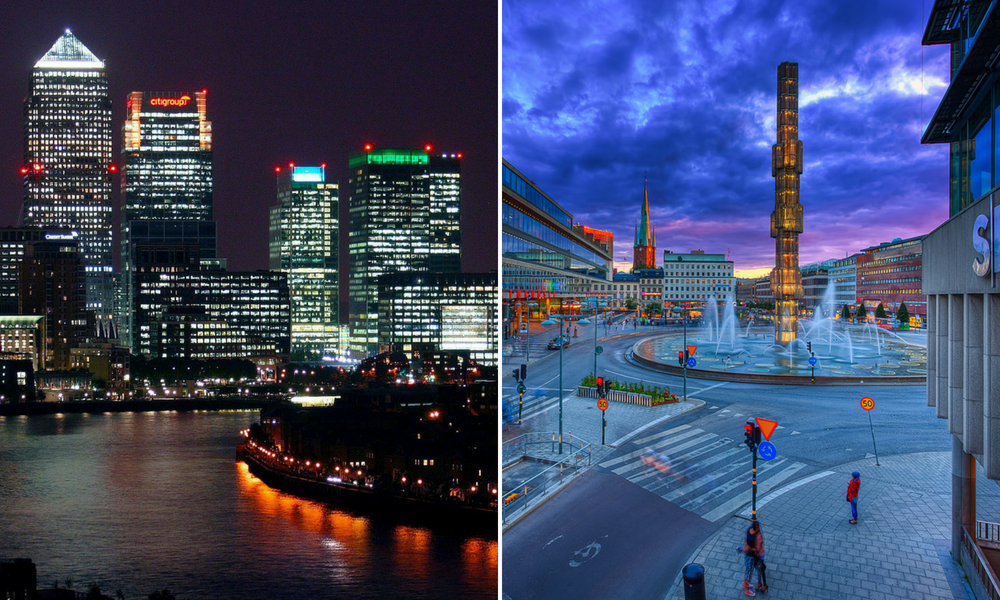 England v Sweden is shaping up to be one of the closest contests of the 2018 Fifa World Cup – but the two sides are more easily separated on their economic ranking.

Both teams have kept an impressive track record on the pitch during the tournament as it stands.

England have reached the quarter-finals for the first time in 12 years after beating a strong Colombia side, while Sweden have found their way out of a group shared with Mexico and Germany.

Fifa has the Three Lions 12 places above Sweden in its official world rankings, and the Google probability counter puts the chances of the Scandinavian side winning at just 20%, compared to 50% for England.

Betting company William Hill also puts the chances of England lifting the trophy far higher than it does Sweden – giving them respective odds of 7/2 and 22/1.

England fans will not be so optimistic, given the long history of World Cup upsets they have endured since the country last lifted a trophy in 1966.

Looking to put some distance between the two European sides, Compelo has checked how they fare when it comes to their economic ranking.

According to population data, England is home to more than five times the number of people that can be found in Sweden.

The Office for National Statistics puts the number of people living in England a more than 55.6 million, while the UN World Population Prospects report claims that only nine million reside in Sweden.

There is a similar disparity between the populations of the capital cities of the two countries. Eight million people live in London, while just over 950,000 are settled in Stockholm.

The scale of difference between the GDPs of England and Sweden is roughly half that of their population gap.

A total of $2.62tn (£1.98tn) worth of goods and services were produced in the United Kingdom in 2017 – with England drumming up the bulk of that number.

They were also Sweden’s highest selling export good, driving some $8.2bn (£6.2bn) into the Swedish economy and accounting for 5.4% of its $134bn (£101.02bn) export market, according to the Observatory of Economic Complexity.

Banking giant HSBC is rank 17 on the list with a market value of $200.3bn (£151bn) – followed up by fellow British businesses British Petroleum (#36) and the financial services company Prudential (#66).

The highest ranking Swedish company is Nordea Bank – found further down the list at rank 199 with an estimated market value of $43bn (£32.42bn).

Yet, he is not quite as rich as the wealthiest person in Sweden.

Stefan Persson, chairman of the high street fashion brand H&M, holds an estimated net worth of $16.8bn (£12.66bn) – meaning he is the 73rd richest person on Earth.

CIA World Factbook estimates from 2017 put unemployment in both England and Sweden at fairly low levels.