Just a matter of months since the last major storm battered America's east coast, Hurricane Florence is looming off the shores of North and South Carolina with the potential to claim lives and cause infrastructure damage - while there could also be severe economic damage in both those states as well as in Virginia, Georgia and New York 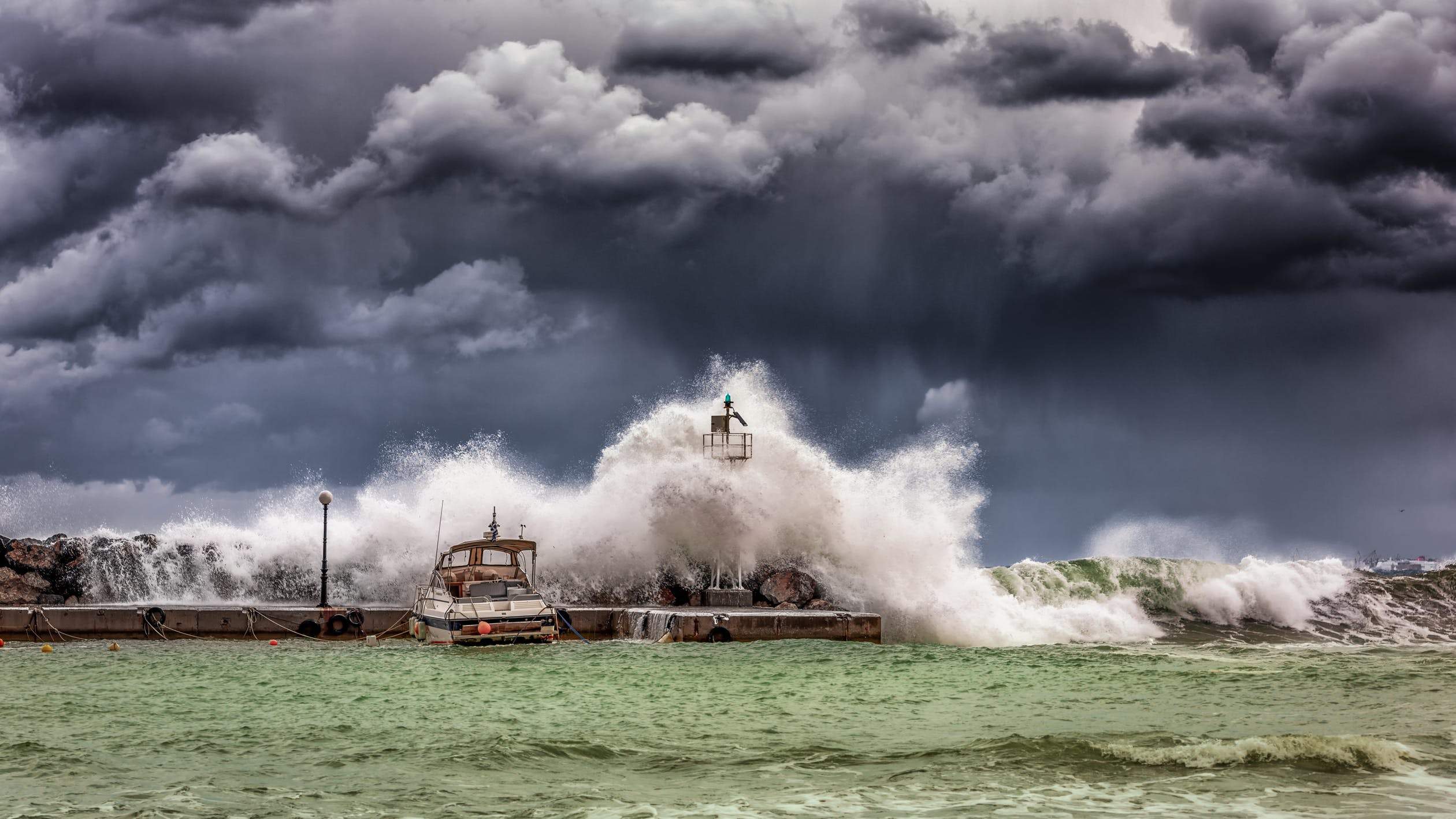 When natural disasters strike, it can leave a trail of devastation affecting lives, homes and personal possessions – but much of the US’ south-east coast could soon also have to contend with the economic impact of Hurricane Florence.

Varying estimates put the financial consequences of the 2017 hurricanes Harvey and Irma, which wreaked havoc across Florida, Texas and Louisiana, as well as islands including Puerto Rico and Cuba, at up to $300bn (£230.4bn).

Now, states primarily including North and South Carolina, are bracing for the impact of a third storm in two years and the largest to batter the region since Hurricane Hugo in 1989.

Hurricane Florence is expected to make the transition from ocean to coast sometime in the next 24 hours, and could linger over America’s Southeastern seaboard for several days, unloading 15 to 40 inches of rain.

While the potential economic consequences remain difficult to determine precisely, many industries have begun making preparations in anticipation of a severe downturn, while 1.5 million people have already been ordered to evacuate coastal areas.

Here, we look at the possible effects Hurricane Florence will have on the ecosystem of the regions unlucky enough to find themselves within its looming trajectory.

Power companies across North and South Carolina, Maryland and Virginia are warning of potential power outages, and have implemented contingency plans.

It isn’t the first time it has had to take such drastic action, with 2016’s Hurricane Matthew causing about $125m (£96.6m) in damage across Duke Energy’s area of operation in North Carolina, leaving about 1.5 million customers without power.

“Historical data and company experience indicate that total power restoration from a storm of this magnitude could take multiple days to several weeks, depending on the extent of damage and post-storm conditions, such as ongoing high winds and severe flooding after the storm passes though the region.”

Gas producers and pipeline companies in America’s Appalachia region, which stretches from northern Alabama to southern New York, are preparing for the anticipated loss of up to two billion cubic feet per day in supplies over the next week.

The storm is also expected to disrupt supply flows out of the area by delaying the construction of key interstate pipeline expansions.

It has the potential to push back the expansion of the Transcontinental Gas Pipe Line system, currently due to start on 17 September, by an as yet undetermined amount.

The expansion of the 10,200-mile pipeline, which carries natural gas, will connect the burgeoning Marcellus shale gas producing regions in northern Pennsylvania to markets in the Mid-Atlantic and south-eastern states.

A spokesman for Williams Atlantic Sunrise, the gas company working on the $3bn (£2.3bn) project, said: “We are diligently making necessary preparations for the storm.”

There are 16 nuclear reactors across North Carolina, South Carolina and Virginia, all of which are in danger of being damaged as a result of Hurricane Florence and its predicted 73mph winds.

The storm is expected to affect Duke Energy’s 1,870 megawatt (MW) Brunswick and 932MW Harris nuclear plants in North Carolina, as well as potentially the 1,676MW Surry plant in Virginia, owned by Dominion Energy.

About 12 hours before Hurricane Florence makes an appearance, both of Duke Energy’s North Carolina plants will shut down.

Electricity and gas company SCE&G is also preparing to shut down its 1,006MW nuclear facility in Jenkinsville, South Carolina.

Vice-president of operations Bill Turner said: “Regardless of this storm’s exact path, we anticipate Florence will bring dangerous winds and the potential for heavy rain and flooding across our service territory, which could result in significant power outages for our customers.

“We have worked for years to strengthen our system against the impacts of severe weather, and our response for this particular event has already begun.”

A new survey has revealed that just more than 50% of healthcare providers believe their organisations have disaster plans capable enough to deal with hazardous scenarios such as Hurricane Florence.

The study by healthcare software provider DrFirst also found just 29% of cardiologists and endocrinologists – both of whom provide treatment for some of the most serious of diseases – have a disaster protocol at the ready.

It surveyed 109 healthcare professionals across all verticals of the industry in August to highlight these findings.

President G Cameron Deemer said: “The fact that almost 70% of the surveyed healthcare providers have been affected by more than two disasters in the last five years should be a major wake-up call for the healthcare industry.

“As we learned in the aftermath of major disasters such as Hurricanes Maria and Harvey, natural disasters lead to surging demands for acute and emergency care, especially from the most vulnerable patients who may have been displaced from their homes without medications or critical medical supplies, like oxygen or diabetic testing equipment.

“We must take measures now to address the critical gaps impacting patient care and safety, such as communication challenges and ready-access to medical records and speciality care providers.”