Are e-scooters shaking up urban transport or a safety epidemic waiting to happen?

Proponents claim e-scooters will help ease congestion and cut air pollution across Europe and the US, but serious questions remain over their safety and true environmental impact 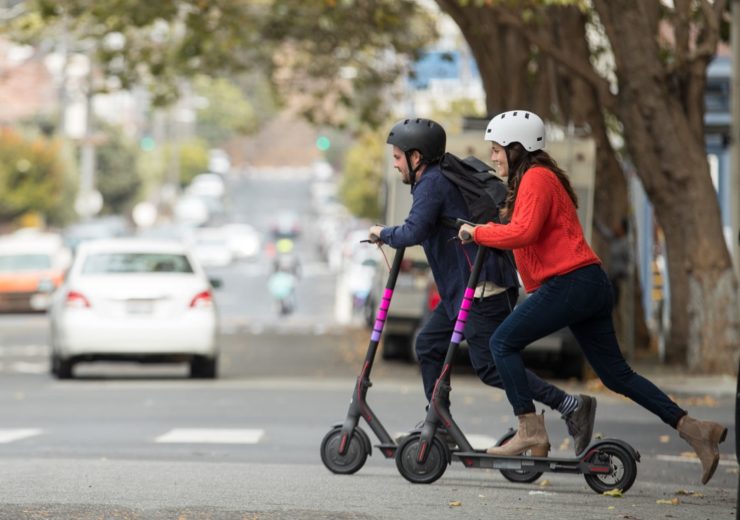 E-scooter advocates claim they will help cut congestion on crowded roads while simultaneously reducing the killer toxins choking city streets, but many are not convinced by the environmental rhetoric. NS Business takes a look at the arguments both for and against.

Commuters whizzing past slow-moving traffic on two-wheeled electric scooters is becoming a common sight across European and US cities.

What was once considered a ‘toy’ has quickly become a viable means of transport, with the National Association of City Transportation Officials recording 38.5 million e-scooter trips in the US last year.

With companies such as Bird, Lime and Lyft expanding into new cities and new start-ups, including Circ, Hive and Dott, following the trend, the number of e-scooters on city streets is only set to boom.

However, the prospect of rapidly increasing numbers of e-scooters taking to the streets of Europe and the US has left many feeling alarm at the largely unregulated rise of the machine.

San Francisco is at the epicentre of the e-scooter market with three of the earliest entrants – Bird, Spin and Lime – all based in the city’s Bay Area.

A rapid proliferation of the electric scooters on its streets led to 1,900 complaints being filed between 11 April and 23 May in 2018.

Additionally, 500 scooters were impounded by police for being improperly parked.

As a result, San Francisco placed a temporary ban on app-rental scooters in the area, with any company-branded example found on the street being confiscated and a $100 fine sent to the operator.

In August, the SFMTA announced Scoot and Skip could return to the streets – but Lime and Bird, the world’s largest scooter-sharing operations, were snubbed.

Similar bans on dockless e-scooters were enacted in Santa Monica and West Hollywood.

On 1 July, the Parish of Santa Maria Maior – covering much of the historic city centre – introduced fines of up to €300 for companies whose scooters were found improperly parked.

In Paris, the number of e-scooters ending up in the river Seine is so great that Guppy, a French start-up that clears non-hazardous waste out of the river, is now employed to fish them out.

The company claims that, over a period of three hours, they could catch as many as 60 scooters using magnetic fishing gear.

E-scooters banned in the UK

The UK is another country where the use of e-scooters has proved controversial. Here, they remain illegal to use on the road or pavement.

Protesters gathered outside Downing Street in early August, demanding changes to the Road Traffic Act, which prohibits e-scooter use.

Darren Shirley, chief executive of advocacy group Campaign for Better Transport, said: “The way we travel is changing and e-scooters form an important part of the mix of new micro-mobility options in towns and cities.

“But in order to ensure riders and other roads users are protected, the Government should legalise e-scooters for use on the roads and in cycle lanes and review road safety guidance and the Highway Code, accordingly.”

Electric scooters currently fall within the definition of a motor vehicle under UK law, meaning anyone riding one requires an MOT certificate, insurance cover, driving licence, number plates, and helmet.

The design of e-scooters prevents several of the requirements being met, meaning that they are illegal by default.

Anyone riding e-scooters on public roads or pathways risks a £300 fine and six penalty points on their licence.

However, this has not prevented people from using them on UK roads.

A spokesperson for the UK Government said: “Safety is at the heart of our roads laws, and people who use e-scooters need to be aware it is currently illegal to ride them on the road and the pavement.

“The government is considering the use of e-scooters and e-skateboards as part of its regulatory review, as announced in March in the Future of Mobility: Urban Strategy.

“We are actively examining how they can be regulated for safe use on the road, in order to encourage innovative new forms of transport.”

The Future of Mobility: Urban Strategy review was announced in March and will explore the possibility of updating laws that are a barrier to innovation.

Described as the biggest review into transport in a generation, the review will also look into regulation of e-bikes, sharing customer data to improve services and transport payment methods.

Concerns over public safety were first heightened following the death of 35-year-old YouTube celebrity Emily Hartridge, who was hit by a lorry while riding an e-scooter.

Another fatality came on 3 August, with the death of Bradley Visser, 38, who crashed his electric skateboard in Oxfordshire.

Road safety charity Brake’s director of campaigns, Joshua Harris said: “Alternatives to cars are vital with our cities getting ever more congested and polluted, however, the safety implications of new transport modes most be fully explored before they’re permitted to be used.

“E-scooters are illegal to use on public roads and pavements, yet they’re becoming a familiar sight.

“Retailers need to make it clear at the point of sale that they are illegal to use on public roads. We also call on the Government to support public compliance by clearly communicating what is permittable, and to prioritise a review of the current regulations.”

They are billed as a greener alternative to cars, with e-scooter companies often describing their product as ‘carbon-free’. US company Bird claims its e-scooters help  users “reduce pollution and improve air quality”.

While many argue that swapping cars for electric scooters would benefit the environment, a new study says eco-friendly credentials claimed by e-scooter companies are exaggerated.

Researchers from North Carolina State University report that while they have zero tailpipe emissions, the materials used and manufacturing process contribute to e-scooters’ carbon footprint.

They found that, over the average lifecycle of a single unit, e-scooters produced 202g of CO2 per passenger mile travelled — compared with 414g CO2 per mile for personal car use, 82g for bus travel and 8g for cycling.

Jeremiah Johnson, associate professor of Environmental Engineering, North Carolina State University, described some of the hidden impacts in an article for The Conversation.

He said: “Manufacturing these scooters and other electronic products has effects at the mine site, the smelter and the factory.

“For e-scooters, we calculated that these production impacts often exceed half of the total impacts caused by each mile of travel on a scooter.”

“Another factor, responsible for 40% of the total environmental impacts of e-scooter use, is the use of contractors to collect, charge and redistribute the scooters at the end of the day.

“These collectors typically drive their personal automobiles to round up as many scooters as they can, then charge them at home and return them the next day,” added Johnson.

“The logistics are not optimised, which leads to unnecessary driving on the hunt for scooters.”

The study concludes that, in 65% of cases e-scooter riders generate more greenhouse gas emissions than a viable alternative.