As the number of e-scooters hitting the roads increases, Sam Forsdick takes a look at companies leading the transport revolution 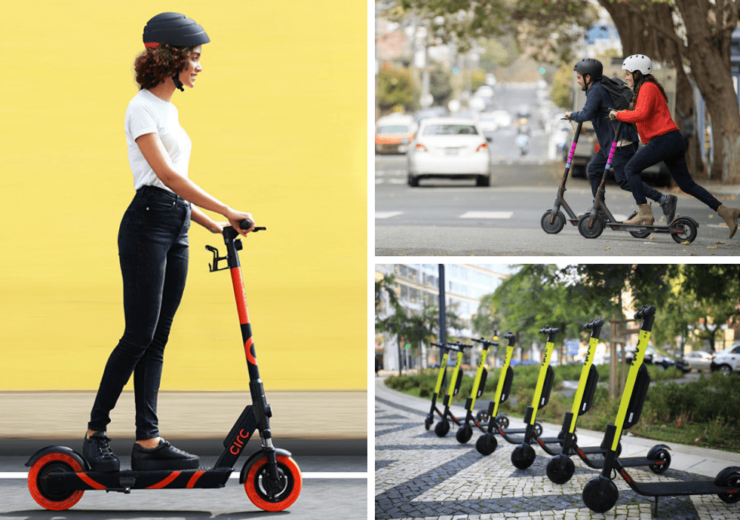 Find out who's driving the e-scooter revolution

Electric scooters, or e-scooters, can now be found on the street corners of most major cities – with a host of companies vying for a share of the micro-mobility market.

The dockless two-wheelers can be hired via an app and travellers generally pay per minute to use the transport, which can hit speeds in excess of 15mph.

While some have described them as a green way of easing traffic congestion, others have branded them a public nuisance and potential safety hazard.

The US city of San Francisco was the first to experience the rent-a-scooter revolution as three companies, Bird, Lime and Spin, dropped 2,000 e-scooters on the city’s streets in March 2018.

Since then the competition for customers’ digital wallets has only increased with a number of new entrants to the market.

Here we look at the major players driving the two-wheeled mobility revolution.

Santa Monica-based Bird was founded in 2017, and was the first app-based scooter rental service to launch.

The company recorded 10 million rides in its first year of operation across 100 cities and is now valued at $2.5bn.

Bird was named alongside Spotify and Airbnb as one of Time Magazine’s 50 Most Genius Companies of 2018.

Bird launched a monthly rental service in April, where customers pay a flat rate for unlimited use of its e-scooters.

Scoot Networks, more commonly known as Scoot, launched in San Francisco in 2012 with an initial fleet of 10 scooters.

The company’s seated electric scooters were later rolled out to Santiago and Barcelona.

After adding kick scooters to its repertoire of vehicles, Scoot was one of only two companies permitted to operate in San Francisco’s Bay Area.

The company was bought by Bird for an undisclosed amount earlier this year and continues to operate as a subsidiary.

The former Olympic sprinter endorsed the launch of the e-scooter rental service in Paris in March, with the company looking to expand into 20 European cities throughout 2020.

Originally founded in Miami in 2018, Bolt Mobility underwent a rebrand and now lists the Olympic champ as a co-founder of the company.

Explaining his decision to become an ambassador for the micro-mobility company, Bolt said: “I have run in cities all over the world, and I can tell you first hand that traffic is getting worse and worse in every city on every continent on earth.

“That’s why I am so proud to be a co-founder and global ambassador of the Bolt Mobility electric scooter — a mode of transportation that will truly change the way people move.”

Co-founded by Toby Sun and Brad Bao, the transportation start-up’s scooters can be found in the US, Australia, Brazil, Canada, Mexico and Spain, among others.

Despite encountering problems in San Francisco, where it was denied a licence by the local authority to operate, it has expanded operations into cities including London, Berlin and Zurich.

Derrick Ko and Euwyn Poon co-founded Spin in San Francisco in 2016, and have seen the company’s fleet grow to 30,000 vehicles — a mixture of bikes and scooters.

The firm has a foothold in 40 American cities — totting up more than a million rides, according to its website.

Spin was bought by Ford Motors in November 2018, in a deal believed to be worth around $100m.

Skip offers electric long board scooters created by Boosted — a company run by the same team.

It currently operates in the San Francisco Bay Area, Portland and Washington DC. It claims to work closely with the local transport authorities when establishing itself in a new area.

A scooter costs $1 to rent and 25 cents per minute thereafter. Skip also offers to deliver a free helmet to riders.

These were followed by e-scooters, which launched in Santa Monica in October 2018.

Scooters can be reserved via the Uber app in participating cities, priced at 15 cents per minute in the US.

Lyft’s pink-wheeled scooters are available in 21 US cities, including Dallas, Chicago Los Angeles, Miami and Washington.

It is priced similarly to Uber’s Jump, costing $1 to rent and 15 cents per minute thereafter.

Around 600 of its dockless e-scooters, which go under the brand name Hive, launched in Lisbon, Portugal in 2018.

Its services have expanded across Europe, with Hive now available in Austria, Poland, France and Greece.

Circ, formerly known as Flash, is one of the latest additions to the e-scooter market.

The micro-mobility start-up was founded by Lukasz Gadowski and managed to rack up one million rides in four and a half months.

The Berlin-based company launched in Zurich, Switzerland at the start of the year and has since expanded to 21 cities.