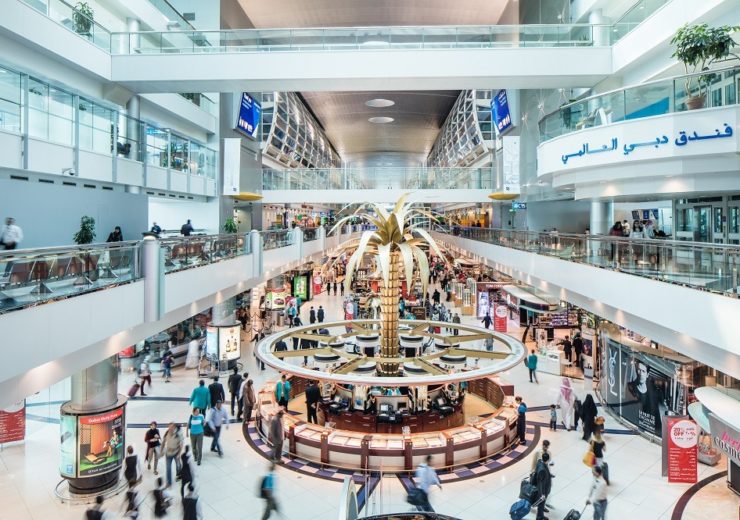 Passengers have grown accustomed to using an app for flight information and tickets –but at Dubai Airport, it can also provide workers with key information to help cut queues and solve problems before they even happen.

When Michael Ibbitson made the switch from Gatwick Airport chief information officer (CIO) to the same role at Dubai, his first task was to increase capacity – no easy feat for the third largest airport in the world in terms of passengers and the busiest in the Persian Gulf.

Michael says: “When I arrived in Dubai in 2016, the last building we had space to build in the airport was being completed.

“My mission was to improve the throughput of the airport.”

Up until that point, expansion at Dubai Airport had come from new terminals, runways and buildings, but now Michael had to find more innovative ways of getting customers through the airport and onto their flights.

“At the time, we had 78 million passengers and it is now up to 90 million.

“My job is to figure out how to keep stretching that number, up to 120 million passengers, without building a thing.”

Creating an app to manage queues at Dubai Airport

Prior to Michael’s arrival, passengers could be expected to queue for up to an hour at immigration.

He claims that queues are one of the most important things the airport’s many sensors monitor.

“We have a great system of sensors in the ceiling that looks at the floor and measures all the people moving in real time,” Michael says.

“It creates a tiny dot on a really simplistic file, which means you’re not moving heavy video around.

“We can then count how many people are in the queue and how long they’re waiting in every checkpoint around the airport.”

But monitoring the situation does not help to improve the queue lengths or reduce the time people spent in them.

Michael’s solution was to create an app.

He says: “We integrated the sensor data with a mobile app, which was put on the phones of every police officer and immigration official at the airport.

“Every time a queue got longer than 50 people, or over a ten-minute wait, we sent them an alert.

“It gives them the critical information they need in the palm of their hand and focuses people’s attention on solving the most immediate problems.”

The implementation of the app at Dubai Airport saw queue lengths cut in half in the space of six weeks.

Using the app to predict problems at Dubai Airport

The Dubai Airport app is now used by 20,000 people across the airport campus, including Sheikh Ahmed, president of the Dubai Civil Aviation Authority and Emirates Group CEO and chairman.

The next step was to use historical data to predict airport traffic and continue to make  improvements.

Michael says: “We put in predictive views of the next 12 hours of traffic and it varies in real time.

“So, if a flight departs late from Riyadh Airport, we know it will arrive at Dubai in an hour.

“The expected incoming traffic can then be adjusted in real time on the app so the police and immigration can see the number of people going to transfers, who will need security checking and the number going to arrivals, which means they will need immigration services.”

Improvements to the app also seem to happen on the fly.

Michael adds: “The other day, myself and two other IT guys went out and noticed that  when too many airplanes land in the same place, we get queues in security in a particular zone.

“So we went and stood in the terminal all through the night and watched all these planes come in with the ops guys.

“We asked them whether the app actually gave them the information in a meaningful format that helped them understand how to stop the queue happening and divert people to different security points.

“They went into five different places on the app to calculate how many people were going to show up at this particular spot at the one time.

“We then did a quick whiteboard session there and then, in the middle of the terminal building at 2am, to work out how to organise the data feeds to help the airport staff.

Technology alone is not the answer to long queues at airports

Michael believes that “putting technology in the face of the customer is not actually the answer”.

“Who wants to engage with a robot, or a hologram? Even those kiosks can be quite challenging sometimes,” he says.

“What you want to do is make sure the staff know the technology inside and out, and know which data to use to help you.

“Our staff should be able to help you with whatever question or challenge that you have because they have access to such a vast array of resources directly from their phone.”

Michael claims that much of the hardware at Dubai Airport, such as the smart gates, are some of the best in the world.

The next challenge is creating the software to match it.

He adds: “We actually want to give passengers a personalised journey, which says, ‘you’ve just got off the airplane, you’re going to have five minutes in immigration and your bag will be about three minutes wait time at the luggage carousel‘.

“We don’t publish that to the passengers yet, but it is one of the things we want to do.

“We’re always looking at ways to improve our service – the aim is to be not only the biggest international airport, but the best in terms of services.”