What is Drone Shark? The app keeping surfers safe

A viral video showed footage of an Australian surfer being pursued by a shark, before being warned by a drone to evacuate the water 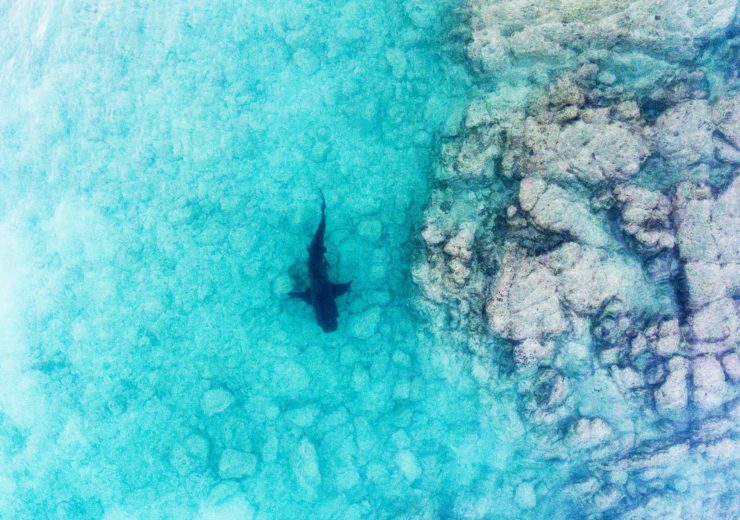 More than 30 sharks have been spotted by Drone Shark's service (Credit: Drone Shark)

A surfer paddling off the coast of New South Wales, Australia was caught by surprise when a drone overhead called out, “Shark! Get out the water ASAP”.

The warning came courtesy of a new start-up, which is aiming to use the airborne technology to make Australia’s coastline safer.

Founded by Jason Iggleden, Drone Shark provides a filming service for surfers, while simultaneously acting as a lookout for underwater predators.

Surfers can hire drones through the app to track their movements and provide panoramic footage of the action on the waves.

This also helps to fund Drone Shark’s secondary purpose – as a lookout for sharks and reporting on surf conditions.

Speaking to the Guardian Australia, Iggleden says: “When the light-bulb hit me, I didn’t know anything about drones.

“But I believed in my idea so much I got it patented two days later and started the app process.”

How does the Drone Shark app work?

While one drone will remain close to the action, a second stays high in the air to get maximum visibility of the ocean, and the company claims that its service is a world first.

“The drone technology is much better than having a person sat in a tower looking for a fin in the water,” Iggledon adds.

“Once you get up in the drone, you can see everything from the birds-eye view.”

The service currently operates at three Sydney beaches – Bondi, Tamarama and Bronte – with plans to expand in the future, and can provide updates to surfers every 10 to 15 minutes, as well as recording live footage.

Although the risk of being killed by a shark remains significantly slimmer than dying after being struck by lightning or hit by a firework, the University of Florida’s International Shark Attack File recorded 130 incidences of shark attacks in 2018.

Since launching in 2017, the drones have managed to spot more than 30 sharks in the water – including a great white – and the tech has helped to get people out of the water on eight occasions.

During one particular incident, 15 surfers were urged to get to the safety of the beach after a two-and-a-half-metre great white shark was identified by the drone.

Although Drone Shark clarifies that it does not provide a comprehensive safety service, Iggledon sees it as part of his “duty of care” to alert surfers of anything in the water.

He works closely with lifeguards to help them raise the alarm, and drone fliers are also equipped with megaphones to warn swimmers and surfers.

All beach-goers can access information on surf conditions and shark sightings on the app, as well as view other people’s videos.

Premium subscriptions, which are offered at AUD$19 per month or AUD$200 a year, allow surfers to book appointments for drone filming and help to fund the service.