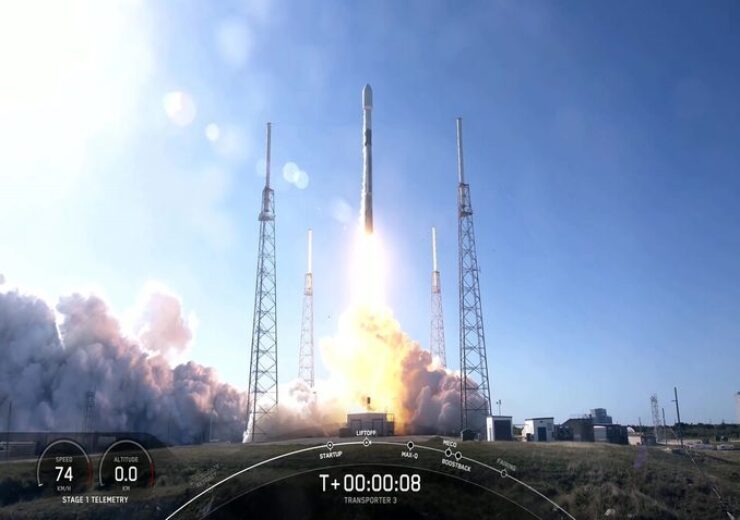 Eutelsat will provide technical support for the UAE-based firm’s space programme, which includes the DEWA-SAT1, a 3U nanosatellite that was launched into the orbit in February 2022.

The French firm will help build nanosatellite Internet of Things (IoT) terminals apart from boosting the connectivity between DEWA’s assets and the DEWA-SAT1 nanosatellite.

According to DEWA, the cooperation will strive to study the possible integration of Eutelsat Earth Low Orbit (ELO) satellites with the Space-D programme. The partnership will also aim at growing the fleet of nanosatellites for both firms.

DEWA and Eutelsat agreed to design, develop and implement the first use-case at the former’s research and development (R&D) centre.

At the facility, the partners will use IoT sensors and Eutelsat ELO satellites to build use-cases for advancing the utility sector around the world.

DEWA MD and CEO Saeed Mohammed Al Tayer said: “Through Space-D, DEWA researches the use of space technology to support utilities to improve their operations and planning. This will support sustainable development and a green economy in the UAE and worldwide.

The space programme is said to help DEWA in developing resilience and agility in managing and monitoring water and electricity networks.

“The programme takes advantage of Fourth Industrial Revolution technologies such as IoT, AI, and blockchain to exchange information with the help of satellite communications and earth observation technologies.

“The programme enables monitoring of the performance and effectiveness of solar panels at the Mohammed bin Rashid Al Maktoum Solar Park, the largest single-site solar park in the world.”