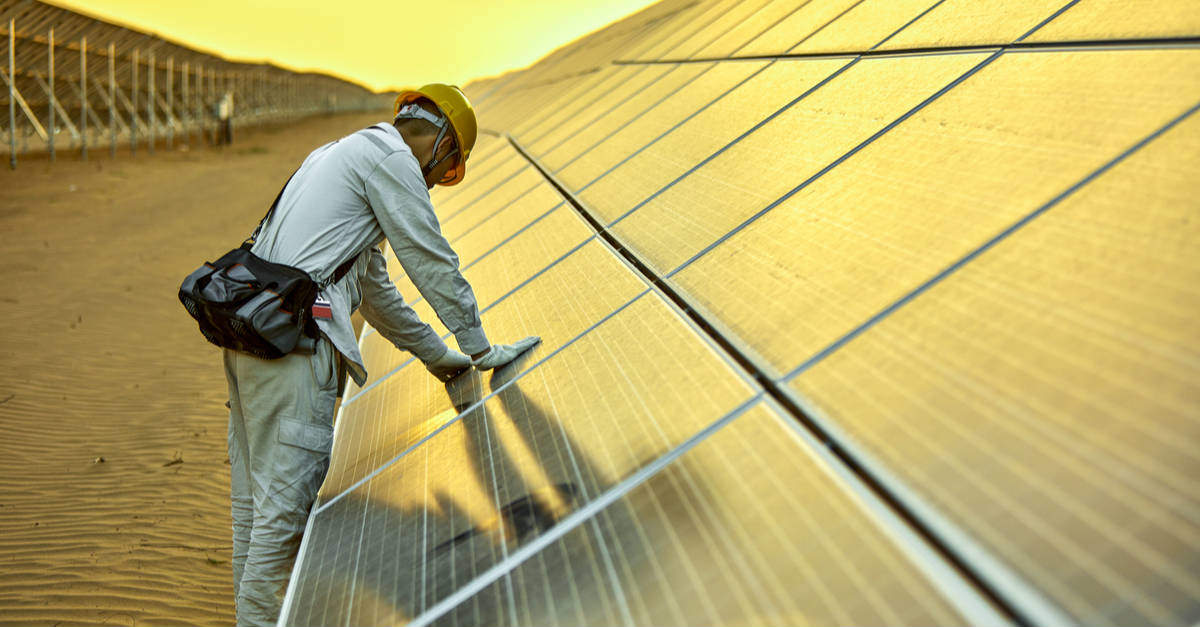 Asia remains the bedrock of renewable energy employment, accounting for 60% of all jobs in the sector. But the International Renewable Energy Agency report paints a picture of global growth

For the first time in history renewable energy jobs have exceeded the 10 million mark – proving it’s a massively growing industry.

As the renewable energy industry continues to flourish, in 2017 it created more than 500,000 new jobs globally, according to the latest figures published by the International Renewable Energy Agency (IRENA).

The report suggests there was a 5.3% rise from the previous year – mainly owing to strong growth in Asia.

In its fifth edition of the renewable energy and jobs annual review, IRENA found the total number of people employed in the sector now stands at 10.3 million globally – reaching eight figures for the first time in history.

Here’s a closer look at the statistics provided in the report by IRENA.

China alone accounts for 43% of the jobs, with its share particularly high in solar heating and cooling (88%), solar photovoltaic (PV) sector (66%) and wind power (44%).

Although a growing number of countries are now joining the renewables fold, the IRENA the research found that the bulk of manufacturing still takes place in relatively few countries and domestic markets vary enormously in size.

Sixty per cent of all renewable energy jobs are in Asia.

Adnan Z. Amin, director-general of IRENA, said: “Renewable energy has become a pillar of low-carbon economic growth for governments all over the world, a fact reflected by the growing number of jobs created in the sector.”

Solar PV remains the biggest employer of all renewables technologies

As mentioned above, China accounts for 2.2 million of all solar PV jobs – a 13% increase – in a sector that provides 3.4 million jobs globally.

Not too far behind is Japan, America, India and Bangladesh, which are the top five countries for solar jobs and account for 90% of jobs in the sector.

The number of people employed in the industry increased 9% from 2016 – with record installations of solar PVs measuring 94 gigawatts of energy output in 2017.

According to the report, jobs in the wind sector decreased moderately last year to 1.15 million worldwide.

China accounts for 44 per cent of global wind employment, followed by Europe and North America with 30% and 10% respectively.

In Europe, just behind Germany with over 118,000 jobs, Britain is the second biggest renewable energy employer, 41,800 of which fall in the wind sector.

Meanwhile, half of the top 10 countries with the largest installed capacity of wind power in the world are European.

Reaction to the IRENA report

Mr Amin said: “The data also underscores an increasingly regionalised picture, highlighting that in countries where attractive policies exist, the economic, social and environmental benefits of renewable energy are most evident.

“Fundamentally, this data supports our analysis that decarbonisation of the global energy system can grow the global economy and create up to 28 million jobs in the sector by 2050.”

Dr Rabia Ferroukhi, head of IRENA’s policy unit and deputy director of knowledge, policy and finance, added: “The energy transformation is one of improving economic opportunity and a rise in social wellbeing as countries implement supportive policies and attractive regulatory frameworks to fuel industrial growth and sustainable job creation.

“By providing policy makers with this level of detail about the composition of renewable energy employment and skills requirements, countries can make informed decisions on several important national objectives, from education and training, to industrial policies and labour market regulations.

“Such considerations will support a fair and equitable transition to a renewables based energy system.”

High-speed rail – does its economic impact match its breakneck speed?