From Orwellian nightmare to state-imposed social engineering, Ant Financial's Sesame Credit system has been described as many things - here we take a closer look at the system and five things you may not have known about it 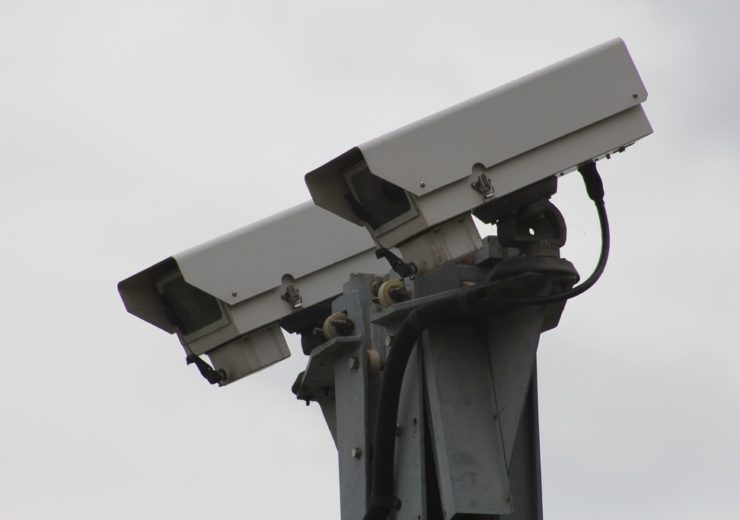 Data is becoming an ever-more foundational aspect of modern life but in China, where the Sesame Credit system is gathering steam, things are moving faster than anywhere else.

What is China’s Sesame Credit system?

The app was created back in 2014 by Ant Financial, an affiliate of Jack Ma’s e-commerce behemoth Alibaba and formerly known as Alipay, which couldn’t have chosen a more opportune moment for launch.

Data tracking has never been more sophisticated and ubiquitous than it is now, with virtually everything someone does in their day-to-day lives being logged, collated and stored.

This is especially true in places like China, where QR codes are omnipresent and cash is a thing of the past, meaning everything from renting a bike and checking-in to a hotel to staying up all night playing video games is traceable.

In the case of Sesame Credit, it’s this and many, many more kinds of data that’s being used to construct social rankings for each every person who has installed the app – some 520 million people.

Rank highly by doing things like paying your debts on time and avoiding criminal activity, and life gets easier – cash deposits for various services are waived and your kids can go to better schools, for example.

Fall afoul of the numbers game by doing anything from jaywalking, to refusing to serve in the Chinese army, and it gets harder.

Certain establishments can refuse you service, while other users with high rankings are incentivised to ostracise you.

Here we profile five things you might not know about Ant Financial’s highly controversial Sesame Credit.

Though the Western media has painted the Sesame Credit system as though it were some sort of dystopian nightmare made reality, Ant Financial claims it’s actually all about building trust.

In 2014, around the time Sesame Credit was first being introduced, a Chinese government document on the possible utility of social ranking systems stated: “Trust-keeping is insufficiently rewarded and the costs of breaking trust tend to be low.”

It’s this idea that underpins Ant Financial’s app, according to Wen Quan, a blogger who writes about technology and finance.

She told the BBC: “Without a system, a conman can commit a crime in one place and then do the same thing again in another place.

“But a credit system puts people’s past history on the record. It’ll build a better and fairer society.”

Portrayal of Sesame Credit in the media has led to the common misconception that it’s mandatory – but it isn’t.

Chinese citizens have the option to opt-in, if they so wish, with certain incentives for  attaining a high-ranking score designed to entice users.

If they would rather not, the option to live without it remains.

Ant Financial hasn’t made that easy, however.

The company’s parent, Alibaba, is a staple of nearly every element of life in China, from internet shopping and social media to public transport and online payment.

This makes it particularly difficult to operate outside of its sphere of influence, and to operate within it without Sesame Credit means being at a constant disadvantage.

3. It doesn’t have a ‘blacklist’ feature

Much has been made of Sesame Credit’s supposed blacklist feature, which doesn’t actually exist within the app.

It does exist within the Chinese government’s own social ranking system, however, which has become a common source of conflation with Ant Financial’s app.

There is scant information on the state-run system, save for the fact that it does actually include a blacklist feature, which inflicts punishment upon those who do everything from failing to pay fines on time to revealing government secrets.

Given the fact the Chinese government has greater sway over its country’s population than even all-conquering Alibaba, the consequences for a low ranking on its system are severe.

Serial offenders can lose certain rights and ultimately be banned from using transport such as trains and planes, effectively blocking their exit from China.

This was seen in November 2018, when it was revealed that millions of Chinese citizens had been blocked from booking flights or trains.

4. It doesn’t officially involve the Chinese government… yet

Many assume Sesame Credit is an Orwellian exertion of government influence in China, but this isn’t the case. Not yet, anyway.

In 2014 the Chinese government announced it would be allowing various companies to implement their own social credit systems, which many have done, before potentially collating and combining them with its own tool in 2020.

5. It isn’t the social credit system in China

Since the government approved their use, a number of Chinese companies have introduced social credit systems – Sesame Credit is the most-used, but it’s not without competition.

It has a lot of catching up to do with Sesame Credit, but it has the potential to grow rapidly, as it is available to all customers who use Tencent’s social media and messaging platforms WeChat and QQ – a total of more than 800 million people.