Electric vehicles: Will China control the future of the world’s most popular mode of transport?

China's recent investment habits make it abundantly clear it is intent on controlling the production of electric vehicles. Felix Todd assesses why a single country is so determined to dominate the future of automotive transport and how likely it is to realise its goal 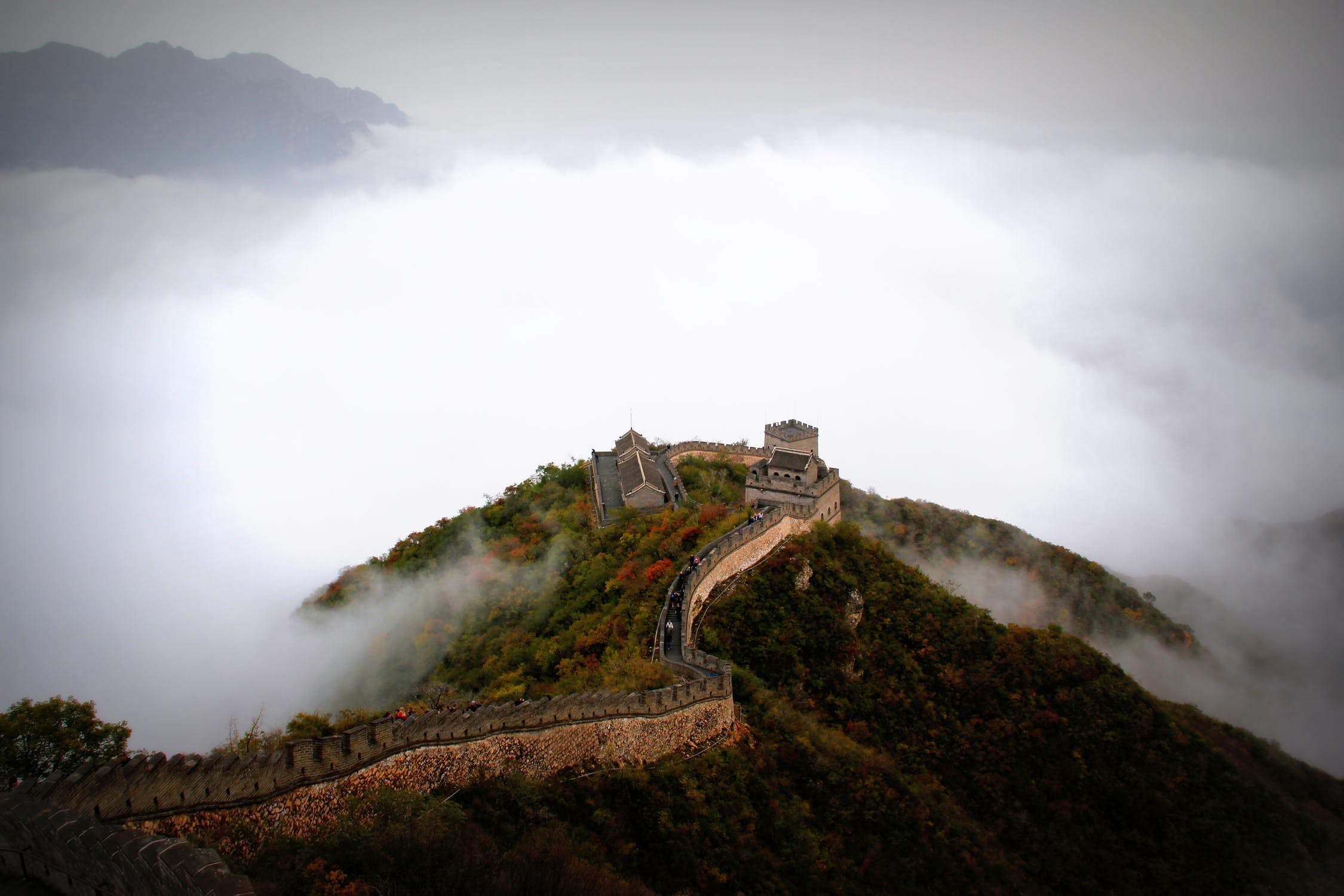 Picture a city in China and there’s a good chance that the image in your mind is one masked by a thick layer of smog. Rising air pollution is an uncomfortable truth for the Asian superpower but one it is at last trying to confront by developing and investing in electric vehicles.

The country is home to more factories – 48 current and planned – producing plug-in motors than the rest of the world combined and a recent study predicted the country will account for almost 60% of the world’s electric vehicle sales by 2035.

This is no accident. While at the moment, battery-powered cars might feel like the reserve of your particularly evangelical relative, soon they could dominate the automotive industry as diesel and petrol vehicles are phased out year by year – with bans in countries like the UK, France, Germany, Ireland, Netherlands, India, Israel and Norway due to commence between 2025 and 2040.

Automotive manufacturers are responding positively. A report published this week by data and analytics company GlobalData states there are currently three million electric vehicles globally, but this could rise to 300 million by 2040.

And the Chinese have apparently taken notice of this trend and poured billions into the market.

But how and why has a single country, even one with the economic agency and international influence of China, ostensibly come to dominate what appears to be the future of the world’s most prevalent mode of transport?

Starting at the source

Cobalt is a type of metal that is needed to form a particular alloy critical to the construction of electric vehicle batteries.

The overwhelming majority of this precious resource can be unearthed in the Democratic Republic of Congo (DRC) where, unsurprisingly, the Chinese have a vice-like grip on mining operations.

Dr Neil Munro, senior lecturer in Chinese politics at Glasgow University, tells Compelo: “Ever since the country became an industrial superpower, it’s been investing all over the place.

“You need about 10kg of cobalt to make one electric car. It’s very rare – about 60% is located in the Congo – and China is keen to get as much of it as possible.

“It’s looking for other minerals as well – it’s a very dangerous country to operate in at the moment so the process isn’t easy – but it’s clearly committed.

“And China has the money to invest and the engineering capability to make this all happen.”

It’s shrewd planning from China, which could potentially control the production of electric vehicles across the globe should it be able to establish a monopoly over the mineral.

In theory, western countries like the US and those in Europe, along with other economic powerhouses like Japan and India, would have to go through the Chinese in order to produce plug-in cars.

Ivan Glasenberg, chief executive of Swiss mining company Glencore, said in March: “If cobalt falls into the hands of the Chinese, you won’t see electric vehicles being produced in Europe.

“[Europe is] waking up too late. I think it’s because the car industry has never had a supply chain problem before.”

Has China truly cornered the electric vehicle market yet?

He looks to history as evidence for the fact that countries outside China will find ways of adapting and maintaining a stake in the market.

He tells Compelo: “It will be similar to other industries where this has been the case.

“Other countries will have to develop a different unique selling proposition, whether that be leading on innovation such as Tesla or Waze, quality and brand such as Jaguar Land Rover – which incidentally sources a lot of parts from China and sells a lot of its vehicles in the country – or price, as China has traditionally done.

“It’s also likely that the global supply chain will complicate the picture, with raw materials imported from the Congo, batteries built in China and other parts made elsewhere before the vehicle is assembled in Britain or Germany under a traditional brand.”

While China’s investment habits appear geared towards dominating the production of electric vehicles, it could be argued it’s not there yet with companies like US-based Tesla still dominating the headlines in the industry.

Dr Chittock says: “I wouldn’t say China has cornered the market yet – how many people could name a Chinese electric car maker today?

“However, it has laid the foundations for this to be the case in a few years.

“It produces and buys half the electric vehicles in the world, yet out of the total number of vehicles, this is still a relatively small number so there’s still time for existing original equipment manufacturers (OEM) to step up.”

Why does China want control over electric vehicles?

Electric vehicles are set to make for an increasingly lucrative market as they become more and more ubiquitous.

However, a country such as China stands to gain in more ways than just financially from dominating the industry.

Dr Munro says: “I think it’s investing so heavily in electric vehicles because it sees this as a way to cut its dependence on imported oil and to help with serious air pollution problems.

“China doesn’t have enough oil at the moment to fund its needs for petroleum and transport, as well as other purposes.

“It currently imports from Saudi Arabia and Iran – when the prices are low you’ll see China buying up a lot of oil.

“It also has a lot of problems with air pollution, mostly because of coal generation (about 70% of China’s total energy consumption and almost 80% of its electricity production comes from coal)  – it’s been trying to get that down for some time now.”

Air pollution is a problem that won’t go away in a hurry for China.

You’ll know from the number of products in your home that feature a “made in China” label that the country has become something of an industrial powerhouse over the past few decades since reformists opened up the economy in 1978.

It’s an enviable position to hold on the world stage, but it comes at a damaging cost to the environment.

Chinese emissions of nitrogen oxide – the primary cause of urban smog – have risen by 3.8% every year for the last 25 years, culminating in a 95% increase since the early 1990s.

And this show no signs of slowing down, with the levels of PM2.5 – the smallest inhalable deadly pollutant – increasing by 6% in 28 cities across the nation in the first quarter of last year.

And it’s having an impact on the wildlife, too, with more than one-third of fish species in the country’s famous Yellow River have been wiped out as a direct result of the polluted atmosphere.

In fact, air pollution across China has become so prevalent that it’s actually visible from outer space.

It means Chinese pilots will soon need to be equipped with and taught how to use auto-landing technology due to the rising incidence of visibility issues.

An opening left by the rest of the world

Dr Chittock feels that air pollution might not be the only cause, however, and believes China’s monopoly over electric vehicles is more due to the ineffective approach of other countries.

He says: “Traditionally, China hasn’t been an automotive manufacturer and doesn’t have big OEMs that can lobby governmental policy to help maintain the status quo.

“However, US, European and Japanese OEMs have struggled to maintain their existing market and develop a different vehicle with a separate supply chain and marketing angle.

“This has led to Chinese policy being comparatively pro-electric vehicle compared to many automotive producing countries.”

China is in the rare position of possessing both ample motivation and the required capacity to achieve its highly ambitious goals.

The rest of the globe, and companies like Tesla, have time yet to have their say.

But if they are unable to speak loud enough, the future of the world’s most popular type of transport might well be controlled by a single nation.